SEOUL, April 22 (Yonhap) -- Economic research institutes have painted a gloomy picture for South Korea's economic growth this year, cutting or considering slashing their growth forecasts, after the Bank of Korea (BOK) lowered its growth outlook last week, according to economists on Monday.

With the global economy showing signs of a downturn this year and warnings of a recession rising worldwide, growth momentum for South Korea's export-reliant economy has been moderating, they said.

The Korea Institute of Finance (KIF), a local think tank, is considering cutting its current growth forecast of 2.6 percent for the local economy.

"We have been considering slightly lowering our growth forecast, taking into consideration that first-quarter indicators, including investment, were worse than expected," Park Choon-seong, head of the macroeconomic research team at KIF, said.

The Korea Capital Market Institute (KCMI), which has expected the local economy to grow 2.6 percent this year, is also mulling a downgrade of its forecast.

The global semiconductor market had been expected to show a recovery in the second half of this year, but data suggests that the pace of a recovery may be slower than expected, according to Kang Hyeon-joo, a researcher at KCMI.

Kang anticipated that the local economy will grow 2.5 percent this year. 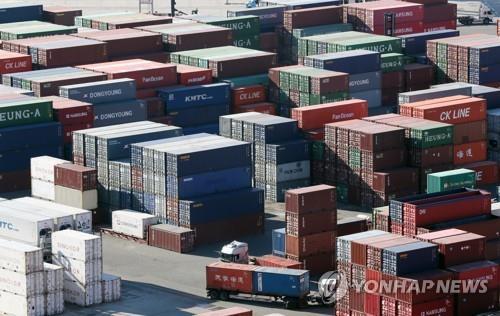 On Sunday, LG Economic Research Institute slashed its growth forecast for the local economy to 2.3 percent this year, marking a downgrade from its previous forecast of 2.5 percent.

The local economy is showing signs of the sharpest deceleration in growth since the 2008 global financial crisis, the institute said in a report.

The BOK's latest forecast is lower than the finance ministry's growth target of between 2.6 percent and 2.7 percent and the International Monetary Fund's 2.6 percent prediction.

As widely expected, the BOK left its policy rate unchanged at 1.75 percent for this month.

The BOK removed some hawkish wording in the April monetary policy statement, raising speculation that a rate cut could happen later this year.

However, Goldman Sachs said in a report that the BOK "delivered a broadly neutral tone in our view, by repeating several times that current macro conditions do not warrant consideration for a policy rate cut."

"We continue to expect the BOK will likely stay on hold for the remainder of this year," Goldman Sachs said.