Earlier this month, the South Korean government announced its plan to open to the public the so-called DMZ Peace Trails in three areas near the inter-Korean border: Goseong and Cheorwon counties in Gangwon Province and the city of Paju in Gyeonggi Province.

"Gen. Robert Abrams plans to visit Goseong on Tuesday, which apparently aims at checking the preparations as well as safety circumstances in the region," a military officer said, requesting anonymity. Abrams, commander of the U.S. Forces Korea, also leads the UNC, which oversees activities in the DMZ.

"After such a review, the UNC is likely to give a nod to the plan," he noted, adding that the approval is expected to be made soon.

On a trial basis, the tour program is scheduled to launch on April 27 at the Goseong course to mark the first anniversary of the Panmunjom Declaration signed by President Moon Jae-in and North Korean leader Kim Jong-un.

During a press briefing last week, the UNC's deputy commander said the UNC fully supports the plan and is coordinating with the Seoul government, stressing that its primary concern is the safety and security of visitors.

Last week, Seoul's Defense Minister Jeong Kyeong-doo visited the Goseong areas regarding the peace trail project, and Army Chief of Staff Gen. Suh Wook is also planning to go there on Monday, according to officers.

If pushed for as planned, it would mark the first time the DMZ will be accessible since the two Koreas have been divided. 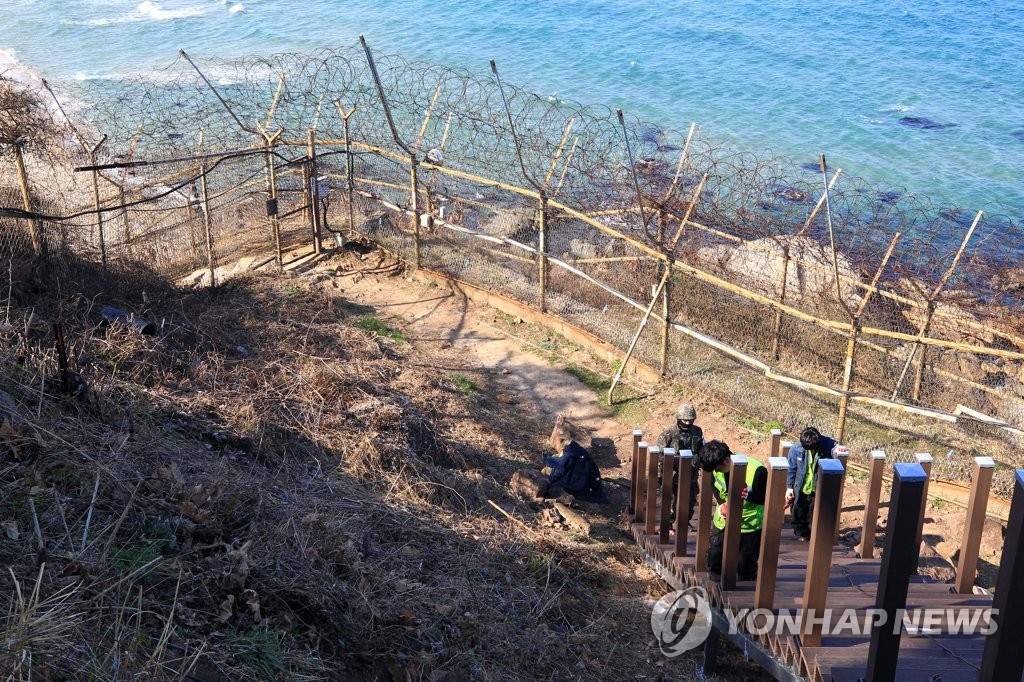