SEOUL, April 22 (Yonhap) -- The ruling Democratic Party (DP) and three opposition parties agreed Monday to fast-track bills on an electoral reform and the establishment of a unit to investigate high-ranking government officials over corruption.

Excluding the main opposition Liberty Korea Party (LKP), the four parties reached a package deal about the adoption of a new proportional representation election system and the establishment of the investigative unit.

Last month, the parties reached a tentative deal on an election overhaul, but they had been sharply divided over the scope of authority to be given to the probe unit.

Under the agreement, the unit, if established, will be able to investigate officials' alleged corruption, request courts to issue an arrest warrant and seek an appeal with the court over the prosecution's decision not to file charges.

An extensive authority for indictment will not be allowed for the unit. But it will be able to file charges against judges, prosecutors, and high-ranking police officers, an institutional tool that can keep prosecutors in check.

The DP initially opposed a proposal to separate the unit's authority to probe and file charges. But it yielded on a bill that gives the unit a limited right to indict.

"I think the unit will be given enough authority to play its role fully." 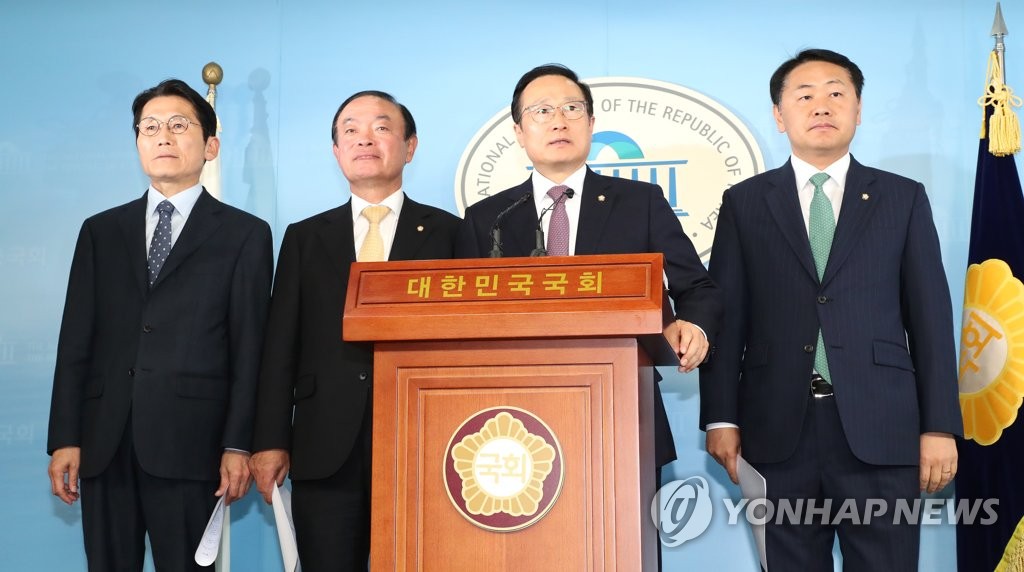 As for electoral reform, the overall number of parliamentary seats will remain unchanged at 300 while the number of proportional representation slots will increase to 75 from the current 47.

The parties agreed to introduce a mixed-member proportional (MMP) representation system in which parliamentary seats are tied to the percentage of voters' support rates for parties, but will operate it in a less strict manner.

The parties plan to hold separate meetings with their lawmakers, on Tuesday, to approve the agreement.

Then, special parliamentary committees on political and electoral reforms will review the deal by Thursday in a bid to spur the fast-track designation of the relevant bills.

The National Assembly can designate a bill that fails to get bipartisan support as a fast-track proposal if three-fifths of lawmakers approve the move. This is aimed at preventing a proposal from remaining pending in parliament too long.

The LKP is expected to vehemently oppose the other parties' move. The conservative party has pledged to mobilize every means to deter the fast-track bid.

The four parties said they will seek good-faith consultations with the LKP even after those proposals are designated as fast-track bills.