In the January-March period, Hyundai Motor is estimated to have posted a net profit of 762 billion won (US$667 million), up 4 percent from 731.64 billion won a year earlier, according to data from FnGuide, a Seoul-based market research firm.

Robust sales of the flagship Palisade SUV in the domestic market and the won's weakness to the U.S. dollar might have given a boost to the carmaker's first-quarter results, analysts said. 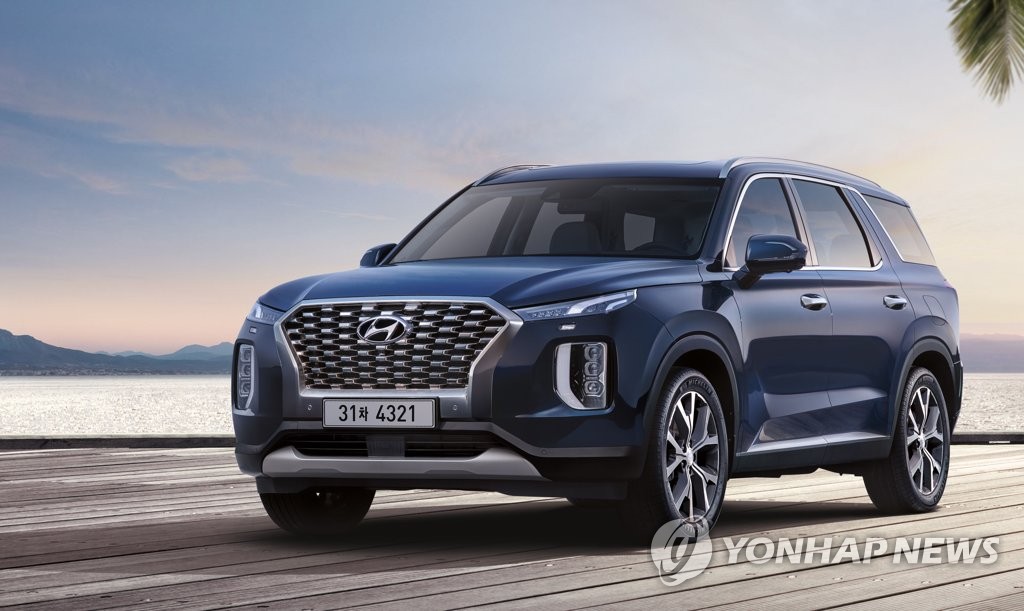 Hyundai domestically launched the all-wheel drive and three-row Palisade in December and plans to introduce it in the United States in the summer of 2019.

The Korean won weakened to an average of 1,125.08 won to the greenback in the first quarter from 1,072.29 won a year earlier, according to data from the Bank of Korea. A weaker won drives up the value of dollar-denominated earnings when carmakers convert them into the local currency.

In the first three months, Hyundai Motor is projected to have posted an operating profit of 812 billion won, up 19 percent from 681.29 billion won a year ago. Sales also rose 3.5 percent to an estimated 23.23 trillion won from 22.44 trillion won during the same period, the FnGuide data showed.

Keeping the first-quarter results from improving further, the won's strength against currencies in emerging markets and costs involving a delayed launch of the all-new Sonata sedan this month might have weighed on the bottom line.

In the fourth quarter ended December, Hyundai shifted to a net loss of 203 billion won from a net profit of 1.28 trillion won a year ago due mainly to weak demand in China, the world's biggest automobile market.

Hyundai's vehicle sales in China plunged 31 percent to 785,006 units in 2017 from 1,142,016 a year ago due to a diplomatic row between Seoul and Beijing over the deployment of an advanced U.S. missile defense system called THAAD in South Korea.

Sales remained weak at 790,177 last year in the neighboring market due to a lack of competitive SUV models and tougher competition with local rivals.