It was part of a series of meetings Minister Kim has been having with foreign diplomats since taking office earlier this month. Last week, he met with ambassadors of the United States, China and Japan.

"South Korea and Russia have long discussed ways for trilateral cooperation between the two Koreas and Russia since the establishment of diplomatic relations. I hope we continue close consultations down the road to realize it," Kim said during the meeting held at the government complex in Seoul.

Also, he expected the upcoming Kim-Putin meeting to help ease the geopolitical tension on the Korean Peninsula in the future, according to the Ministry of Unification.

In response, Ambassador Kulik said Russia has been putting in efforts to realize trilateral cooperation and that such cooperation projects can lead to economic benefits.

"I believe that it will be meaningful not just for economic gains, but also for the Korean Peninsula's peace process," Kulik said through an interpreter.

"I would like to emphasize that Russia's and South Korea's stances are very similar in approaching the peninsula's peace process and resolving the North Korean nuclear issue," he added.

The two agreed that closer collaboration between Seoul and Moscow is essential for peace and denuclearization on the Korean Peninsula and the Northeast Asian region, the ministry said.

The meeting took place as North Korea and Russia have been preparing to hold the first summit between their leaders in eight years. The Kremlin announced last week that Putin will meet with the North's Kim in the second half of this month without giving further details.

Referring to reporters who were present at Monday's meeting, the minister said "many of the reporters here will be heading to Vladivostok today or tomorrow," seeking Russia's support for the press to cover the upcoming summit. 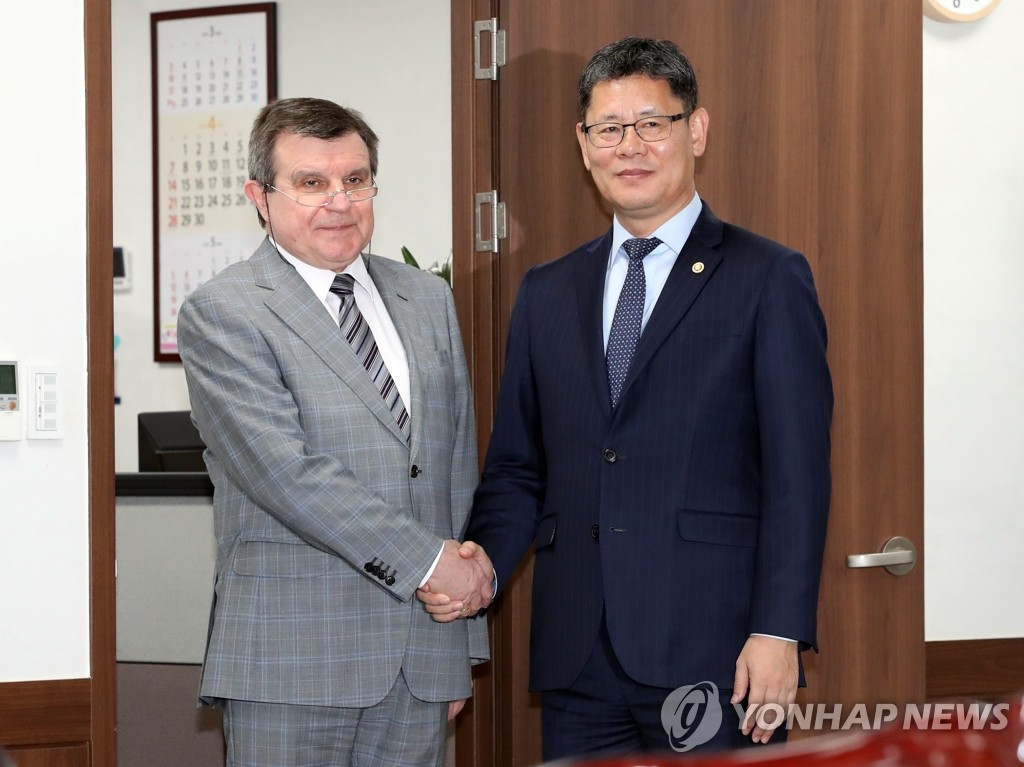