SEOUL, April 22 (Yonhap) -- Chart-smashing K-pop girl band TWICE is gearing up for their first solo concerts in United States cities with the release of their new album, "Fancy You," on Monday.

The six-track album marks a major stylistic change for the five-year-old girl group, whose shining and cheering music and dance have appealed widely to fans at home and abroad.

TWICE was the first K-pop girl band to throw concerts at Japanese domes, which accommodated a total of about 50,000 fans in the neighboring country.

This year, the nine-piece band is throwing its first world concert tour, which has nine stops, including, for the first time, four cities in North America, such as Los Angeles on June 17, Mexico City on June 19, as well as Newark and Chicago.

Ahead of the tour, TWICE dropped "Fancy You" on Monday, whose main track, "Fancy," freshly brings out the girl crush vibes of the girl band.

"One of our goals for this album was to prove that we can bring out our new sides while we retain our existing image as an energetic, bright (girl band)," member Nayeon said in a press showcase of the new album.

"Coming back with the first Korean album for 2019 "Fancy You," I think, became a turning point for TWICE," member Chaeyoung noted. 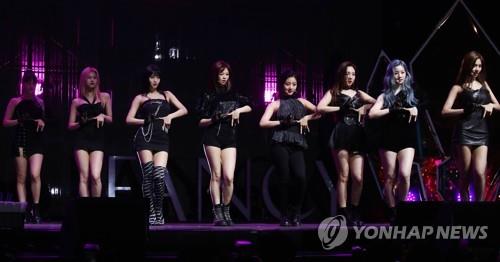 Member Momo said it was "dream-like" to meet and entertain so many Onces, referring to the band's fandom name. "It was possible thanks to so many Onces," she said.

Asked about their approaching world tour, Nayeon said, "We became ambitious in terms of that. I had this wish to go all around the world to meet with Onces and show them our different sides."

Including "Fancy," the new album has six tracks, for four of which TWICE members wrote the lyrics.

Jihyo wrote the lines for the third track "Girls Like Us." "It was what I wanted to say as a 23-year-old to those who want to run way while running toward their dream," she said.

Sana wrote the lines for "Turn It Up," with a wish to "sing and enjoy with Once." Momo and Chaeyoung wrote the lyrics for "Hot" and "Strawberry," respectively.

Dahyun, who dyed her hair silver blue for this album, asked for special attention to the band's performance on stage and in the music video that features the members' disciplined group dance. 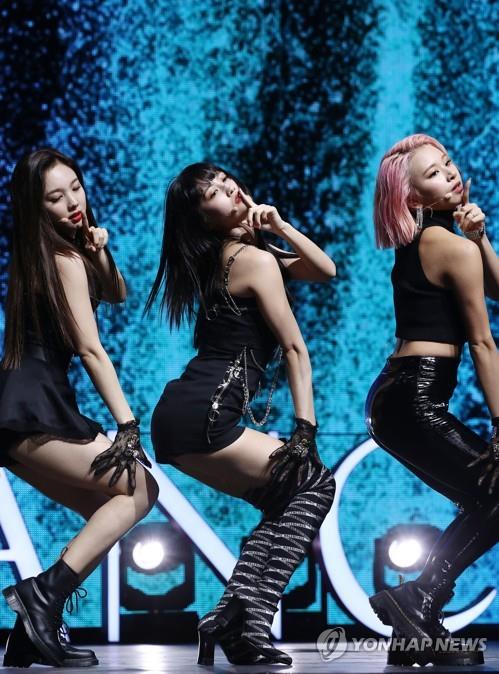 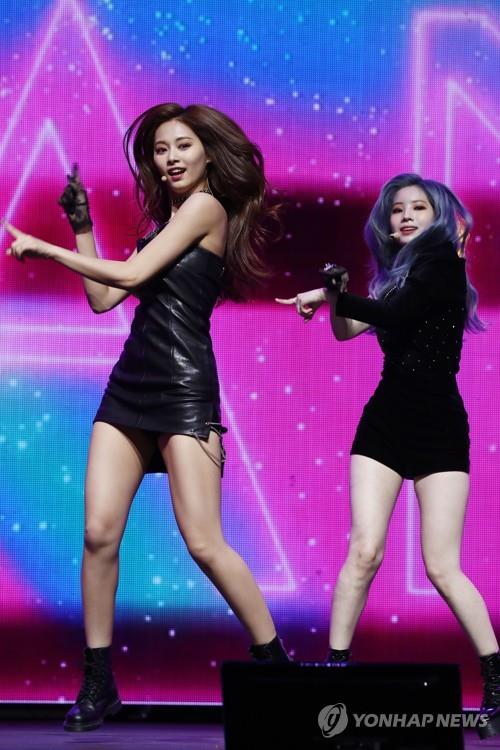 TWICE expands to U.S. cities with release of new album 'Fancy You'

TWICE expands to U.S. cities with release of new album 'Fancy You'