WASHINGTON, April 22 (Yonhap) -- U.S. President Donald Trump has decided not to extend waivers for imports of Iranian oil for South Korea and other countries, the White House said Monday.

South Korea, which relies heavily on Iranian condensate to produce petrochemical products, had been in negotiations with the U.S. to gain an extension to the waiver that expires May 3.

The White House said in a statement that the decision is "intended to bring Iran's oil exports to zero, denying the regime its principal source of revenue."

The U.S. issued the waivers to eight economies, including South Korea, in November, after it withdrew from a 2015 nuclear deal with Iran and reimposed tough sanctions on the country.

"We have agreed to take timely action to assure that global demand is met as all Iranian oil is removed from the market," the statement said. 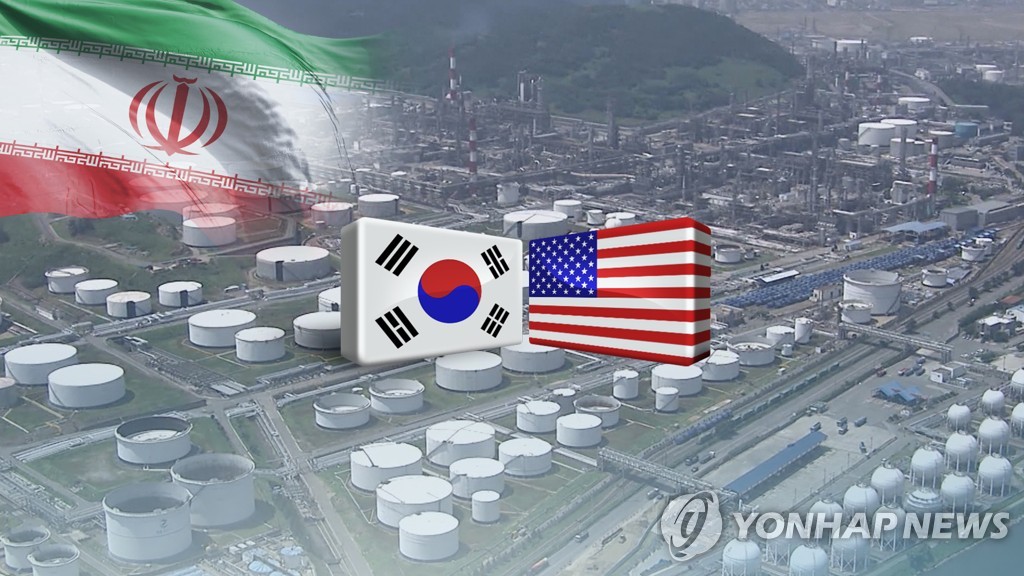 Petrochemical products are among South Korea's leading export items, along with semiconductors.

Following the announcement, Seoul's foreign ministry said in a statement that the government has been negotiating with the U.S. at all levels to extend the waivers, and that it will continue to make every effort to reflect Seoul's position until the May 2 deadline for the extension.

He told reporters at the time that the South Korean government is looking for alternatives to Iranian imports but that "it's not an easy situation."

U.S. Secretary of State Mike Pompeo said the U.S. stands by its allies and partners as they transition to alternatives.

"We will continue to apply maximum pressure on the Iranian regime until its leaders change their destructive behavior, respect the rights of the Iranian people, and return to the negotiating table," he said in a statement.

The seven other economies that were granted waivers were China, India, Greece, Italy, Taiwan, Japan and Turkey. Three of them -- Greece, Italy and Taiwan -- have reportedly already reduced their imports to zero.