SEOUL, April 23 (Yonhap) -- Shawn Ho, a 33-year-old Singaporean scholar on Korea issues, is pinning high hopes on South Korea's drive to cement ties with Southeast Asian countries, a fresh source of impetus into his decadelong study on the ever-changing peninsula.

With President Moon Jae-in's New Southern Policy in full swing, Ho anticipated that it would allow the relationship between South Korea and the 10-member Association of Southeast Asian Nations (ASEAN) to evolve into a multifaceted "win-win" partnership.

In a bid to diversify Seoul's diplomacy, Moon has been pursuing the policy under the slogan of three Ps -- people-oriented exchanges, mutual peace and prosperity -- and pushing to elevate ties with ASEAN to the level of those with four major countries, including the United States.

"Since South Korea and Southeast Asia are in the same East Asian region, with many similarities in culture and facing similar challenges in their societies, it is important and natural to work more closely with one another," said Ho, an associate research fellow at the S. Rajaratnam School of International Studies of Nanyang Technological University in Singapore.

"I wish more Southeast Asians can develop an interest in the complex Korean Peninsula issues, which are not just about South and North Korea but also concern all the major powers and other countries in the region and beyond," he added. 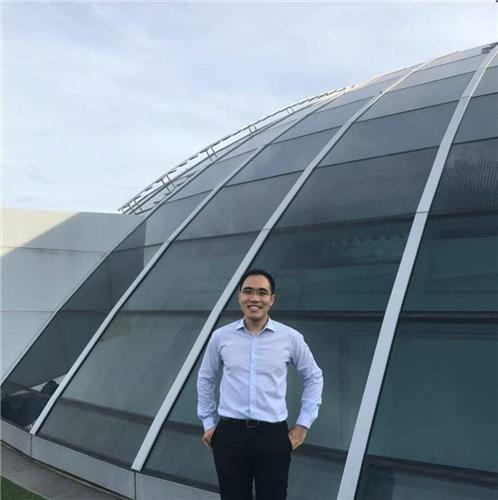 Moon's initiative has come amid Seoul's growing awareness of the strategic importance of the regional bloc associated with its geopolitical value, growth potential and rich resources, just to name a few.

ASEAN consists of Brunei, Cambodia, Indonesia, Malaysia, Myanmar, the Philippines, Singapore, Laos, Thailand and Vietnam. As a whole, it has around 640 million people -- the world's third-largest population after China and India -- with its gross domestic product reaching US$2.7 trillion, the third largest in Asia.

The bloc, moreover, boasts strategic locations linking the Indo-Pacific region that hosts the world's most crucial trading and energy supply routes -- a reason why the U.S., China and other major countries have been vying for influence over ASEAN.

Its regional influence got even sturdier in late 2015, when it launched the ASEAN Community, an integrated group consisting of economic, socio-cultural and politico-security pillars.

In tune with the bloc's consistent push for "One Vision, One Identity and One Community," the inception of the community marked a major milestone in the regional integration endeavors.

Backing his diplomatic outreach, Seoul has established a presidential panel on the New Southern Policy and plans to create a foreign ministry division dedicated to ASEAN affairs. It is also preparing to mark the 30th anniversary of South Korea-ASEAN dialogue relations with a commemorative summit in the southern port city of Busan in November.

But there is still room for improvement in Seoul's handling of the region marked by different development gaps, political systems, languages, religions and races.

"(Moon) is already doing a good job with regard to his ASEAN policy, but it would be even better if President Moon and his team can share more about his government's different approaches to different Southeast Asian countries," Ho said.

"And also share with us more concrete and tangible ideas of what the South Korean government intends to do or pursue in Southeast Asia," he added.

Hoo Chiew-Ping, a senior lecturer in strategic studies and international relations at the National University of Malaysia, also called for more concrete actions to fulfill Moon's policy pledge to upgrade relations with ASEAN.

"South Korea can also translate its formidable Hallyu power into realizing business potentials, such as the introduction of Korean department stores in urban cities of Southeast Asia, just to name a few," she added, referring to the Korean wave of its pop culture.

"I hope that even after the Moon administration, the subsequent South Korean governments can continue to include ASEAN as a significant part of their foreign and trade policy," she said.

"Promoting widespread acceptance between Korea-ASEAN citizens can contribute to deeper exchanges not only in economic, cultural and diplomatic interactions but also act as a bridge between Northeast and Southeast Asia," she added.

Both Ho and Hoo raised the need for South Korea to explore ways to utilize ASEAN as a neutral platform for engagement with North Korea.

"Since all ASEAN member states have diplomatic relations with North Korea, South Korea can seek a third party platform of engagement through ASEAN and Southeast Asia, as illustrated in the historical U.S.-North Korea summits hosted by Singapore and Vietnam," Hoo said.

"This can complement the 'peace' pillar of the New Southern Policy, where the ASEAN-Korea could experiment with this unique trait of ASEAN's connection with the two Koreas by beginning with the people-to-people exchanges." 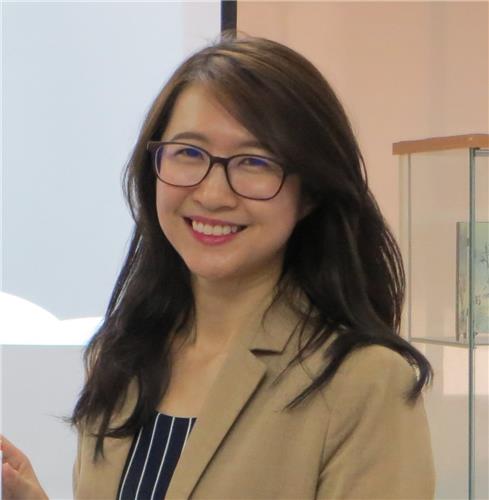