SEOUL, April 23 (Yonhap) -- North Korea is unlikely to participate in an event that South Korea is preparing to hold this week in celebration of the anniversary of last year's first summit between President Moon Jae-in and North Korean leader Kim Jong-un, a unification ministry official said Tuesday.

The government earlier said that it notified the North of the planned event through an inter-Korean liaison office in the North's border town of Kaesong on Monday. It provided details on its date, venue and program, though it did not include an official invitation, the official said.

"There has been no response from the North since yesterday's notification," he told reporters on condition of anonymity. "I expect that the likelihood of (the North's) participation is not high, though it still remains to be seen."

Around 500 guests, including foreign diplomats, politicians and officials from the United Nations Command, are expected to attend the event, which will also be broadcast live nationally.

Artists from four countries -- South Korea, the United States, Japan and China -- will perform at the border village of Panmunjom on Saturday to mark the first anniversary of the summit held April 27, 2018.

The Moon-Kim meeting was the first summit held between the two Koreas since 2007. The two held two more summits in May and September.

North Korea has been lukewarm over joint inter-Korean projects amid the stalled denuclearization talks following the breakdown of its February summit with the U.S.

Some observers say that the North might not be prioritizing the event as it is busy preparing for leader Kim's planned trip to Russia for his first summit with President Vladimir Putin.

Earlier in the day, the North's state media reported that Kim will "soon" visit Russia for talks with Putin. Though it did not provide further details, including when and where the meeting will take place, they are widely expected to meet in Russia's Far East city of Vladivostok on Thursday.

As Kim is expected to embark on his trip by train to Russia as early as Tuesday afternoon, experts say that Seoul might have to put on hold its push for a fourth summit with the North Korean leader for the time being.

Moon earlier said that he wants to meet the North's leader regardless of the venue or the format as part of efforts to help break the deadlock in nuclear talks between the North and the U.S. The North has not responded to the offer yet.

Asked if the North may not be able to respond to Seoul's push for an inter-Korean summit for some time as leader Kim starts his trip to Russia, the ministry official said he thinks so. 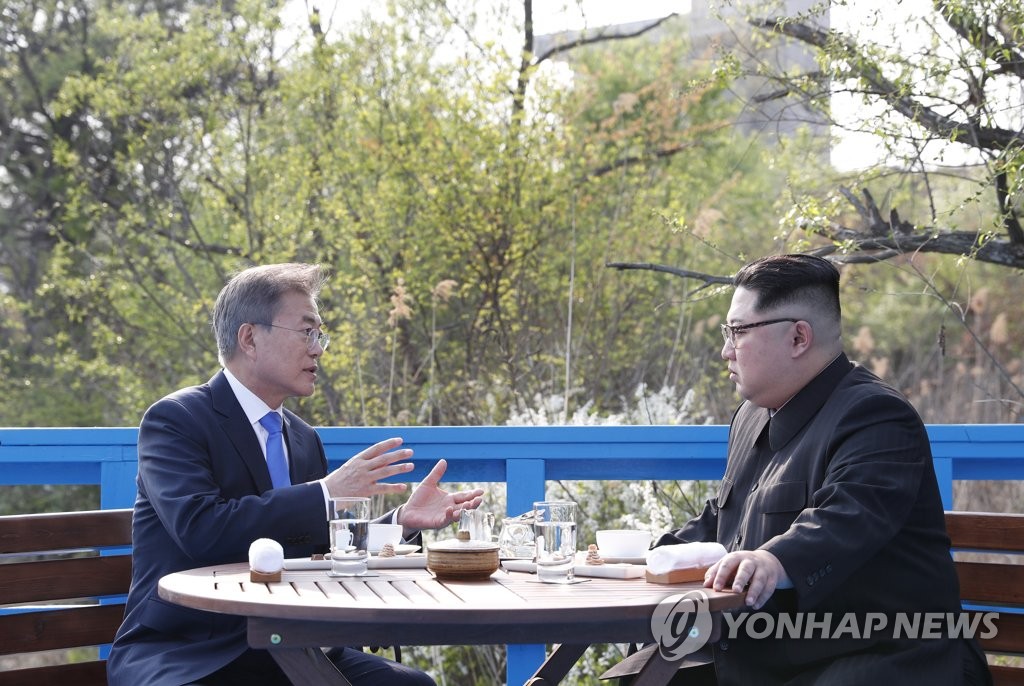