SEOUL, April 23 (Yonhap) -- The upcoming summit between North Korean leader Kim Jong-un and Russian President Vladimir Putin is unlikely to influence the stalled nuclear negotiations between Washington and Pyongyang, though it could show Pyongyang has another world power to fall back on, experts said Tuesday.

Kim and Putin are expected to hold their first summit in Russia's Far Eastern city of Vladivostok on Thursday. It will be the first of its kind between the two countries in eight years since Kim's father and the North's former leader Kim Jong-il met with then-Russian President Dmitry Medvedev in 2011.

The upcoming summit comes at a time when the nuclear talks between Pyongyang and Washington have stalled after the Hanoi summit between Kim and U.S. President Donald Trump in February fell through due to differences over how to exchange Pyongyang's denuclearization measures and Washington's sanctions relief.

Experts said the Kim-Putin summit is not expected to have any major impact on the denuclearization negotiations because Washington remains firm in its hard-line stance that there won't be any sanctions relief before the North's complete denuclearization.

"As long as Washington insists on a big deal for North Korea, which is no way near Pyongyang's road map of partial lifting of sanctions, there is little hope (for the Kim-Putin summit ) to have any effect," Nam Chang-hee, a political science professor at Inha University, said. 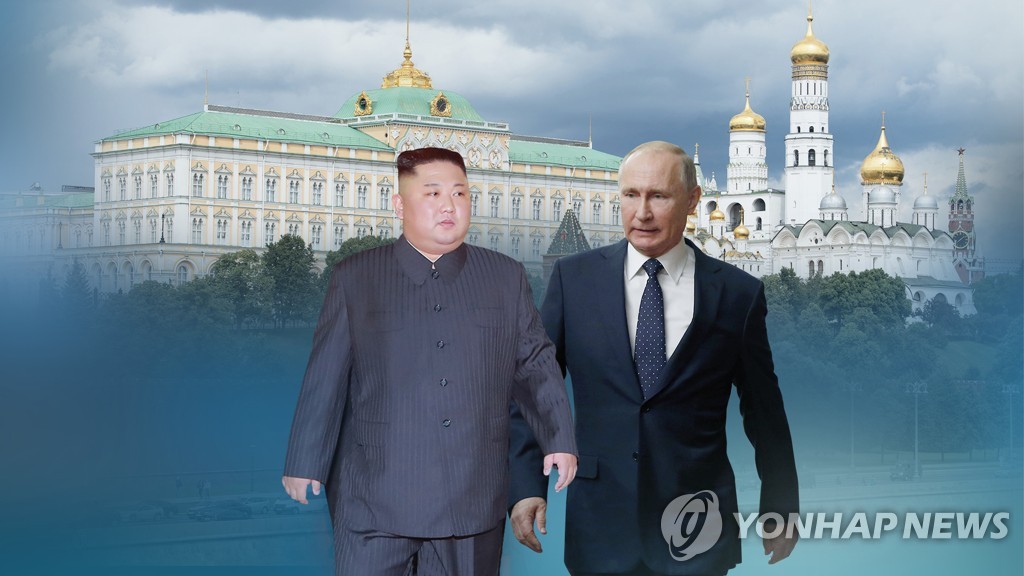 Washington's "big deal" refers to its position that Pyongyang will only get sanctions relief in the event of complete abandonment of its nuclear programs.

But Kim still has plenty of reasons to look forward to the meeting with his Russian counterpart, as it is another chance for the young leader to prove to the world, and Washington, that he has his foreign diplomacy up and running with other world leaders besides the United States and China, Nam noted.

"Kim knows how to exploit his country's geographical merit and is seeking to use that to his advantage, perhaps to send Trump a message that upping pressure on his regime would not be a wise option, in a desperate move to keep its diplomatic leverage," he said.

Park Won-gon, a professor of international politics at Handong Global University, concurred with the view.

"The summit may well be no other than a symbolic move demonstrating that Pyongyang under Kim's leadership can also diversify its foreign policy from the China-oriented one," he said.

Experts predicted that some sort of a joint announcement by Kim and Putin could be made following their summit, to which Washington will pay much attention.

Although it will most likely be a mere declaration of principles, Park said there's a possibility that Putin announces Russia's support for Kim's phased-in method of denuclearization.

"If that's the case, to what degree and how explicitly Russia will make its statement will be a point worth watching, and that will be the message to Trump," he said.

Kim-Putin summit to have little impact on denuclearization talks with U.S.: experts

Kim-Putin summit to have little impact on denuclearization talks with U.S.: experts