Moscow and Pyongyang have confirmed that Kim will visit Russia for the summit, but they did not disclose its date and venue. Media speculate that he is likely to arrive by train in Russia's Far Eastern city of Vladivostok on Wednesday and hold the talks the following day.

Kim Chang-son, the North Korean leader's protocol chief, and other staff members have been seen checking facilities in Vladivostok, including those of the Far Eastern Federal University, where the leaders of the two countries are expected to meet.

A diplomatic source here said that Moscow and Pyongyang appear to be fine-tuning the schedule for a dinner between Kim and Putin on Wednesday and their formal meeting the next day.

Should he decide to travel by train, Kim would travel a distance of around 1,200 kilometers from Pyongyang on a trip expected to take 20 hours or more given the poor railway conditions in some stretches toward the border with Russia.

The federal university on Russky Island of Vladivostok is seen as the most likely summit venue, as it has so far hosted a series of top-level international events, including the 2012 Asia Pacific Economic Cooperation summit.

The university is also a site of Russia's annual Eastern Economic Forum designed to publicize and strengthen Moscow's policy initiative to attract investment for and expedite the development of the Far Easter region.

Security on a bridge leading to the insular university is relatively easy to control, another reason why the university has been cited as a likely summit site. 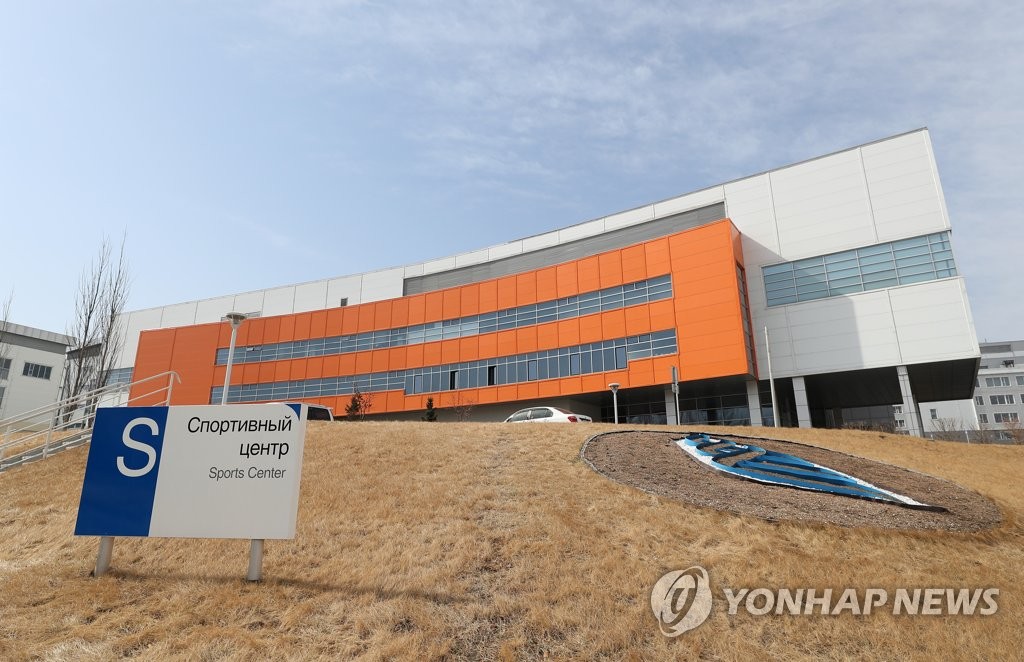 In a sign of last-stage preparations for the possible summit at the university, people attached the flags of North Korea and Russia to poles lining the street in front of the Sports Center and hotel inside the university.

Reporters from South Korea, China, Japan and other countries thronged the street to cover the venue, while apparent security personnel asked them to move out. Some people were seen bringing sniffing dogs inside the hotel.

Once a summit is held, Kim and Putin may hold a one-on-one session and then an extended session with their policy staff as it has been the usual case for summit events. Reports said that Kim may stay in Vladivostok until Friday.

Following the summit, Kim is expected to take a tour of the city or its vicinity, observers said. It remains uncertain whether Putin can accompany Kim as he is set to depart for Beijing for an international conference slated for Friday and Saturday.

The conference in the Chinese capital is about Beijing's "One Belt One Road" initiative, a grand geopolitical strategy to connect China with Southeast Asia, Central Asia, Europe and Africa through "land and maritime silk roads."

Kim's tour, if realized, may include visits to the Far Eastern stage of the world-renowned Mariinsky Theatre in Saint Petersburg, the Pacific Fleet headquarters and some factories producing milk or chocolate, observers said.

Kim may also visit the Primorsky Aquarium, one of the most popular tourist attractions in the Far East. On its website, the aquarium said that it will be closed Friday.