SEOUL, April 23 (Yonhap) -- A group of South Korean officials will head to Washington this week for follow-up talks on a U.S. decision not to extend sanctions waivers for South Korea and seven other importers of Iranian oil.

The delegation, led by Deputy Foreign Minister for Economic Affairs Yun Kang-hyeon, will meet with their U.S. counterparts to hear Washington's position in detail with regard to the decision to end sanctions exemptions for Iranian oil imports.

"Our goal is to seek consultation. That's what we are trying to do," a foreign ministry official said, without elaborating.

The Trump administration on Monday said it will not reissue the 180-day waivers granted last year to China, India, Korea and others for the importation of Iranian oil and that the outright ban will come into effect from May 3.

Washington's decision has raised concerns in Korea that it will deal a blow to the local petrochemical industry that heavily depends on Iranian products, particularly a light oil called condensate used as feedstock for refining.

The South Korean government said in a statement released right after Washington's announcement that it will continue its efforts until the May deadline for the extension of the exemptions. 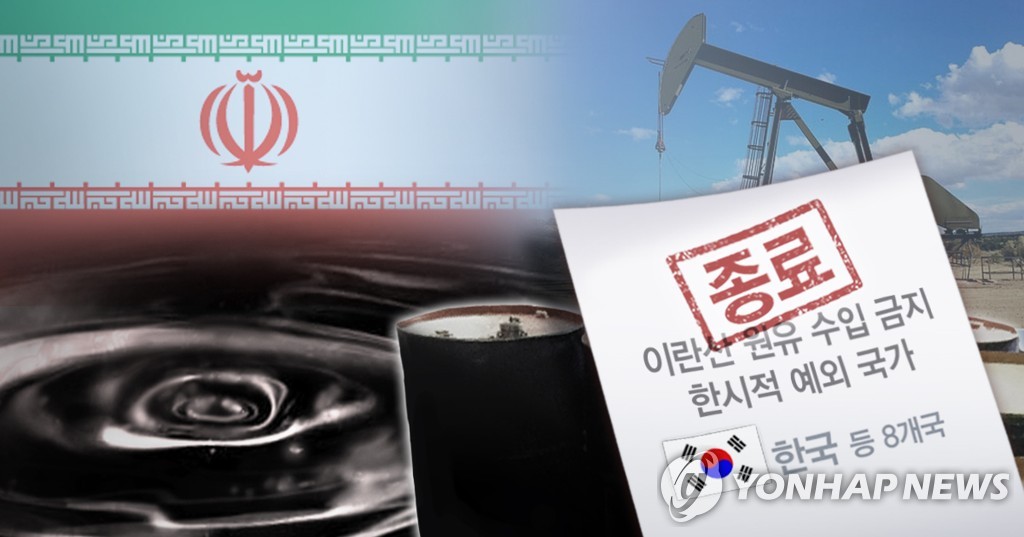