Kim's special train left for Russia earlier in the day, the Korean Central News Agency said. It did not specify from where it departed and where it is headed.

The Kremlin earlier said that the summit will be held in Russia's Far East city of Vladivostok on Thursday.

If the train departed from Pyongyang, it will likely take at least 20 hours to get to Vladivostok.

Kim's train is expected to run on a route across a railroad bridge connecting the North's northeastern city of Rason with the Russian border city of Khasan. Russian media say that Kim will arrive in Vladivostok late Wednesday and stay there until Friday. 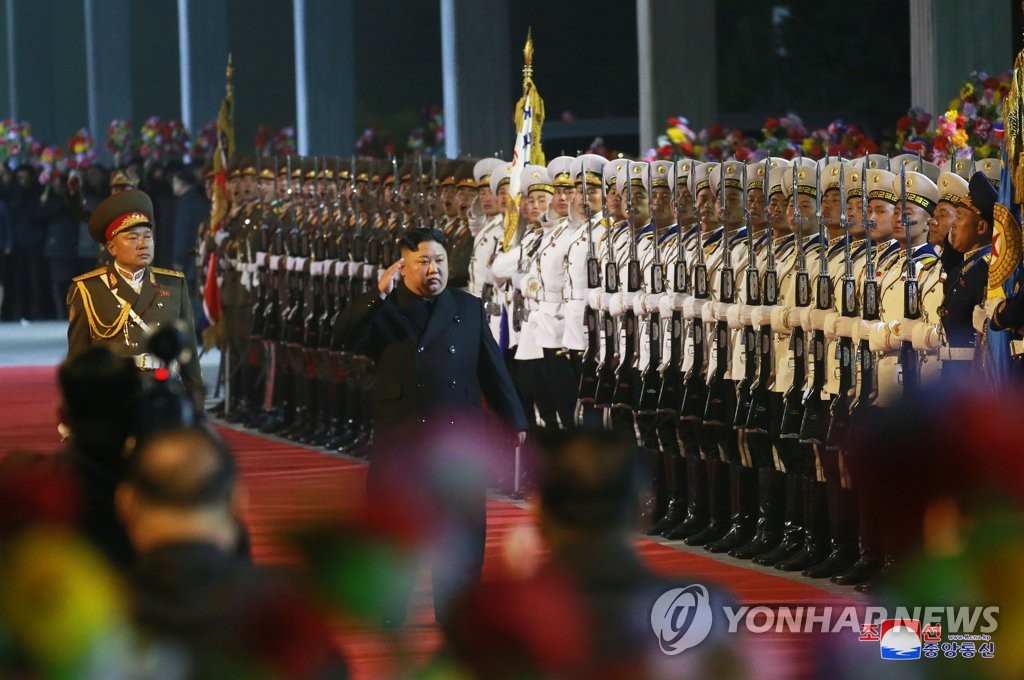 Kim was accompanied by officials, including Kim Phyong-Hae, O Su-yong, Ri Yong-ho, Ri Yong-gil and Choe Son-hui. The KCNA did not mention whether first lady Ri Sol-ju was on board.

Kim Yong-chol, one of the North's key nuclear negotiators involved in talks with the United States, was not mentioned either. It is the first time that he has not accompanied the leader on overseas trips.

On Tuesday, North Korean media reported that Kim will "soon" visit Russia for talks with Putin but didn't provide further details on when and where the meeting will take place.

The upcoming summit will be the first meeting between the leaders of the two countries in eight years, after Kim's late father, former leader Kim Jong-il, met then Russian President Dmitry Medvedev in 2011.

It will also mark the first time for Kim to travel abroad after his February summit in Hanoi with U.S. President Donald Trump ended without a deal as they failed to find common ground over the scope of Pyongyang's denuclearization and Washington's sanctions relief.

North Korea has been stepping up its diplomacy with neighboring countries, including Russia and China, since the breakdown of the Hanoi summit -- a move experts see as an effort to secure support in its nuclear negotiations with the U.S.

The Kremlin said that the denuclearization of the Korean Peninsula will be one of the top agenda items to be discussed during their summit.

Observers said that Kim and Putin are also expected to discuss the expansion of the two countries' economic cooperation during the summit.