After its wee-hour departure from an undisclosed North Korean station and a stopover in the Russian border city of Khasan, Kim's special train pulled into the Pacific port city where Russian police have kept tight security for his first visit to the country since he took power in late 2011. 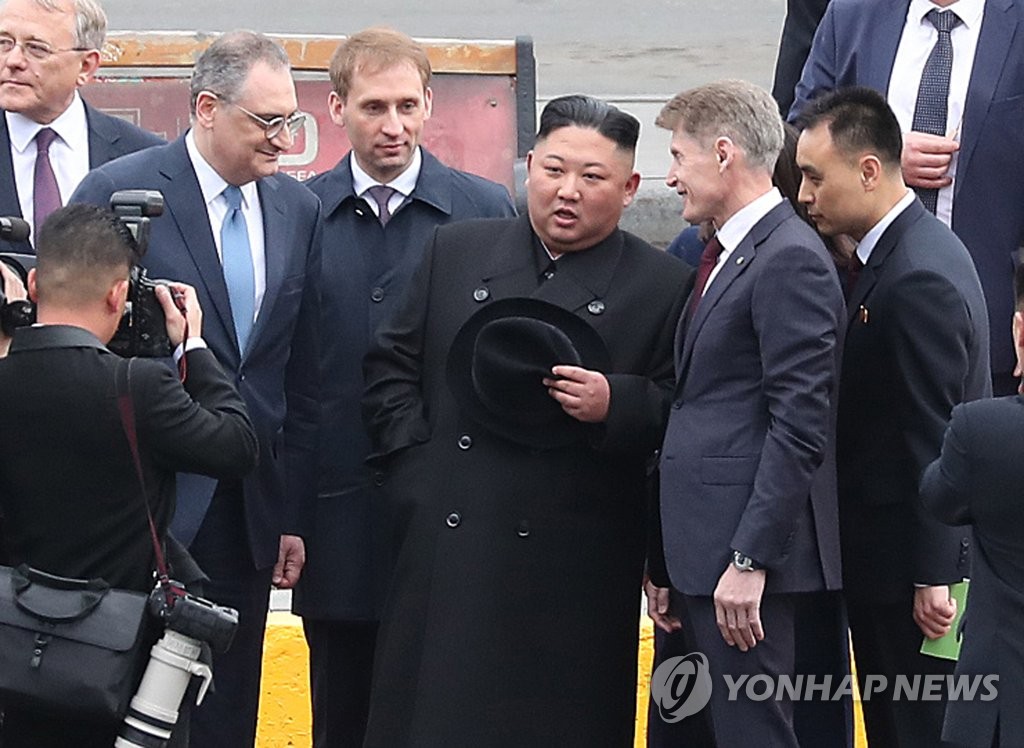 Disembarking from the train, Kim, wearing a black coat, flashed a broad smile to a throng of Russian officials and people welcoming his arrival. After an honor guard inspection, he was whisked away in his signature black Mercedez-Benz sedan in front of the station.

At Khasan, Kim voiced hope for "useful talks" with Putin about regional stability, slated for Thursday, while extending his appreciation for the Russian people's hospitality.

"During the meeting with your president, (I) will exchange opinions on many issues and I believe (the summit) will be an opportunity for very useful dialogue in stably managing and jointly adjusting the situation in this region," he told a Russian news broadcaster.

In the border city, he was greeted by senior Russian officials, such as Alexander Kozlov, minister for the development of the Russian Far East, and Oleg Kozhemyako, governor of Primorsky Krai.

"(My) visit to Russia this time will not be the last one. This will only be a first move (in the development of bilateral relations)," Kim told Kozlov according to a press release posted on the website of the Primorsky Krai government.

The summit with Putin will be a key test of Kim's diplomatic capacity amid his push to ease sanctions pressure, catalyze his lackluster drive for economic development and break a logjam in a denuclearization parley with Washington.

It marks his first trip abroad since his second summit with U.S. President Donald Trump in Hanoi in February fell apart due to a failure to bridge differences over the scope of Pyongyang's nuclear disarmament and Washington's sanctions relief.

Since the no-deal summit, Pyongyang has been seen trying to close ranks with its traditional major-power backers, China and Russia, while calling for flexibility in Washington's hard-line stance in hitherto unfruitful nuclear negotiations.

The state media did not mention whether first lady Ri Sol-ju was on board.

Kim Yong-chol, one of the North's key nuclear negotiators involved in talks with the U.S., was not mentioned either. It is the first time that he has not accompanied the leader on an overseas trip. 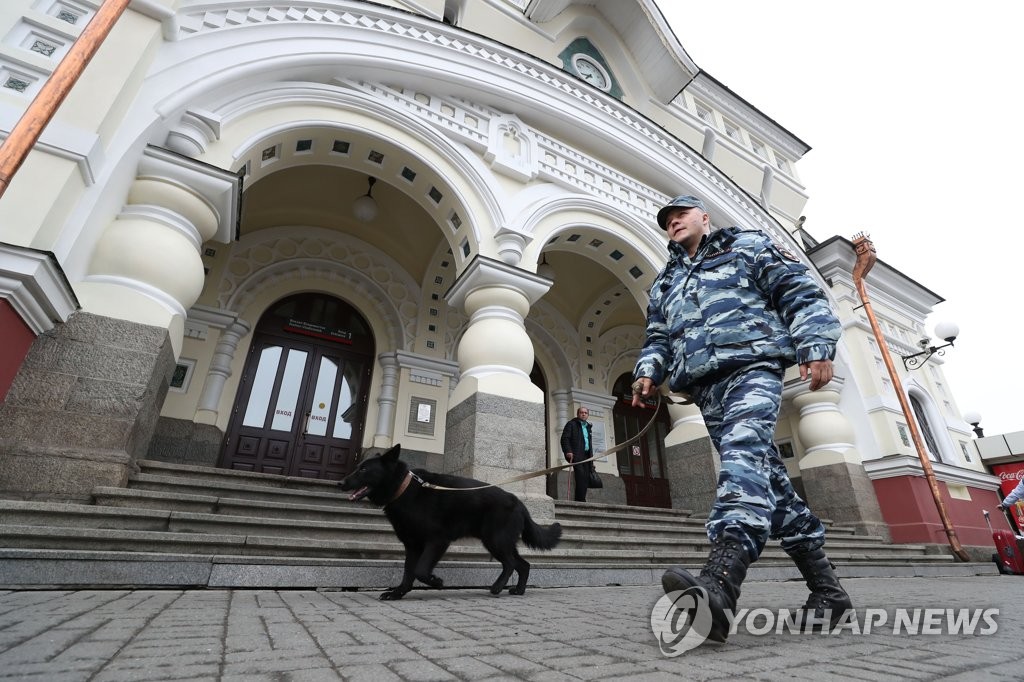 The Kremlin has confirmed that the summit will occur in Vladivostok on Thursday. Yuri Ushakov, a Kremlin aide, has told reporters that the main summit agenda item will be how to resolve the North Korean nuclear standoff.

It also stressed that Russia would be the first country that Kim visits after his recent re-election as the chairman of the State Affairs Commission, the country's highest administrative apparatus.

Due to his hectic domestic schedule, Putin is expected to arrive in Vladivostok on Thursday. But Yury Trutnev, Russia's deputy prime minister and presidential plenipotentiary envoy to the Far Eastern Federal District, could welcome Kim at a Vladivostok station.

The Putin-Kim summit is likely to take place at Far Eastern Federal University as Kim's security and protocol staffers have been spotted making final summit preparations, with the flags of Russia and the North hung on campus light poles.

According to the Kremlin, Kim and Putin will first hold a face-to-face meeting and then be joined by their delegation members. A formal reception will also be held.

Key officials in Kim's entourage are expected to join an extended summit session.

The summit agenda is expected to center on peace efforts on the divided peninsula, economic cooperation and bilateral ties.

It may also include the fate of around 10,000 North Korean workers in Russia who will face repatriation by the end of this year under U.N. sanctions banning any country for issuing new visas for such workers, a crucial source of foreign currency for the cash-strapped regime.

Thursday's summit will be the first one between the leaders of the two countries in eight years, after Kim's father and the North's former leader, Kim Jong-il, met then Russian President Dmitry Medvedev in 2011.

Kim's latest summit diplomacy is part of the diplomatic outreach that he launched last year to ease global isolation and advance his economic agenda following his claim in late 2017 to have completed the state nuclear force.

In Washington, the State Department stressed the importance of North Korea's denuclearization.

"The United States and the international community is committed to the same goal -- the final, fully verified denuclearization of North Korea. It is Chairman Kim's commitment to denuclearization upon which the world is focused," a department spokesperson said when asked to comment on the Kim-Putin summit.

Following the summit, Kim is expected to take a tour of Vladivostok or its vicinity, and return home Friday. 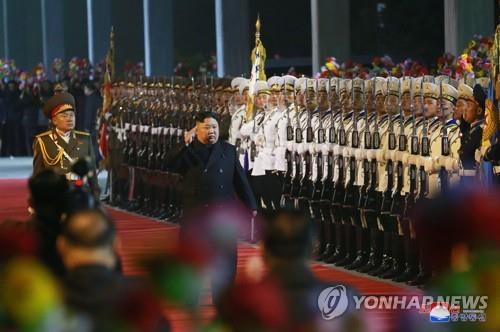