SEJONG, April 24 (Yonhap) -- South Korea's customs office said Wednesday that it will join hands with its counterparts from China, Japan and 20 other countries in cracking down on drugs, mostly methamphetamine.

The Korea Customs Service (KCS) said that it plans to coordinate probes and exchange information with its counterparts on suspected travelers and cargoes between May 6 and June 16.

The joint campaign is meant to thwart smuggling of ephedrine and other ingredients of methamphetamine -- also known as Philopon -- into the Golden Triangle, one of the major drug producing areas, according to the KCS.

Custom agencies also plan to stop trafficking of methamphetamine produced in the Golden Triangle, which straddles Thailand, Myanmar and Laos, from reaching the Asia-Pacific region. 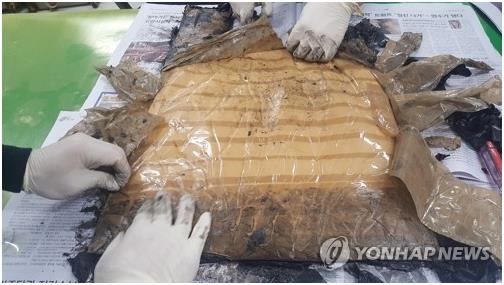 S. Korea to join hands with other nations in drug crackdown

S. Korea to join hands with other nations in drug crackdown