Net profit for the January-March period rose to 954 billion won (US$830 million) from 732 billion won a year earlier, Hyundai said in a statement.

The net result was higher than the median forecast of 762 billion won by local brokerages.

Hyundai launched the all-wheel drive, three-row Palisade in December after launching the all-new Santa Fe in February. The carmaker plans to begin selling the Palisade in the United States in the third quarter of 2019.

Hyundai's improved SUV lineup, now composed of the subcompact Kona, compact Tucson, midsize Santa Fe and Palisade, comes after years of requests from the markets for the company to reduce its heavy reliance on sedans.

"To grasp growing demand for SUVs, Hyundai plans to add the luxury Genesis GV80 SUV to the lineup later this year, along with the Genesis G80 sedan," the executive vice president said.

On top of an improved product mix, the weakening won against the dollar and decreased spending on incentives in the U.S. also helped the bottom line, he said.

The won weakened to an average of 1,125.08 against the dollar in the first quarter from 1,072.29 a year ago. A weaker won drives up the value of dollar-denominated earnings when carmakers convert them into the local currency.

On Wednesday, shares of Hyundai rose 1.84 percent to 138,500 won, outperforming the broader KOSPI's 0.9 percent loss. The stock has fallen 16 percent this year through Wednesday. 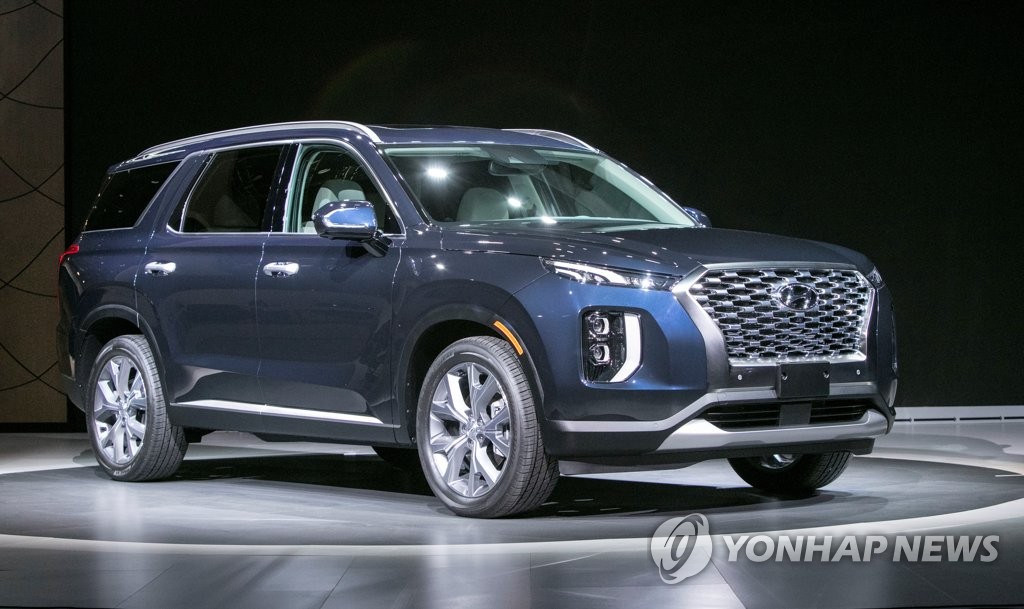