SEOUL, April 26 (Yonhap) -- Yoon Hwan was on cloud nine last year when his girlfriend said "yes" after he popped the question. He envisioned a happy future full of precious moments with his wife and children. But that euphoria quickly gave way to a heavy heart when his dream was deflated by a lack of money and uncertain financial future.

He feels his confidence being eroded by a lingering perception that, upon marriage, men should provide a home for the couple to live in and women should buy furniture and appliances to fill the home.

The 30 year-old currently has about 10 million won (US$8,800) in savings, an amount that falls short of what is needed for key money -- a deposit -- even on a small apartment unit in Seoul.

"I would have married if I had money," said Yoon, who is now preparing to take a test to become an electronics engineer.

Yoon is one of hundreds of thousands of young South Koreans who don't earn enough to buy a home, and are delaying marriage out of frustration over a lack of prospects. 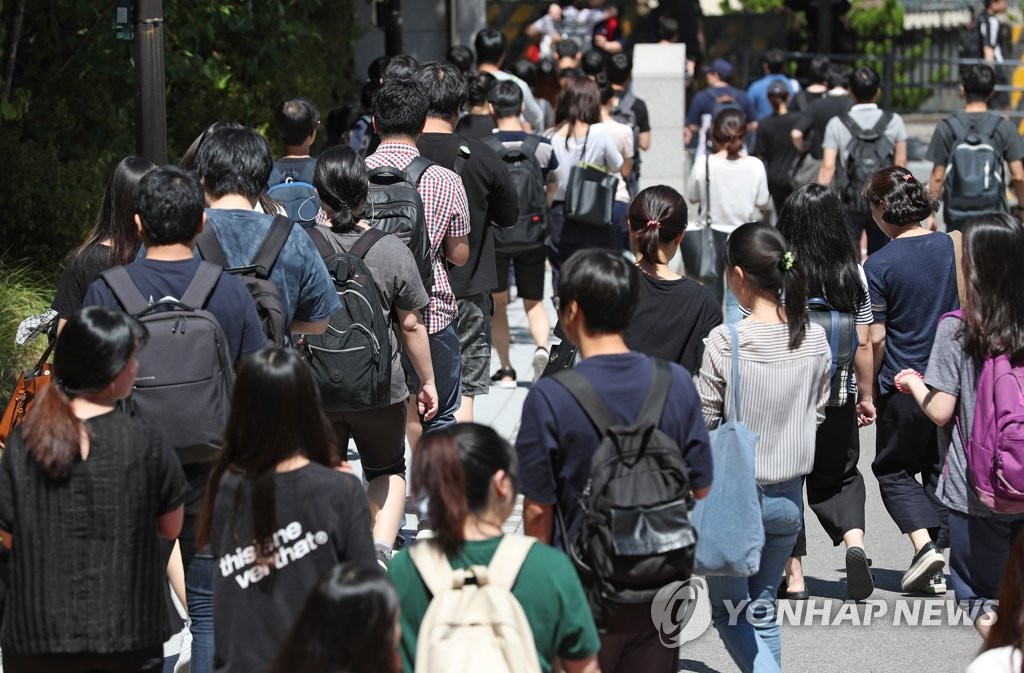 South Korea's economy is stuck in a slowdown, and many young people can't find decent jobs. The unemployment rate for young adults -- those aged between 15 and 29 -- stood at 10.8 percent in March, much higher than the overall jobless rate of 4.3 percent, according to government data.

The lack of stable employment affects other areas of life. A survey released by the Korea Institute for Health and Social Affairs in March showed that 9.7 percent of 846 men and 1.5 percent of 904 women said they were not dating for financial reasons.

In the latest sign of economic trouble, the Bank of Korea said Thursday that the country's gross domestic product backtracked an estimated 0.3 percent in the first three months of the year from the previous quarter, marking the worst performance in an almost decade.

Last week, the central bank also slashed its growth outlook for Asia's fourth-largest economy to 2.5 percent for the year, from the 2.6 percent made in January, citing economic uncertainties and slowing exports.

Yoon said he has little hope that he can save enough money to buy a house and eventually reach his goals of getting married and having a baby. His concerns are not unreasonable, given the high cost of private education for kids and skyrocketing real estate prices.

The median price of apartments in Seoul hit a record high of 829 million won in September last year, up from 480 million won in December, 2008, when such data began to be compiled, according to KB Kookmin Bank, one of South Korea's biggest retail banks.

It was the first time that the median price surpassed the 800 million won mark in a country where annual average household disposable income was 41.28 million won in 2017, the latest year for which statistics are available.

The escalating prices mean that if the average earner were to save his or her entire annual disposable income, it would take nearly two decades to be able to buy an apartment worth 800 million won. 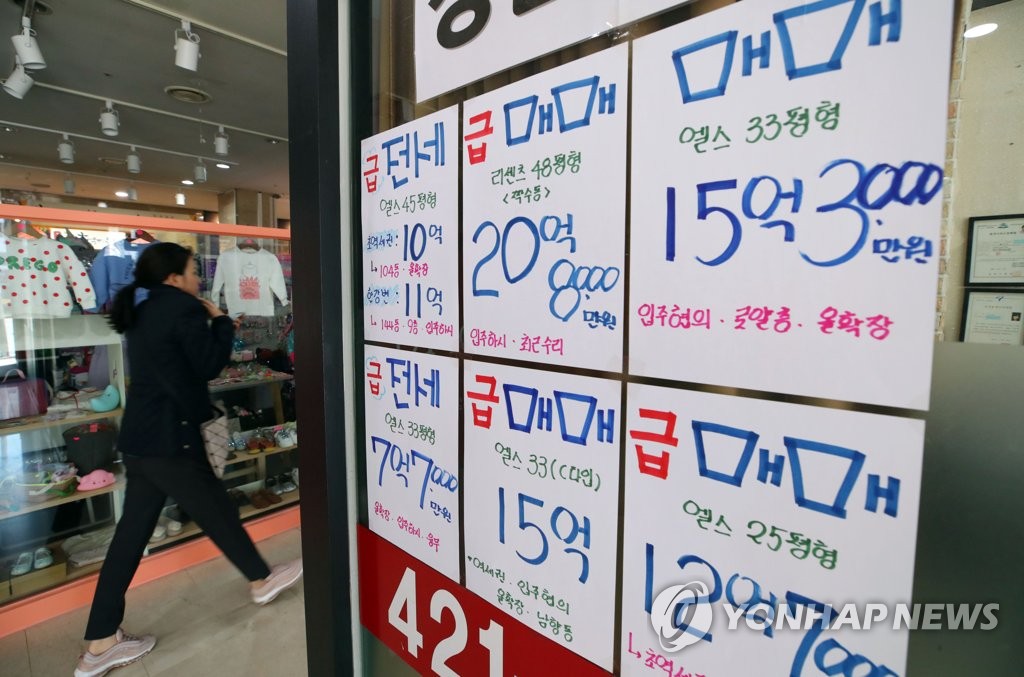 The widespread concerns among young people appear to be one factor behind the record-low marriage rate in South Korea. In 2018, 257,622 couples tied the knot, the lowest since 1972, according to Statistics Korea.

"I have a girlfriend and want to get married, but marriage remains a distant dream because of money," said Kim Myoung-soo, a 30-year-old who works in sales of industrial lubricant.

He said he is worried over whether he will be able to buy an apartment in Seoul with his annual income, which is in the lower 30-million won range. If Kim does get married, he says he has no plans to have a child due to the high cost of education.

In South Korea, many students attend private cram schools -- known here as "hagwon" -- in the evenings, usually to study English and mathematics, two of the most important subjects on the country's highly-competitive college entrance exam.

The South Korean government recently launched a task force to better deal with ramifications of a looming demographic transition sparked by the low birthrate that has plagued the country for more than a decade.

In March, South Korea's statistics agency forecast that the country's population is likely to peak at 51.94 million in 2028 before declining to 39.29 million in 2067.

The trend of people remaining single has been also on the rise in South Korea in recent years, adding to South Korea's list of problems related to demographic changes.

A 45 year-old day trader, who asked to be identified only by his family name, Lee, said he has no plan to get married because he is comfortable living alone.

The survey -- released by the Korea Institute for Health and Social Affairs -- showed that 12.2 percent of men and 20.6 percent of women said they were not dating because they do not want to lose the freedom and convenience that comes with living alone.

There were 5.62 million single-person households in 2017, the latest year for which statistics are available, accounting for 28.6 percent of all households in South Korea.

Kim is still hoping that his situation will improve, as he explained that he has delayed his plan to marry for about three years.

"My wish is that things will change in three years," Kim said. 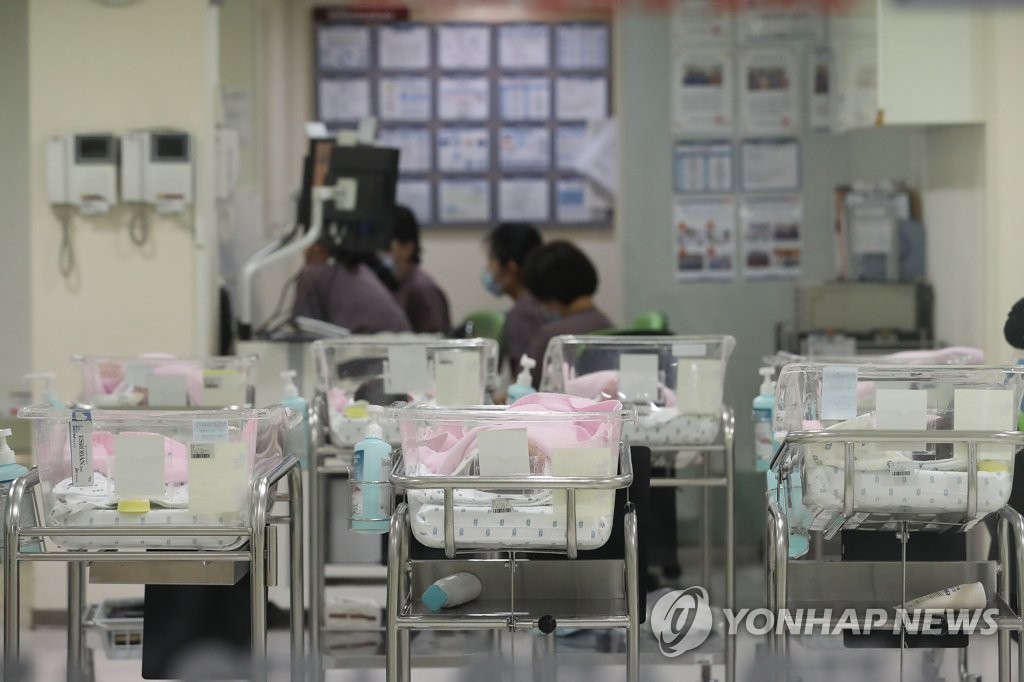