"It is true that the economy is facing hardship as external conditions are not favorable and the private sector remains subdued," Bank of Korea Gov. Lee Ju-yeol said in a meeting with heads of local banks.

"But the government spending's contribution to the economic growth will increase, and global economic conditions will gradually improve," he said.

In the latest sign of economic trouble, the central bank said Thursday that the country's gross domestic product backtracked an estimated 0.3 percent in the first three months of the year from the previous quarter due to a fall in exports and capital expenditures.

The reading marks the lowest growth since the fourth quarter of 2008, when Asia's fourth-largest economy contracted 3.3 percent on-quarter.

From the same period last year, the local economy expanded 1.8 percent in the January-March period, which also marks the slowest growth since the third quarter of 2009, according to the central bank.

The country's capital spending plunged 10.8 percent on-quarter, while its outbound shipments dropped 2.6 percent. Its imports fell 3.3 percent over the cited period, according to estimates from the central bank. 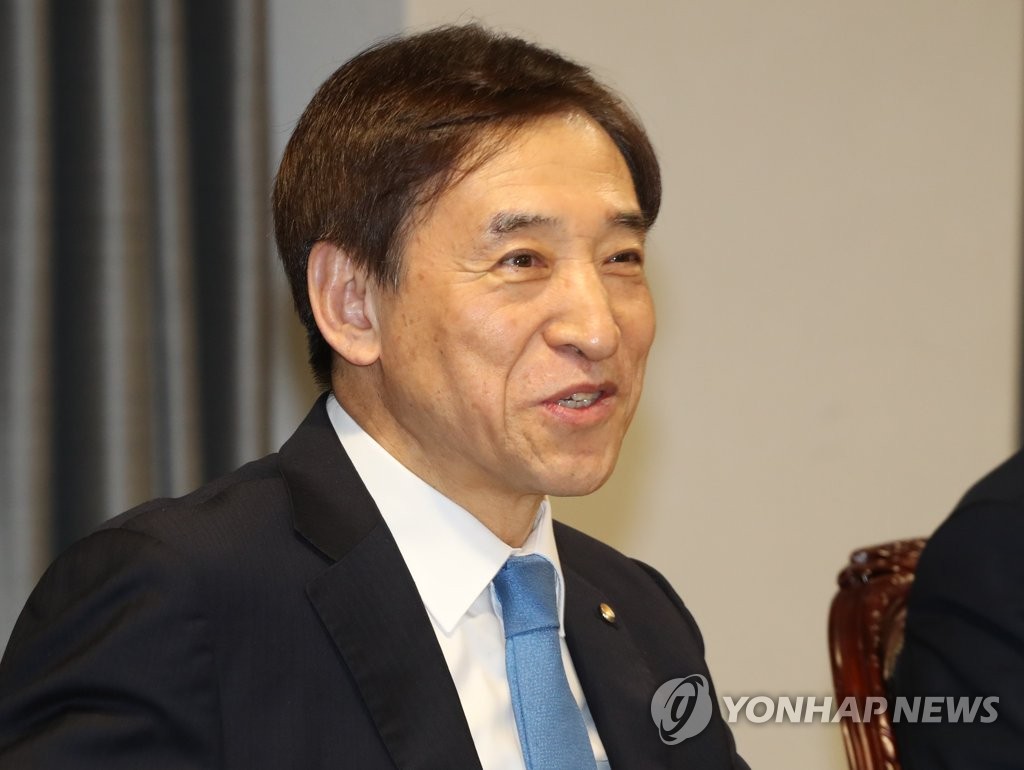 Lee said there is a need for policy efforts to boost capital spending to support economic growth.

"A recovery of growth could be accelerated if corporate sentiment for investment revives, because one of main factors for the first-quarter economic contraction is sluggish corporate investment," Lee said.

In a desperate move to help the economy chug along going forward, the government drew up a 6.7 trillion-won (US$5.8 billion) extra budget bill, which the government says will boost the country's economic growth by 0.1 percentage point.

Policymakers here hope that economic conditions will improve in the second half of the year, on the back of increased budget spending and a recovery in exports of semiconductors.

The central bank kept its policy rate frozen at 1.75 percent for the fifth consecutive month in its latest rate-setting meeting last week, despite slashing its growth outlook to 2.5 percent from a 2.6 percent forecast three months earlier.

The BOK also forecast exports and domestic consumption to improve in the second half.