SUWON, South Korea, April 26 (Yonhap) -- Park Yoo-chun, an actor and former member of boy band JYJ was arrested Friday over his alleged use of drugs.

The Suwon District Court issued an arrest warrant for the 33-year-old Park over allegations that he took drugs together with the granddaughter of the founder of a dairy producer.

Park is accused of purchasing 1.5 grams of methamphetamine on three occasions between last February and March, together with Hwang Ha-na, the arrested granddaughter of the founder and honorary chairman of Namyang Dairy Products Co., and of using the drug five times. 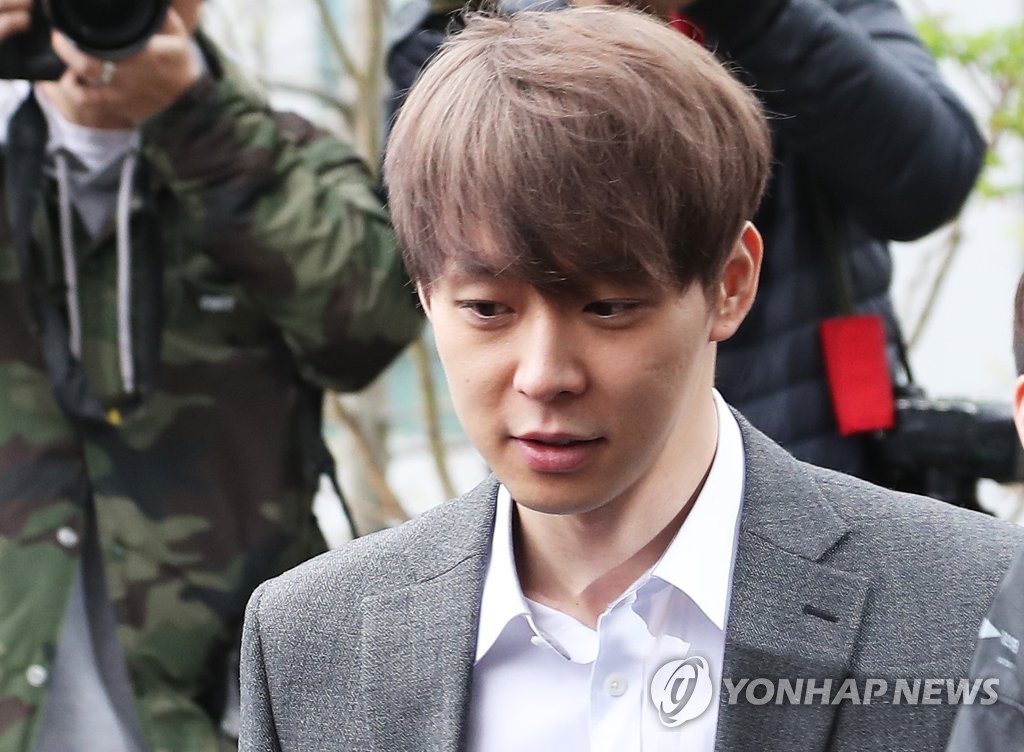 The court said he presents a risk of flight and destruction of evidence.

A sample of Park's body hair obtained in police raid on his house earlier this month tested positive for methamphetamine, a banned substance in South Korea, in a national forensic agency drug test.

Police requested an arrest warrant for him Tuesday, citing the risk of him destroying evidence.

Police investigators raided Park's home in Hanam, east of Seoul, on April 16 to search his car and mobile phone and collect the hair sample.

He has stubbornly denied the drug charges against him.

Park faced drug allegations after the 31-year-old Hwang was arrested on April 6 on charges of buying methamphetamine and using the illegal substance in 2015. She reportedly confessed to police that an entertainment star was behind her drug use.

Police earlier obtained CCTV footage showing Park picking up something about 20-30 minutes after probably sending money to a bank account suspected to belong to a drug dealer via an ATM in Seoul.

He told police he sent the money at the request of Hwang but claimed he did not use drugs.

In 2017, Park announced plans to marry Hwang after dating her since 2016, but he later called off the marriage and broke up with her in 2018.

Park's case is in the latest in a series of drug allegations facing several K-pop stars and TV celebrities.

Seungri, former K-pop boyband BIGBANG member, and Robert Holley, a naturalized Korean citizen from the United States and TV personality, have been under investigation over suspected illegal drug use.