BEIJING, April 26 (Yonhap) -- A senior North Korean official said Friday that U.N. sanctions are not a concern for his country and urged the United States to change its mind about its hard-line approach on the North's denuclearization.

"Let them impose sanctions, for a hundred, or thousand years, if they wish -- we cannot care less and are barely affected by them," North Korea's External Economic Affairs Minister Kim Yong-jae told Yonhap News Agency.

He was attending the Belt and Road Forum for International Cooperation in Beijing.

"These people must not do things the way they're doing them now, and have got to change their way," he said.

Asked about whether the sanctions have deprived the North's economy of energy resources, the minister bluntly said there has been "no impact."

"Energy and electricity output has jumped from last year. Even South Korea thinks we're badly in need of the sanctions (relief), but it does not bother us," he said.

The minister then blasted Seoul for walking on eggshells around Washington and continuing its joint military drills with its ally.

"(The South) just changed the name (of the drills) and carried out the exercise," referring to the recent joint air force drills, which North Korean media have described as an act of "perfidy" endangering inter-Korean relations.

He slammed Seoul for not complying with the inter-Korean military agreement the two sides signed in September last year under a broader scheme to end all hostile acts against each other.

"We should act in line with what we, between the North and South, have agreed to, and take responsibility for any problem that arises from within the agreement," the minister added. 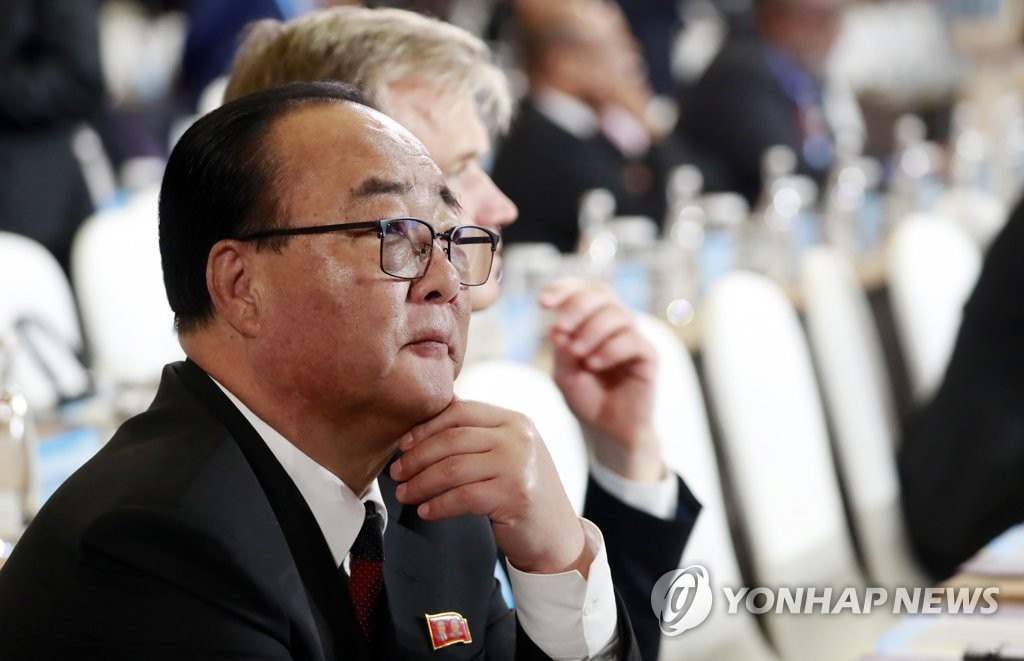