SEOUL, April 27 (Yonhap) -- North Korea on Saturday pressed South Korea to ignore pressure from the United States and move ahead with inter-Korean cooperation.

The special message by the Committee for the Peaceful Reunification of the Country (CPRC) came as the two Koreas commemorate the first anniversary of the historic Panmunjom summit amid doubts about the denuclearization process.

The U.S. is plainly putting pressure on South Korea, demanding that inter-Korean ties do not outpace Washington's relations with North Korea, the organ, which handles Pyongyang's daily affairs on Seoul, said.

Washington is attempting to force inter-Korean relations to be subordinate to its policy of sanctions, it claimed.

"A grave security condition is being created that may return to the past when a catastrophe was looming amid the thickening danger of a war," the committee said in what it described as a "memorandum." 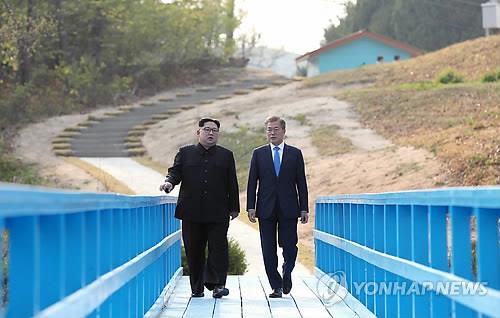 It urged the South Korean government to explore "more active measures" to realize the sustainable development of inter-Korean ties and peaceful reunification.

In the lengthy statement, the committee enumerated accomplishments from summit talks between leader Kim Jong-un and President Moon Jae-in.

It mentioned the South Korean president by name seven times but did not criticize him directly.

Moon and Kim had their first meeting in Panmunjom, the truce village inside the Demilitarized Zone (DMZ), which bisects the peninsula. 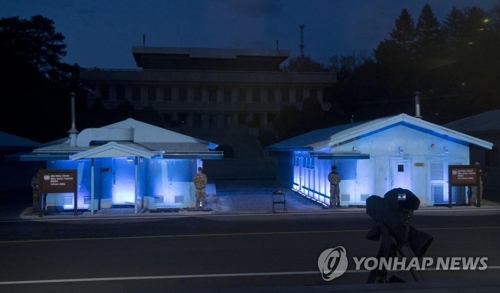 They had two more summits in 2018, producing follow-up deals on reducing military tensions and building mutual trust. The North's leader expressed his commitment to the complete denuclearization of Korea.

The North's propaganda vehicles also called on Seoul to implement the summit agreements faithfully without being affected by the U.S. stance.

Uriminzokkiri, a state-controlled website, claimed that all Korean people have been angered by the creation of a grave obstacle in the journey to peace, prosperity and self-reliant unification on the Korean Peninsula that it attributed to Washington's "shameless and nasty" tactics.

Earlier this week, a CPRC spokesman denounced a recent combined Air Force drill of South Korea and the U.S., describing it as an "outright challenge to the historic April 27 Panmunjom Declaration and the September Pyongyang Joint Declaration," as well as a violation of inter-Korean military accords. 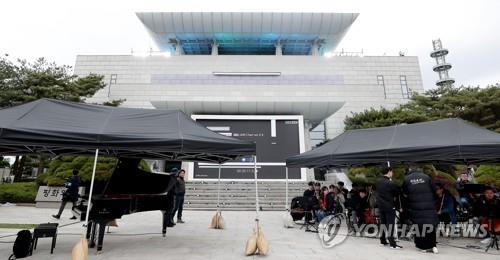 Meanwhile, South Korea is scheduled to hold an event in its administrative zone at Panmunjom later Saturday to mark the summit anniversary.

It will feature performances by artists from four countries -- South Korea, the U.S., Japan and China. Around 500 dignitaries and citizens are expected to attend the event, but North Korean officials are unlikely to show up, according to the unification ministry.

The South Korean president plans to send a video message to the ceremony.

The North Korean leader returned home from Russia earlier in the day after meeting with President Vladimir Putin.

Pak Myong-guk, a North Korean vice foreign minister, was spotted arriving at Beijing's international airport on Saturday. The state media reported later that he left Pyongyang for Beijing on his way to Syria, Iran, Azerbaijan and Mongolia.

Observers said Pak's trip appears intended at firming up ties with the neutral nations since the breakdown of the Hanoi summit with Kim and U.S. President Donald Trump in February. Pak could also be making a stopover in Beijing to make contact with Chinese counterparts, they said.

The future of nuclear talks involving Pyongyang has been thrown into doubt, as the Kim-Trump summit ended with the two leaders having failed to reach common ground over the scopes of the North's denuclearization and sanctions relief by Washington.