SEOUL, April 27 (Joint Press Corps-Yonhap) -- South Korea held an event Saturday to mark the first anniversary of last April's inter-Korean summit, in a modest and quiet tone with no participation from North Korea amid the stalled denuclearization talks.

Televised live, the ceremony began at 7 p.m, at the southern side of the truce village of Panmunjom, under the theme of "A Long Way, But One That We Must Take," to commemorate the April 27 summit between President Moon Jae-in and North Korean leader Kim Jong-un, when they met for the first time.

The two sides announced at the summit the Panmunjom Declaration, in which they agreed to work toward the complete denuclearization of the Korean Peninsula and improve inter-Korean relations by easing military tensions and expanding cross-border exchanges.

Despite their two subsequent meetings and Kim's two landmark summits with U.S. President Donald Trump, the nuclear negotiations have made little progress. Inter-Korean ties have not moved forward much either, largely because of the lack of forward momentum in the denuclearization talks. 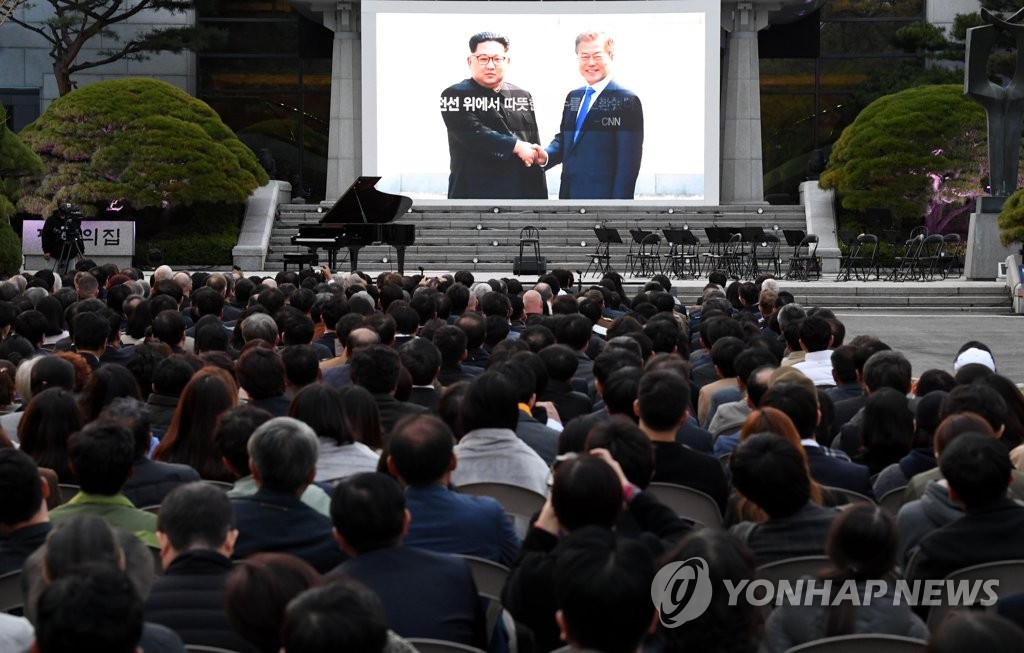 Seoul informed Pyongyang of the plan to hold the event via the joint liaison office, and North Korea is said to have never responded.

Moon did not attend the ceremony. In a video message, he called it "a dramatic day," and said that the Koreas remain on the peace path despite temporary difficulties. He also expressed his firm belief in the North's commitment toward the Panmunjom deal.

Unification Minister Kim Yeon-chul, present at the ceremony as head of the host, reassured that the Koreas will overcome "whatever obstacles," because the two sides "have a strong will to implement the agreement."

The ceremony also featured a congratulatory message from Pope Francis.

Saturday's event included performances by classic and pop artists from Korea, as well as the U.S., Japan and China.

Among the 410 attendees were Seoul Mayor Park Won-soon and Gyeonggi Province Gov. Lee Jae-myung; Gen. Robert Abrams, the commander of the South Korea-U.S. Combined Forces Command; dozens of embassy officials and some 200 Seoul and Gyeonggi citizens. 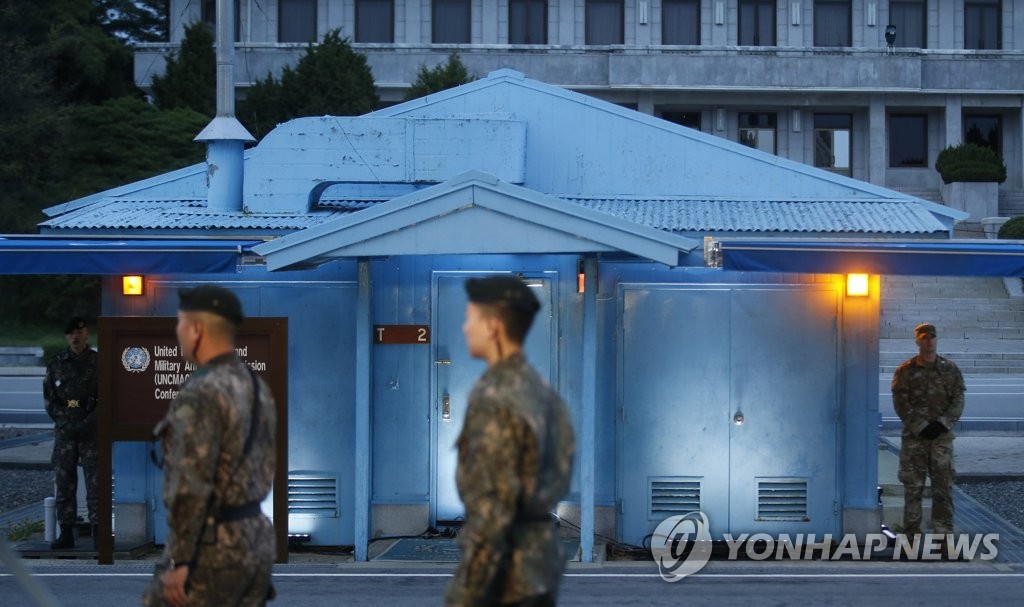