The ruling Democratic Party (DP) and three minor parties agreed last week to a package deal to fast-track four reform bills without the participation of the conservative LKP.

The deal centers on the adoption of a new proportional representation system; the establishment of a unit to investigate alleged corruption by high-ranking government and pubic officials; and enhancing the police's authority to conduct probes.

The agreement was reached as the DP and two other parties accepted the minor opposition Bareunmirae Party (BP)'s offer to fast-track two bills on the investigative unit, including a separate bill proposed by the BP.

The special parliamentary committees on judiciary and political reform held their respective plenary meetings and approved the designation of those bills as fast-track measures.

The National Assembly can designate a bill that fails to get bipartisan support for a long period as a fast-track proposal if three-fifths of lawmakers in a parliamentary committee approve the move. This is designed to prevent a certain proposal from remaining pending for too long. 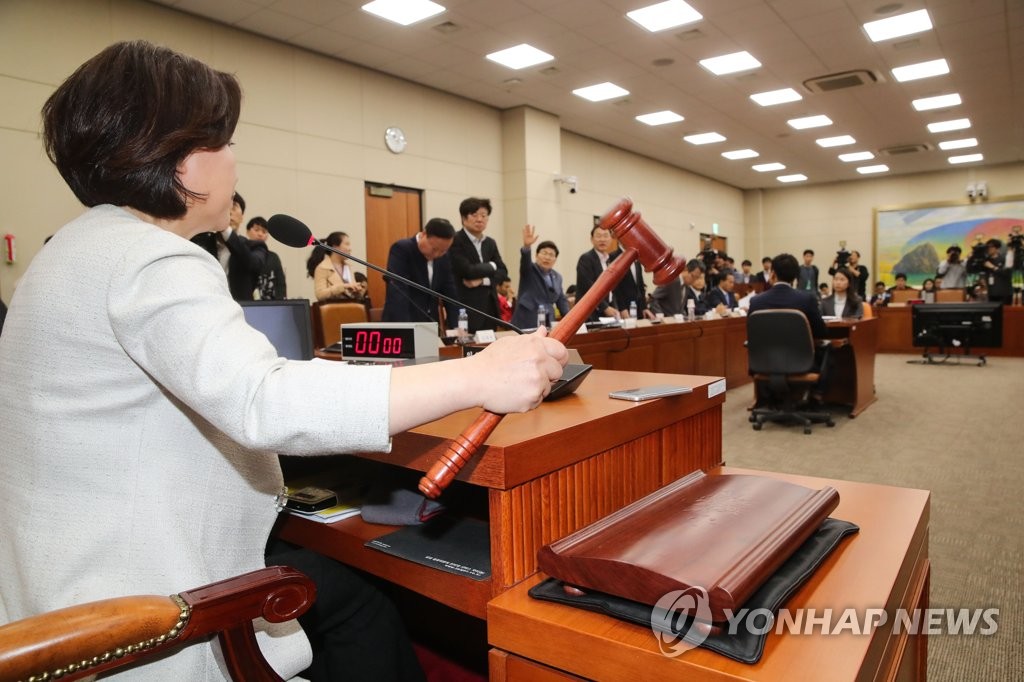 Partisan tensions are expected to further heighten at a time when the National Assembly faces the stalemate in proceeding with legislative efforts. A set of key bills linked to people's livelihood are still pending.

Last week, parliament was marred by an ugly physical scuffle between DP lawmakers attempting to ram through the fast-track drive and LKP legislators seeking to deter the ruling party's push.

The electoral reform bill calls for the introduction of a mixed-member proportional (MMP) representation system in which parliamentary seats are tied to the percentage of voters' support for different parties.

The minor parties are actively seeking to introduce the MMP representation system as they seek to increase their presence in the politics dominated by the two major parties via the 2020 general elections.

The conservative LKP has vehemently opposed the fast-track drive, saying that the election law has always been revised through bipartisan agreements, not by a political deal involving several parties.

As for judiciary reform, President Moon Jae-in has put a priority on reforming the prosecution in an effort to prevent it from being swayed from political motivations.

An independent investigative unit, if established, will not be given extensive authority for filing charges against alleged corrupt officials.

But it will be able to indict judges, prosecutors and high-ranking police officers, an institutional tool that can keep prosecutors in check.

The four parties managed to fast-track the measures, but it is still uncertain whether they will be smoothly passed at the National Assembly.

Once a bill is put on a fast track, it can be automatically put to a vote at a plenary session even when relevant committees fail to deliberate or approve it within a given period.

At maximum, it will take 330 days for the fast-track bill to be voted on if rival political parties fail to reach a bipartisan agreement during their negotiations. 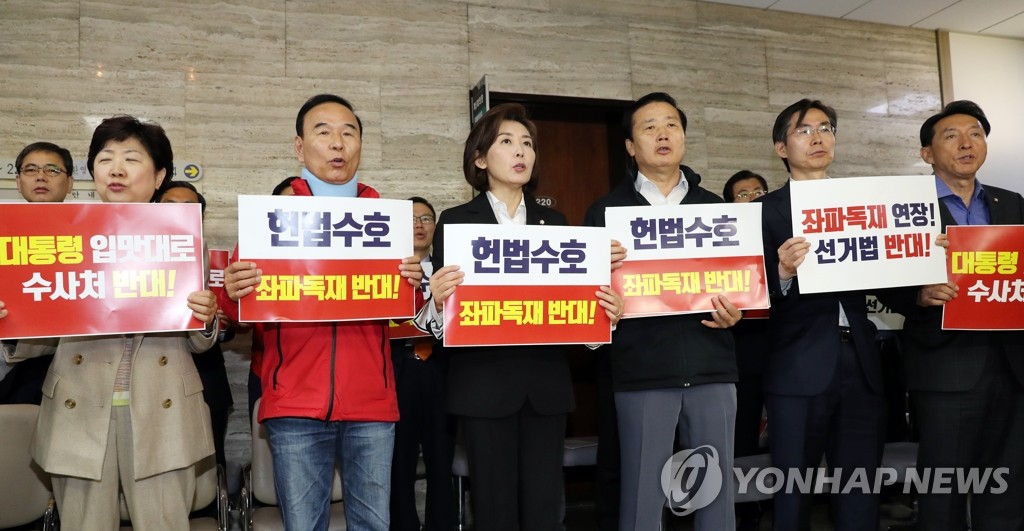