SEOUL, April 29 (Yonhap) -- The leaders of South Korea and Chile agreed Monday to seek the early launch of negotiations on Seoul's bid to be an associate member of the Pacific Alliance, holding their second summit in seven months.

"Both Presidents agreed to work together for the early start of negotiations between Korea and the Pacific Alliance," it read. 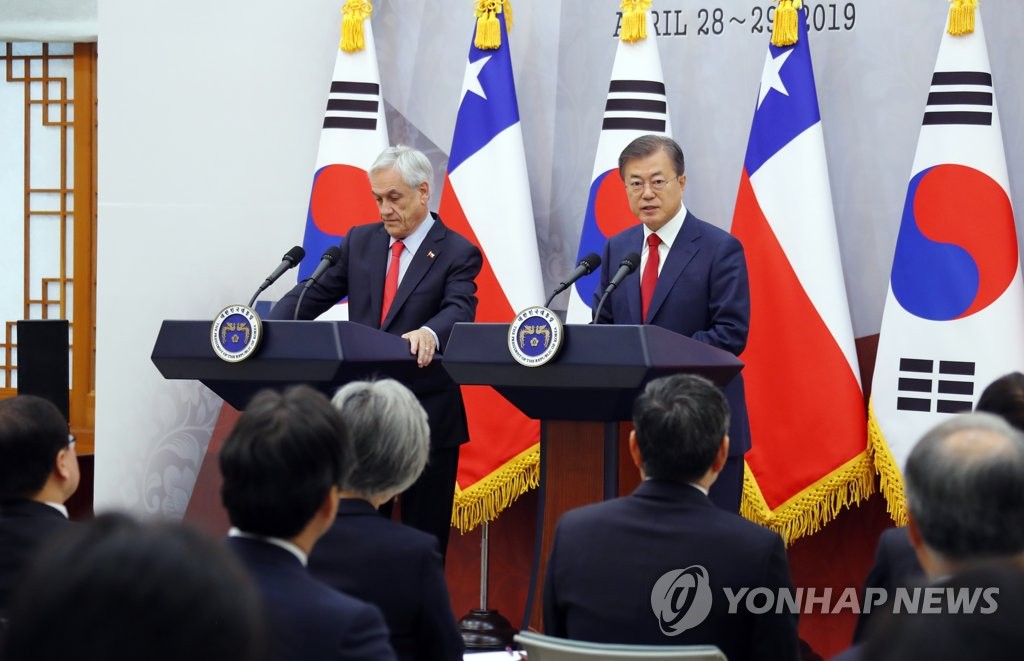 Chile is slated to serve as the rotating chair of the alliance starting in the latter half of this year.

Seoul is among more than 50 observers to the group, launched in 2012, with Australia, Canada, New Zealand and Singapore serving as associate members.

"Both Presidents agreed that dialogue is an essential part of the process for the establishment of peace, socio-economic development, security, and wellbeing of all parties concerned as well as the region," the 13-point document read.

They noted that the Seoul-Santiago Free Trade Agreement (FTA), if upgraded through ongoing talks, "will deepen integration in bilateral trade and investments." 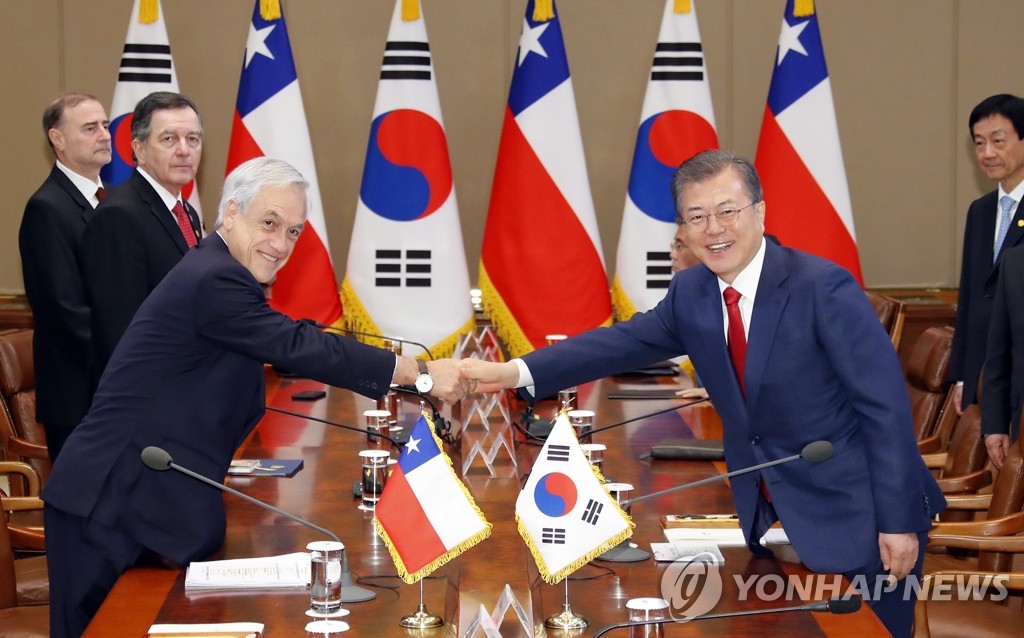 Speaking at a joint press briefing, Pinera said the time has come to improve the FTA, which was signed 15 years ago.

"I expect it to pave the way for an FTA to lead to cooperation on more things," he said.

In that regard, Moon said, Seoul's Pacific Alliance membership bid is of significance.

"South Korea and Chile are economic hubs representing Asia and the Central and Southern American region, respectively," he said. "Once South Korea becomes an associate member of the Pacific Alliance, an FTA network is established to connect the both regions."

Chile plans to host a U.N. climate summit, known as COP25, and the Asia-Pacific Economic Cooperation (APEC) summit in its capital, Santiago, later this year.

On the occasion of the Moon-Pinera summit, the two countries signed an agreement on defense cooperation and three MOUs meant to deepen partnerships on digital government, transportation and ICT. 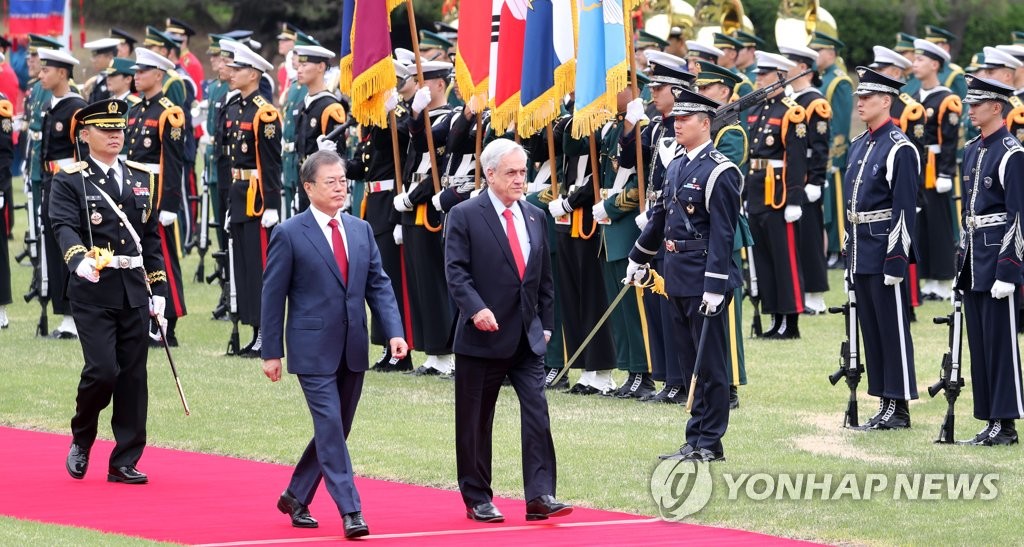 Pinera arrived here Sunday, together with his wife, for a two-day state visit after attending the Belt and Road Forum in Beijing.

He is the first leader of a Latin American country to visit South Korea since Moon took office in May 2017.

In 2004, the two nations forged a "comprehensive, cooperative" partnership when then-President Roh Moo-hyun traveled to Santiago.

Moon and Pinera had one-on-one summit talks in New York last September on the sidelines of the U.N. General Assembly session.

The Chilean president made his previous trip to Seoul in 2012 for the Nuclear Security Summit.