Greenland Jeju Healthcare Town Co. under the Shanghai-based Greenland Group, operator of Greenland International Medical Center on the southern resort island of Jeju, on Friday sent mail to its 50 employees notifying them of its plan to dismiss them.

The notification of dismissal came after the regional government decided on April 17 to revoke its conditional approval of the medical center after reviewing the results of a public hearing it commissioned by a group of professionals.

"We cannot employ you anymore as we have to close our business," the center said in the mail sent in the name of the company's chief. "We will discuss matters on the dismissal set under related laws with the representative of the workers."

About 50 medical workers, including nurses, had been working at the hospital for up to two years.

The company promised to have the workers given priority in hiring if a new owner takes over. 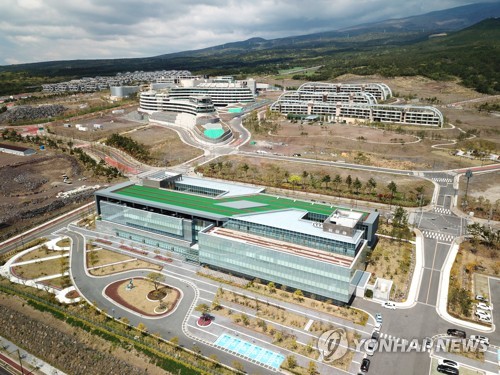 The nullification of the license came after the regional government conducted the hearing on March 26 after the Chinese company missed the deadline set under the current medical law and the group of professionals submitted the results of the hearing to Jeju.

The Greenland medical center received conditional approval from the Jeju government as South Korea's first for-profit hospital on Dec. 5 last year, putting an end to 16 years of controversy over the proposed introduction of investor-owned medical institutions.

The approval was granted on the condition that the hospital treat only foreign patients. But the Greenland Group has strongly protested the ban on South Korean patients, contending that it is illegal for the government of Jeju to ban it from treating domestic patients.

In mid-February, the subsidiary of the Chinese group, filed an administrative lawsuit to have the controversial condition of its operation revoked. In the lawsuit filed with the Jeju District Court, the group insisted that it is unlawful to limit the scope of patients eligible for treatment at the Greenland medical center only to foreigners.

For-profit hospitals in South Korea are only allowed when they combine foreign capital with domestic medical resources and provide comprehensive services to foreign patients in eight free economic zones and Jeju Island.

The medical center, established in November 2014, had pushed ahead with a plan to add a medical business to the health care town set up in the city of Seogwipo on the island.

In July 2017, the medical center dedicated its building before hiring its medical workers the following month.

The regional government has been preparing for a possibility that the Chinese group's subsidiary, Greenland Jeju Healthcare Town, may file a fresh lawsuit against the local government in an effort to reverse its decision to cancel the license.

As the medical center has expressed its intention to withdraw from its medical business, the regional government is discussing how to deal with it.

The subsidiary is expected to file a damage suit against the South Korean government claiming it has sustained an investment loss arising from the protracted opening of the hospital.

During the hearing on March 26, the Chinese company said it had dedicated the hospital's building and secured manpower to conform to demands made by the provisional government and the Jeju Free International City Development Center, a government institution that promotes investment on the island.

"But the protracted opening of the hospital for 15 months caused it to have 85 billion won (around US$73.40 million) in losses," it claimed.

It also said the local government's approval of the license with strings attached was enough to hurt an investor's reasonable expectations protected under a Seoul-Beijing free trade agreement, calling itself a foreign investor that could not but sign a deal on the operation of a for-profit hospital due to the demands of the provisional government and the government institution.

There is speculation that the Chinese company could launch a suit against the South Korean government by using an investor-state dispute settlement system, which allows a company the right to sue a state for compensation if it believes its investment has been harmed by a government decision. 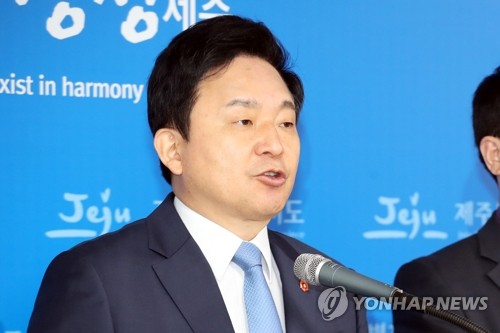