SEOUL, April 29 (Yonhap) -- North Korea appears to have deviated from its signature stiff recitation of its daily weather broadcast and decided to add some "human touch" to it, as the state television network has revealed some noticeable changes in the style of delivering news.

The North's Korean Central Television (KCTV) has begun to air a somewhat different version of its regular weather forecast since last Saturday.

While it's the same anchorwoman reading the weather news, she's not nearly the same in terms of her gestures, which show a marked contrast from the earlier news format.

She now stands in front of a large screen displaying a satellite image of the Korean Peninsula, and on Sunday, she used hand gestures to explain in a kind manner that there would be thickening clouds. North Korean anchors are usually seated in news programs.

In contrast to an artificial and inflammatory tone of voice -- a default familiar to those who keep tabs on North Korea -- the weathercaster stressed her words with controlled intonation and rhythm.

She softly tapped the screen to move on to the next picture like she was using a touchscreen, in what appears intended at proving that the North is capable of employing modern technology in the news program, although it cannot be verified.

The weathercaster even made a blunder at one point during the program, when she repeatedly read part of the script to keep in line with the movements of the graphics. Making a mistake while on air was considered a serious breach of conduct and is known to be subject to heavy punishment.

Observers said such a change in the mode of news broadcasts, although most were probably meticulously programmed, can be seen as another attempt by the North to show that its regime is a modernized state and is pushing for more changes. 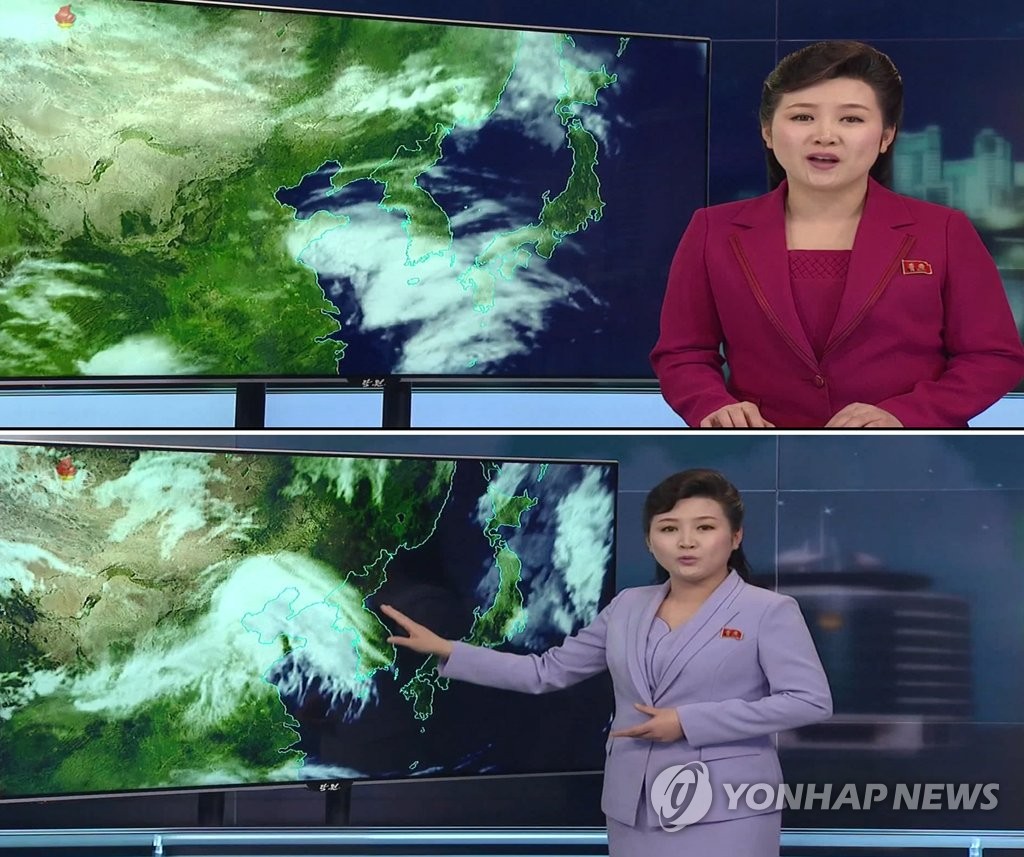