SEOUL, April 29 (Yonhap) -- North Korea's official newspaper urged its people on Monday to produce more rice as part of self-reliance efforts to cope with the crippling global sanctions against its regime.

Pyongyang has been intensifying calls for self-reliance, apparently to strengthen national unity amid stalled denuclearization negotiations with the United States and a bleak outlook on sanctions being lifted or eased anytime soon.

"The sound of gunfire for relentless victory against hostile forces' machination to crush (us) to death with sanctions starts from the farming frontline," the Rodong Sinmun, the organ of the North's ruling party, said in a commentary.

"Farming is a breakthrough of victory that will clear the road to our grand march to self-reliance," the paper added. "In order to raise the nation-first banner higher and shore up our socialist house stronger, (we) definitely need more rice. ... Rice is more precious than gold."

The emphasis on rice production can be seen as intended to encourage its people to work hard ahead of the full farming season so as to tackle the country's chronic food shortages, which are aggravated by United States-led sanctions.

North Korea's food situation appears to be worsening amid prolonged sanctions. Pyongyang had hoped that February's summit between leader Kim Jong-un and U.S. President Donald Trump would lead to a breakthrough enabling sanctions relief, but the meeting ended without agreement.

According to a recent report by the United Nations Food and Agriculture Organization, about 10.9 million people in North Korea are deemed "food insecure," accounting for 43 percent of the North's total population. In particular, one out five children in the North faces "chronic malnutrition."

The World Food Program earlier reported that it provided 1,000 tons of food materials to North Korea from February to March this year, adding that around 450,000 people, mostly pregnant women and kids, benefited from the help. 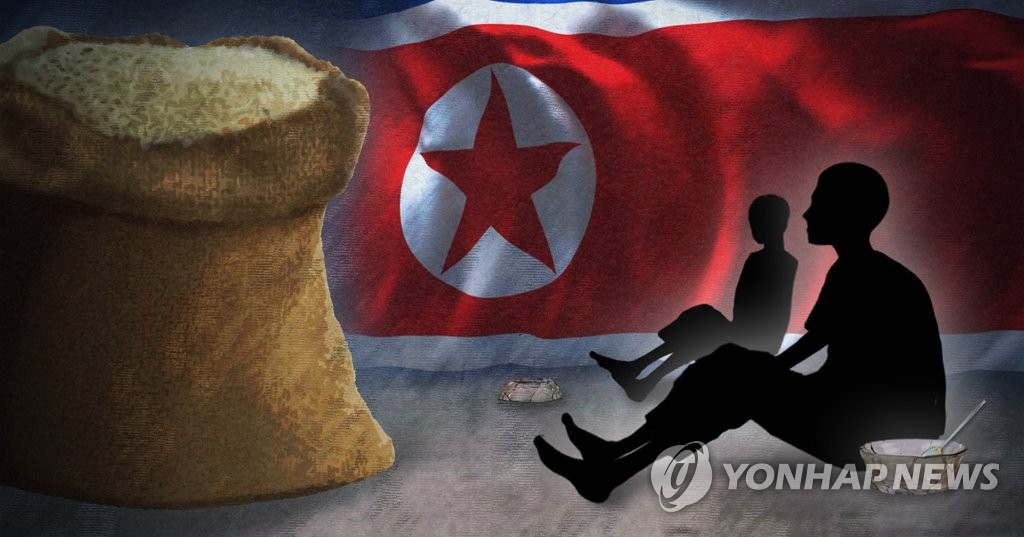