Earlier in the day, the minor opposition Bareunmirae Party (BP) proposed a separate bill on limiting the authority of the probe unit and fast-tracking both its bill and a relevant measure proposed by it and three other parties last week.

The National Assembly faces heightened tensions as the DP and three minor parties agreed last week to fast-track four bills linked to electoral reform and the establishment of a unit to investigate alleged corruption by high-ranking government and public officials.

"At a meeting with senior party members, we decided to put the BP's proposal on a fast-track course," DP floor leader Hong Young-pyo told reporters.

Hong said he expects the special parliamentary committee on judiciary reform to fast-track the bills Monday despite opposition from some DP lawmakers and the liberal opposition Party for Democracy and Peace (PDP).

The BP has been reeling from severe internal strife since it replaced two of its lawmakers sitting on a parliamentary panel on judiciary reform last week to ram through a package deal to fast-track the bills. 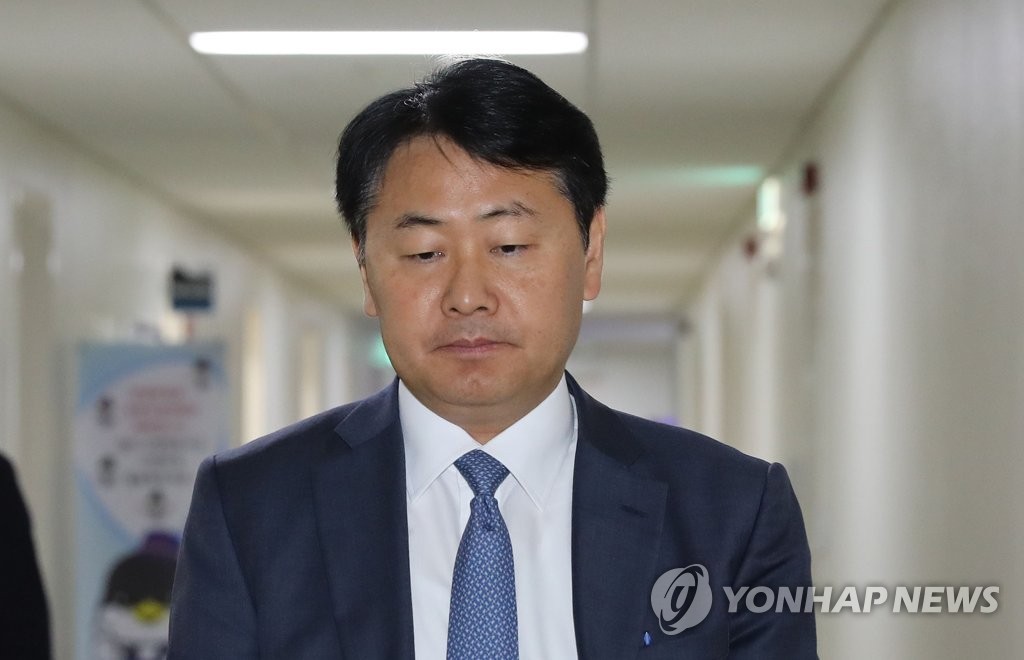 The deal is the outcome of political negotiations between the ruling party seeking to set up the probe unit and the minor parties aspiring to revise the election law for the 2020 general elections.

Partisan tensions have heightened over the fast-track drive since last week as the main opposition Liberty Korea Party (LKP) strongly denounced it as a political gambit. The package deal was reached without the LKP.

BP floor leader Kim Kwan-young said his party will submit a separate bill on the investigative unit in an apparent bid to break the stalemate over the fast-track bid and patch up his party, which is plagued by an internal feud.

Kim called for the parliamentary committee to fast-track his party's bill as well, if the proposal is submitted.

The BP bill calls for setting up a panel to review the appropriateness of charges filed by the probe unit, a tool aimed at preventing it from wielding excessive authority for indictment.

Under the four parties' deal, the unit will be able to indict only judges, prosecutors and high-ranking police officers, an institutional tool that can keep prosecutors in check.

"The BP will proceed with the fast-track drive by attending relevant parliamentary meetings if the DP accepts our proposal," Kim said at a meeting with senior party members.

But the PDP opposed the BP's proposal, saying that such a move is tantamount to breaking the spirit of the four parties' agreement.

The governing DP and the LKP continued to mobilize tit-for-tat strategies over the fast-track bid.

They filed complaints with the prosecution against each other over physical scuffles that occurred during the process to push for the fast-track last week. 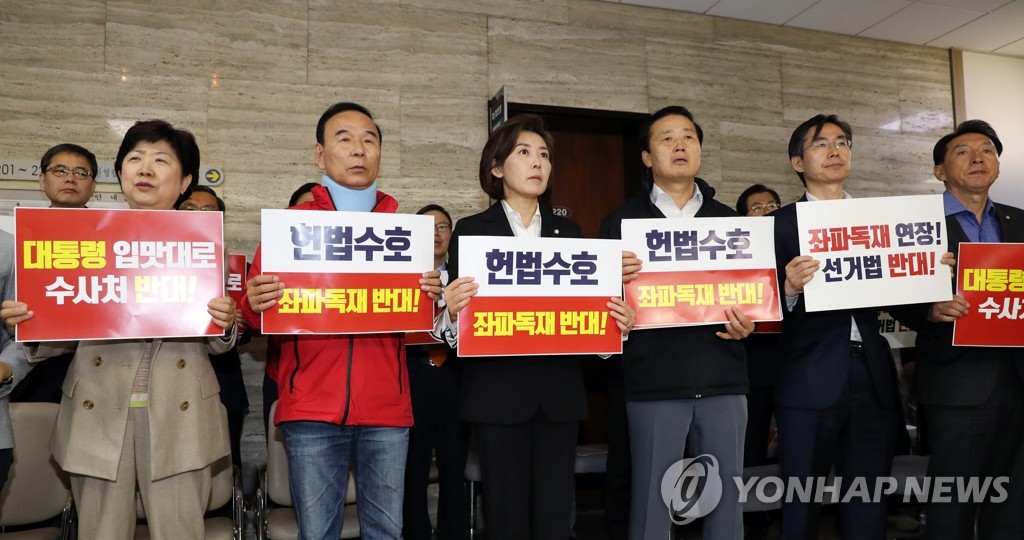