SEOUL, April 29 (Yonhap) -- A Seoul man in his late 40s was arrested on Monday on suspicion of installing a fake explosive in an international airport's restroom in Seoul, police said.

Seoul's Gangseo Police Station said it detained a 49-year-old company employee on charges of placing a false explosive wrapped with dozens of batteries and electric wires in a men's restroom at Gimpo International Airport in western Seoul at around 1:30 p.m. Saturday. 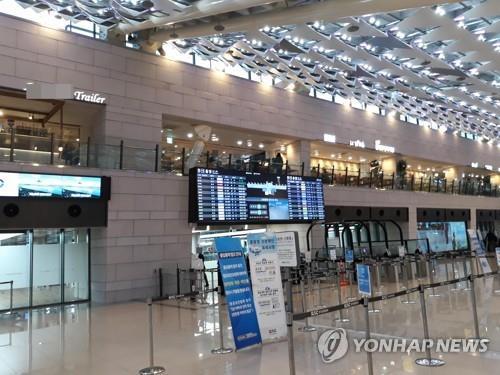 The suspicious object contained in a bag was found by an airport cleaner and reported to the police, who later confirmed the device had no risk of explosion.

Police investigators tracked down the suspect after examining footage from surveillance cameras and arrested him at his workplace on Monday morning.

The suspect reportedly confessed to police that he put the bag containing fake explosives at the airport but refused to speak about the motive for his act.

The police station said it will conduct further questioning of the suspect before deciding whether to request an arrest warrant.