SEOUL, April 30 (Yonhap) -- "Taking one game at a time" is a timeworn cliché in sports, perhaps more so in professional baseball, where teams play more games in a season than other sports.

So far in the 2019 Korea Baseball Organization (KBO) season, the Kiwoom Heroes have twisted that adage. They're taking it one series at a time.

The Heroes have won their past six consecutive three-game series, dating back to April 9. They have gone 2-1 in each of them. 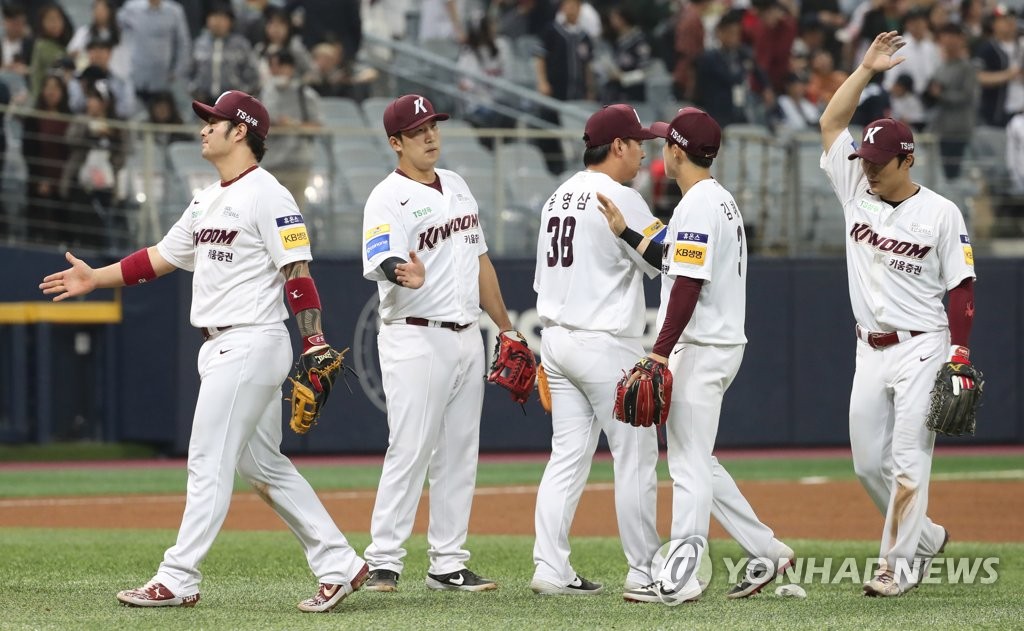 They won the first three-game set of the month over the NC Dinos by winning two out of three. They then split the first two games of the next series against the Kia Tigers before the third game got rained out on April 7.

And the current streak began after that, giving the Heroes a 15-8 record for April, tying them with the Doosan Bears for most victories this month.

Manager Jang Jung-suk said last weekend he'd rather win every series 2-1 than reel off a long winning streak because, "If you keep winning multiple games in a row, you're bound to get greedy and start trying to do too much."

And the Heroes have been just the consistent force that their manager wants them to be.

Jang in particular has been a fan of his starting rotation, which hasn't blown away anyone with a middling 4.17 ERA -- fifth in the 10-team league -- but has eaten up 174 2/3 innings, second most in the KBO.

The five-man rotation currently features Jake Brigham, Eric Jokisch, Choi Won-tae, Lee Seung-ho and An Woo-jin. They have made 29 starts combined, and they've failed to go at least five innings only twice.

That has had a positive trickle-down effect on the bullpen, which hasn't had to do a ton of work and has delivered when forced into action. 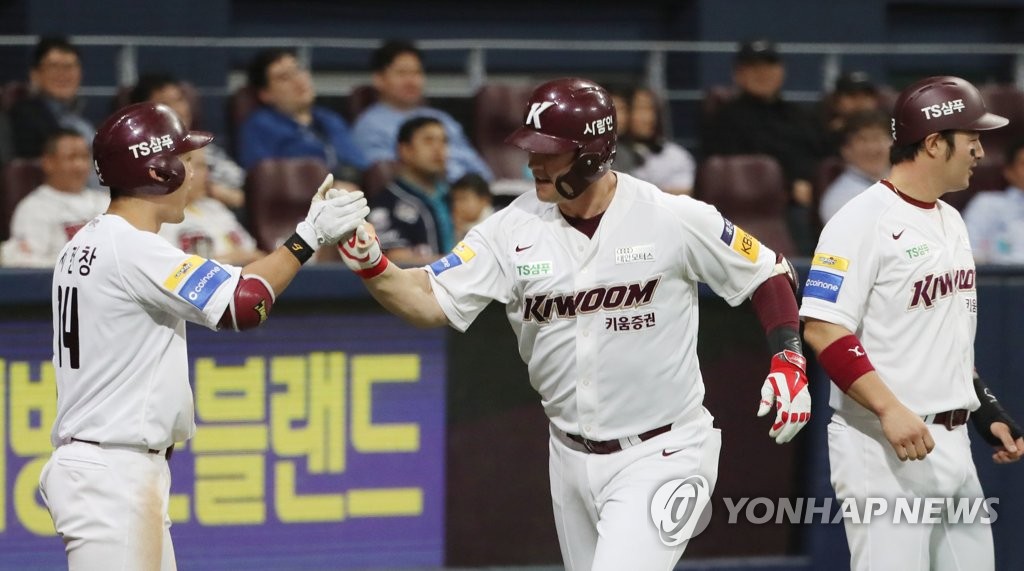 Setup man Kim Sang-su has shaken off a sluggish start to the season and has strung together eight consecutive scoreless appearances, lowering his ERA from 9.00 to 3.46 in that stretch. Closer Cho Sang-woo still hasn't been scored on in 13 appearances while recording a league-best 12 saves.

The offense has also been as steady as they come. It's ranked second in team batting average (.284) and runs scored (168). All-Star shortstop Kim Ha-seong has turned himself from a cleanup hitter into an effective No. 2 hitter, as he's slashing .336/.419/.467. He has never posted an on-base percentage of above .380 in any of his five previous years.

Manager Jang toyed with the idea of putting slugger Park Byung-ho in the No. 2 spot in preseason before sending him back to the middle of the lineup. Park has homered in three of the past four games to resume his pursuit of his fifth career home run crown. With six, Park's sitting one behind three co-leaders in that category.

The Heroes will try to extend that series-winning streak against the first-place SK Wyverns starting Tuesday.

Kiwoom Heroes taking one series at a time in KBO

Kiwoom Heroes taking one series at a time in KBO