SEOUL, April 30 (Yonhap) -- South Korea plans to conduct tests for about two weeks on video conferencing facilities overhauled in preparation for a round of video reunions of families separated by the 1950-53 Korean War, the unification ministry said Tuesday.

South Korea is pushing to hold video reunions with North Korea for war-torn families and started renovations on 13 video conference centers across the nation early in April, with a plan to compete the work by the end of this month.

"The repair will be completed today," the ministry official told reporters on condition of anonymity. "From early May, we will start testing the synchronization of the reunion stations for two weeks to ensure system stabilization."

The reunion stations, including five in Seoul and the rest located across the country, have not been used for more than a decade since the last such events were held in 2007. North Korea has one video conference station in central Pyongyang.

South Korea earlier received a sanctions waiver from the U.N. Security Council for the equipment needed for the operation of the Pyongyang reunion station. It also completed the purchase of relevant equipment, including camcorders and other display devices.

The ministry official said that South Korea will seek discussions with North Korea on the delivery of the equipment and other details, such as when to hold video reunions after finishing its internal consultations and preparations.

The separated families issue is one of the most pressing humanitarian matters for the Koreas, as aging Koreans have passed away without a chance to meet their kin across the border.

Around 133,000 South Koreans have applied to see their lost families in the North, of which about 78,000 have passed away.

Since the first summit of their leaders in 2000, the Koreas have held 21 rounds of face-to-face family reunions, including the most recent one last August.

Separately, the two sides also held seven rounds of video reunions between 2005 and 2007. A total of 557 families, or 3,748 people, from both sides joined the video reunions.

The two Koreas remain technically at war as the Korean War ended with an armistice, not a peace treaty. 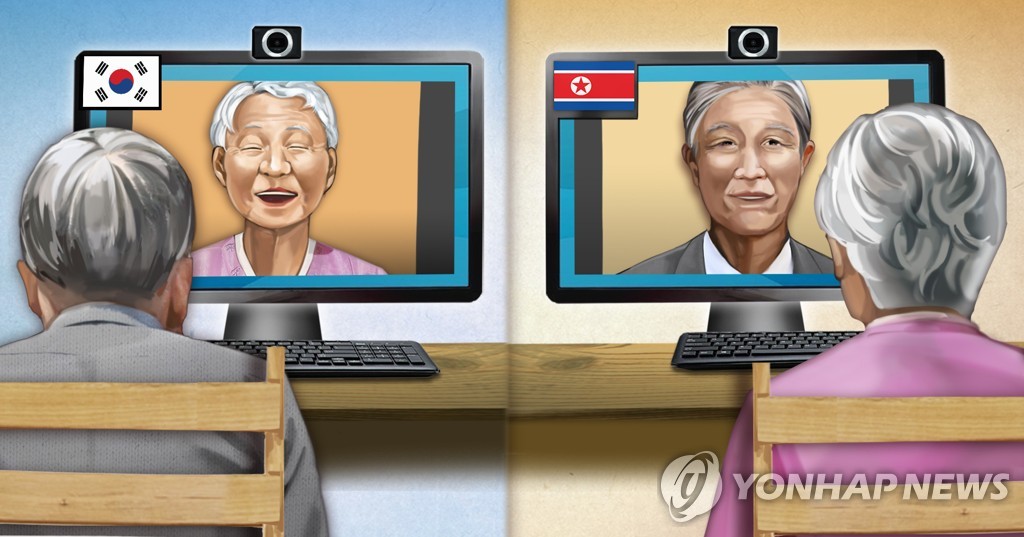