SEOUL, April 30 (Yonhap) -- A South Korean professional baseball manager was fined by the league office on Tuesday for verbally abusing opposing coaches during a recent game.

The Korea Baseball Organization (KBO) said its disciplinary committee has ordered Doosan Bears' skipper Kim Tae-hyoung to pay a 2 million-won (US$1,710) fine for his actions during Sunday's home game against the Lotte Giants at Jamsil Stadium in Seoul. 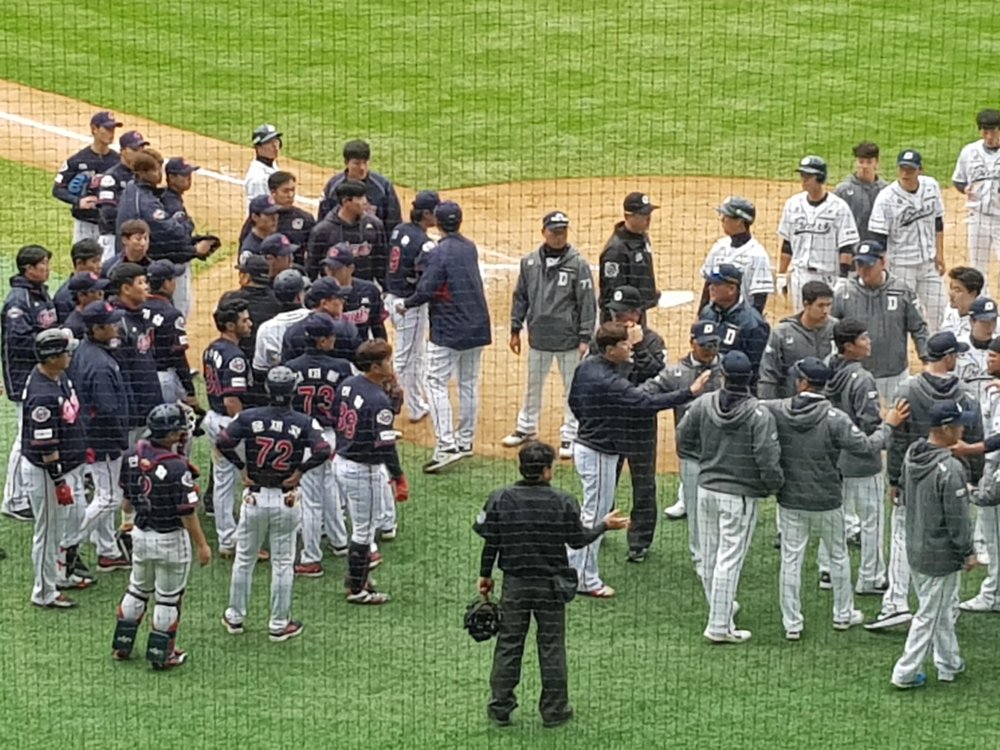 Lotte's manager Yang Sang-moon, another principal figure in the controversy, received a "stern warning" from the KBO.

The incident took place in the bottom of the eighth inning in Sunday's game, when the Giants' reliever Koo Seung-min nailed the Bears' leadoff man Jung Soo-bin with a pitch.

Jung, who was later diagnosed with a broken rib, went down in pain immediately, and Kim Tae-hyoung came out of the dugout to check on his player. From the Giants' staff, bench coach Kong Pill-sung and pitching coach Joo Hyung-kwang also walked out to the batter's box, with Koo standing near the top of home plate.

Kim said a few words to Koo and Joo, and after being informed by other coaches that Kim had cursed at his charges, Yang stepped out of the dugout to confront his counterpart.

Kim, who was on his way back to the dugout, turned around to meet Yang, and both benches cleared. The managers had to be restrained by their coaches before the game resumed.

The Giants accused Kim of cursing at their pitcher. Kim admitted on Monday that he'd cursed at Kong and Joo and apologized to the Giants for his action, but he denied he'd said anything offensive to Koo.

League rules prohibit managers, coaches and players from verbally abusing their opponents at any point during the game.

The disciplinary committee said these two managers, by engaging in "ungentlemanly and disrespectful conduct," disrupted the order at the stadium and delayed the game unnecessarily. 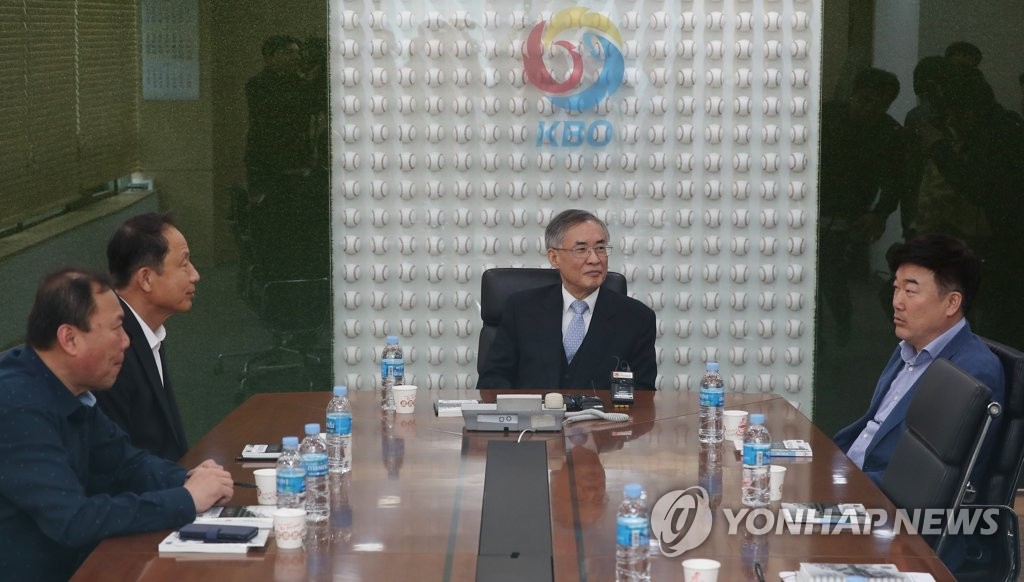