SEOUL, April 30 (Yonhap) -- "Extreme Job," the highest-grossing movie of all time in South Korea, will be remade for U.S. audiences by a leading film studio in Hollywood, the film's distributor said Tuesday.

CJ Entertainment said it will join hands with Universal Pictures to remake the hit Korean comedy for its U.S. edition.

"Hart is considering starring in the movie, but he hasn't confirmed it yet," an official from CJ Entertainment said.

"Extreme Job," directed by Lee Byoung-heon, revolves around a team of goofy anti-drug cops who open a fried chicken restaurant to stake out an organized drug crime ring.

Released in January, the flick has raked in a record high of nearly 140 billion won (US$120.8 million), with a total of 16.3 million admissions. 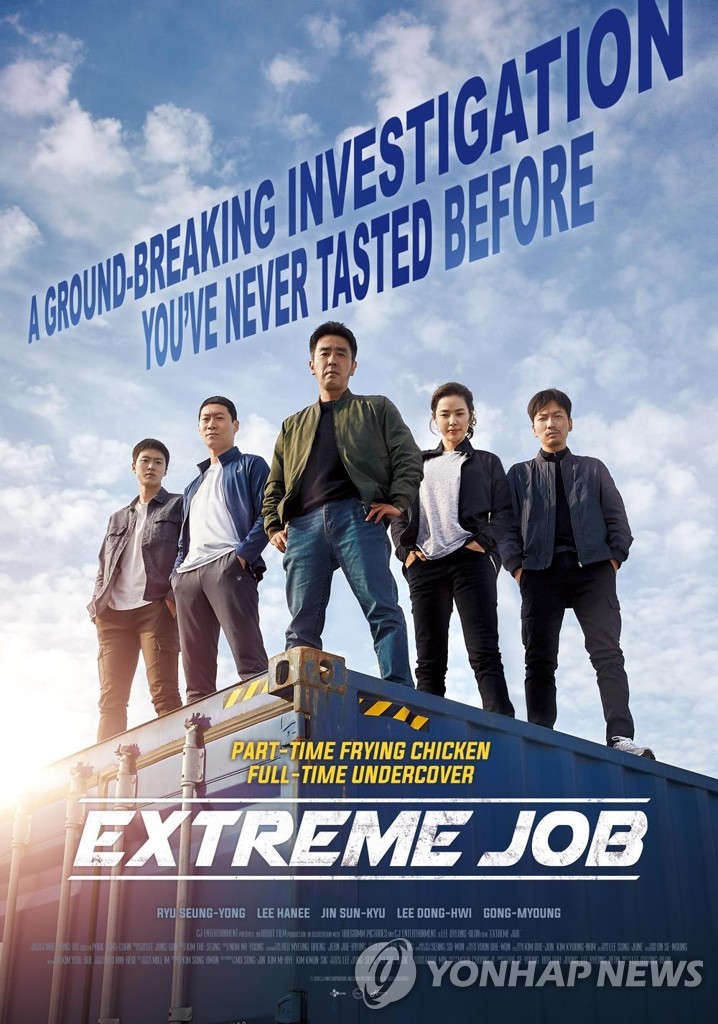 S. Korean mega-hit 'Extreme Job' to be remade in U.S.

S. Korean mega-hit 'Extreme Job' to be remade in U.S.