(ATTN: UPDATES throughout with message to new emperor)

In a press release, the National Assembly said Moon welcomed the opening of the new Reiwa era with Emperor Naruhito. The word means "beautiful harmony," and Moon said he hoped South Korea, Japan and the rest of the world will be able to achieve just that.

"South Korea and Japan are the closest of neighbors and partners that need each other," Moon said. "I hope our bilateral relations will improve in a future-oriented way during the emperor's reign."

On Tuesday, Moon thanked outgoing Japanese Emperor Akihito for "sharing pain" with South Korea and for stressing the importance of reconciliation and cooperation, according to the National Assembly.

"I hope your words will lay down a good foundation that bring South Korea and Japan closer," Moon wrote. "I hope you will continue to work and make sure the value of peace that you've emphasized all your life will take its roots in our two countries and the rest of Northeast Asia, so that our region will develop into a community of peace and prosperity."

Akihito, 85, declared his abdication Tuesday, ending his 30-year reign due to health reasons. 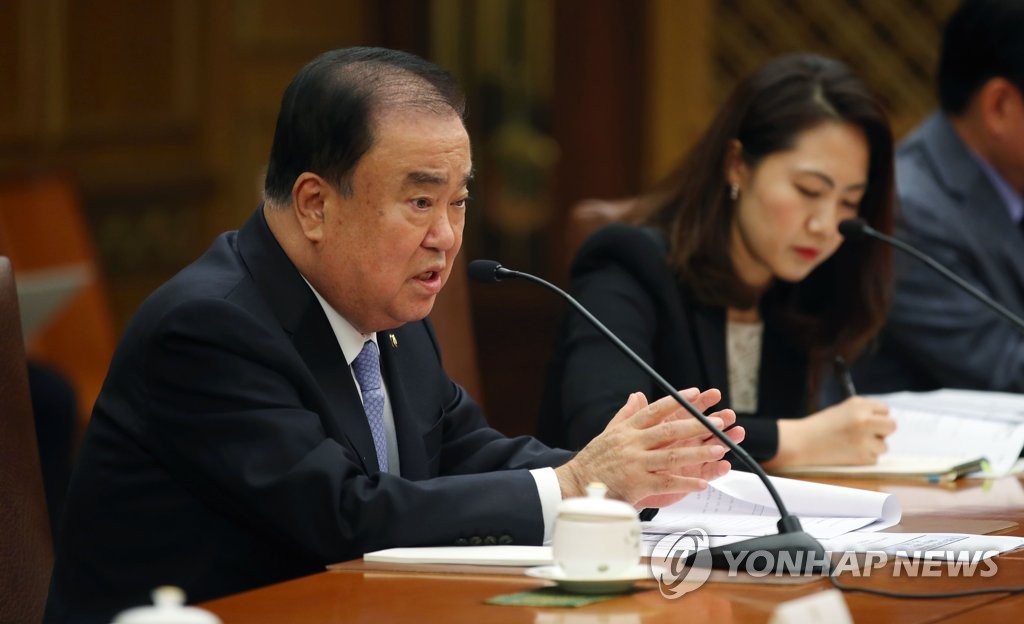