SEOUL, May 1 (Yonhap) -- South Korea's culture ministry said Wednesday it has informed the World Health Organization (WHO) that it's opposed to codifying gaming addiction as a disease, citing other factors that may influence such behavior.

The ministry, together with Korea Creative Content Agency (KOCCA), sent a letter to the WHO on Monday, following the organization's decision to include "gaming disorder" in its 11th Revision of the International Classification of Diseases last June. The WHO will further discuss the issue at its general assembly this month. 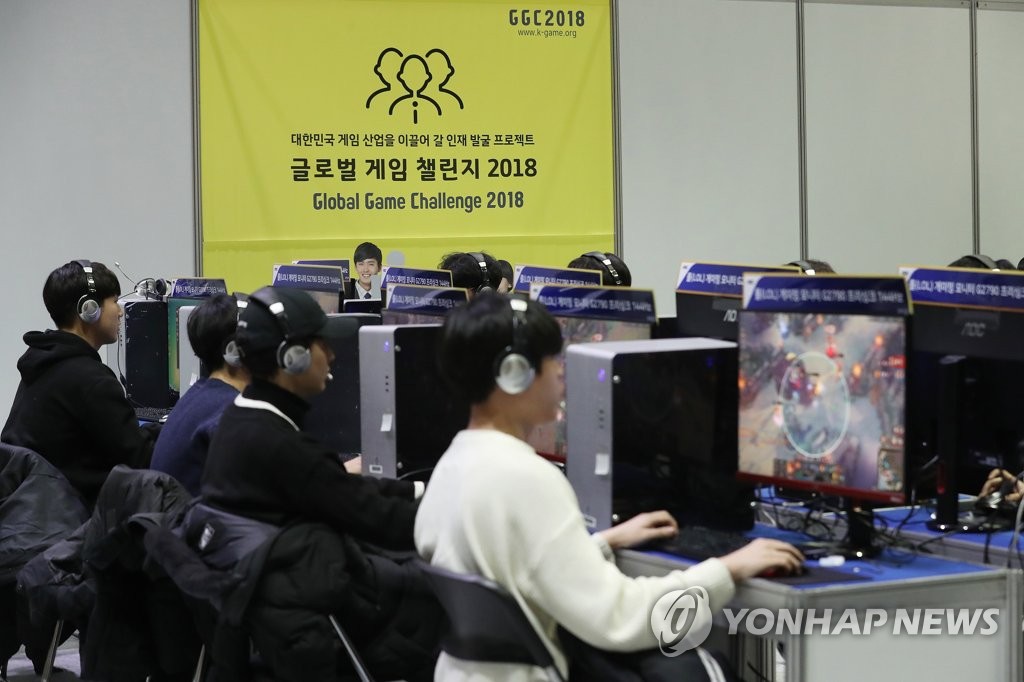 Gaming disorder is defined by the WHO as "a pattern of gaming behavior ('digital-gaming' or 'video-gaming') characterized by impaired control over gaming, increasing priority given to gaming over other activities to the extent that gaming takes precedence over other interests and daily activities, and continuation or escalation of gaming despite the occurrence of negative consequences."

But the culture ministry and KOCCA, citing a five-year study by Konkuk University's team of researchers, argued that young people engage in compulsive gaming activities not simply because of games themselves but because of psychosocial factors such as stress at school, social support from teachers and peers and parental behavior.

From the clinical perspective, they said gaming doesn't directly cause changes in the brain, and pre-existing conditions such as attention deficit hyperactivity disorder can result in compulsive gaming.

The ministry and KOCCA also raised issues with the WHO's focus on young gamers in Asia, rather than on people across all age groups around the world.

In other countries, mental health professionals have said the downsides of codifying gaming addiction would outweigh potential benefits.

The gaming industry has also balked at the WHO's move. Kang Gyeong-seok, who oversees games operations at KOCCA, said classifying excessive game playing as a disease only serves as an extreme restriction on the industry and "can't be a fundamental solution" to addiction.

"By cooperating with those in the relevant industry and academia, we'll try to spread correct information on gaming," Kang said.
(END)

S. Korea tells WHO it's opposed to classifying gaming addiction as disease

S. Korea tells WHO it's opposed to classifying gaming addiction as disease