NADI, Fiji, May 1 (Yonhap) -- The head of South Korea's central bank held out the prospect on Wednesday that the country's economy could improve in the second quarter, suggesting that there will not be a rate cut for Asia's fourth-largest economy amid a sharper-than-expected slump in the first quarter.

Bank of Korea Gov. Lee Ju-yeol said in a meeting with reporters here that data to be released in the April-June period could change the current economic atmosphere. 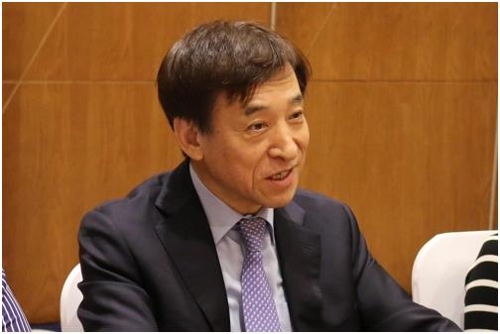 His comments came days after the BOK said that South Korea's gross domestic product backtracked an estimated 0.3 percent in the first three months of the year from the previous quarter, marking the worst performance in almost a decade.

Nomura Financial Investment Co. has slashed its growth outlook for South Korea's economy this year to 1.8 percent from its previous forecast of 2.4 percent.

Lee dismissed Nomura's recent downward revision as something that is beyond the scope of a reasonable forecast, claiming it was based on a worst-case scenario.

In April, the BOK left the key rate steady at 1.75 percent for the fifth straight month after raising it by a quarter percentage point in November last year.

Hong Nam-ki, the minister of economy and finance, also said earlier this week that the government has no plan to adjust the country's economic growth target.

South Korea's finance ministry has projected the nation's economy to expand between 2.6 percent and 2.7 percent this year. Last month, the BOK trimmed its economic outlook for the South Korean economy to 2.5 percent from 2.6 percent citing a sharper than expected slump in exports and facility investment.

The economy expanded 2.7 percent in 2018, down from a solid 3.1 percent the previous year.

Lee is in Fiji for an annual meeting of the Asian Development Bank and a meeting of finance ministers and central bank governors from China, Japan and the 10-member Association of Southeast Asian Nations (ASEAN).

Separately, Hong met with Fiji's Economy Minister, Aiyaz Sayed-Khaiyum, on Wednesday, one day ahead of a meeting of finance ministers and central bank governors from ASEAN and its three dialogue partners -- South Korea, China and Japan.

The minister, who also serves as Fiji's attorney-general, asked South Korean companies to expand their investment in the island nation while calling for increased bilateral cooperation that can permit Suva to build up its capacity in science and technology sectors, according to the South Korean Ministry of Economy and Finance.

Sayed-Khaiyum then called for cooperation in a project of the Green Climate Fund in an apparent move to better cope with climate change that has led to relocation of low-lying coastal communities in the South Pacific state.

In March, the South Korea-based United Nations climate fund approved US$440 million in funding for new projects and programs.

The Green Climate Fund -- launched in 2010 -- aims to channel money from industrialized nations to developing countries to help them tackle climate change-related problems.

The GCF now has a portfolio of 97 projects amounting to over $5 billion of GCF resources. It approved 42 new projects and mobilized $8.1 million in climate financing, including co-financing, in 2018. 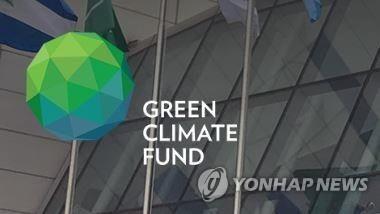