SEOUL, May 1 (Yonhap) -- Tens of thousands of South Korean workers marked Labor Day with a rally in central Seoul on Wednesday, urging the government to adopt major international regulations on promoting labor rights.

But business lobby groups here have claimed it's premature to do so, citing the need to revise related domestic legislation first.

"(We) can no longer delay or take a step back in ratifying the fundamental ILO conventions and achieving victory in basic labor rights," KCTU Chairman Kim Myung-hwan said in a statement. 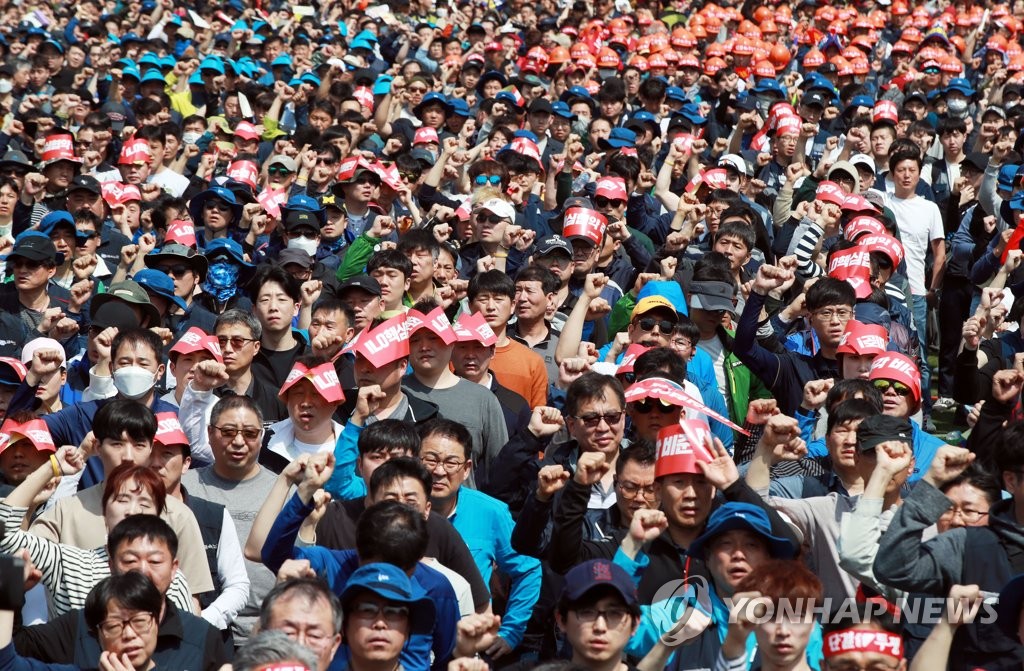 South Korea became a member of the ILO in 1991. It has since ratified more than two dozen ILO conventions, including four of the eight core ones: two on discrimination and two others on child labor.

The local labor circles have long demanded that the government ratify the remaining core conventions, which include those on the abolition of forced labor, and the right to organize and collective bargaining.

On the campaign trail, President Moon Jae-in, a liberal leader, pledged to get them ratified.

The KTCU also called for the job security of irregular workers, a 10,000 won (US$8.57) per hour minimum wage, reform of family-owned conglomerates and the expansion of a social safety net.

The KTCU said its members staged protests and held other events across the nation as well on Labor Day. 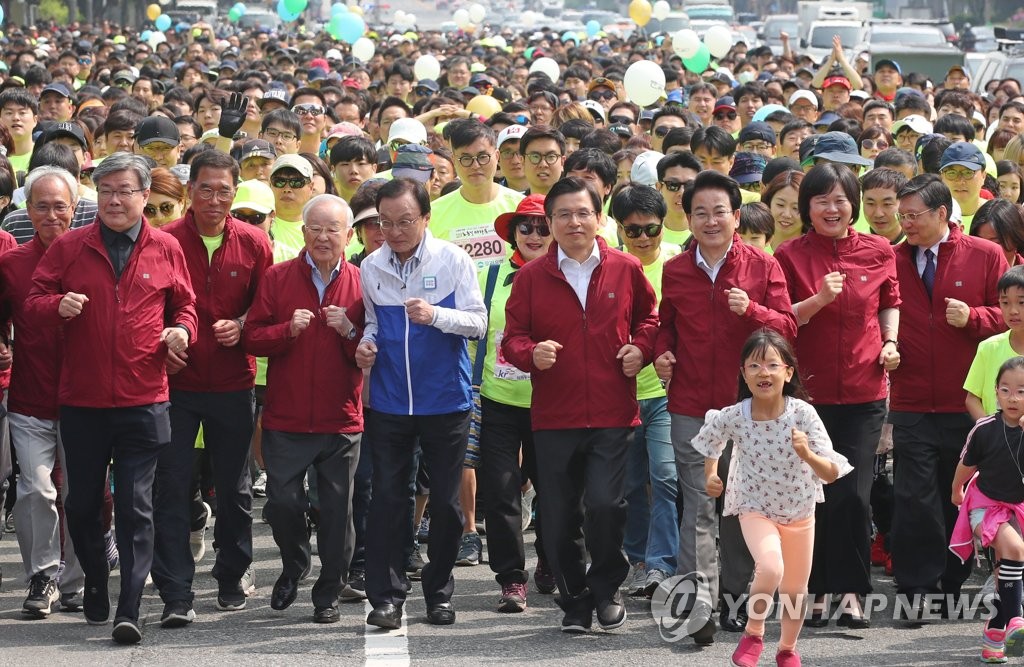 Another local umbrella union, the Federation of Korean Trade Unions, organized an annual marathon competition in western Seoul, in which around 10,000 members, foreign workers and citizens participated. Some political party leaders also joined the event.

Meanwhile, more than 70 delivery workers with app-based firms in South Korea launched their own labor union, named the Rider Union on Wednesday.

They took issue with "regressing working conditions in the new type of labor and industry."

"Labor conditions have regressed due to technology development and progress," they argued in a launch ceremony.