SEOUL, May 1 (Yonhap) -- Prosecutor-General Moon Moo-il on Wednesday criticized reform bills that have been fast-tracked in the parliament, saying they fly in the face of democracy.

In a statement released by the Supreme Prosecutors' Office, Moon said these bills, including one aimed at empowering police, "run counter to the democratic principles of checks and balances." Moon added that the process of criminal justice must follow these democratic values. 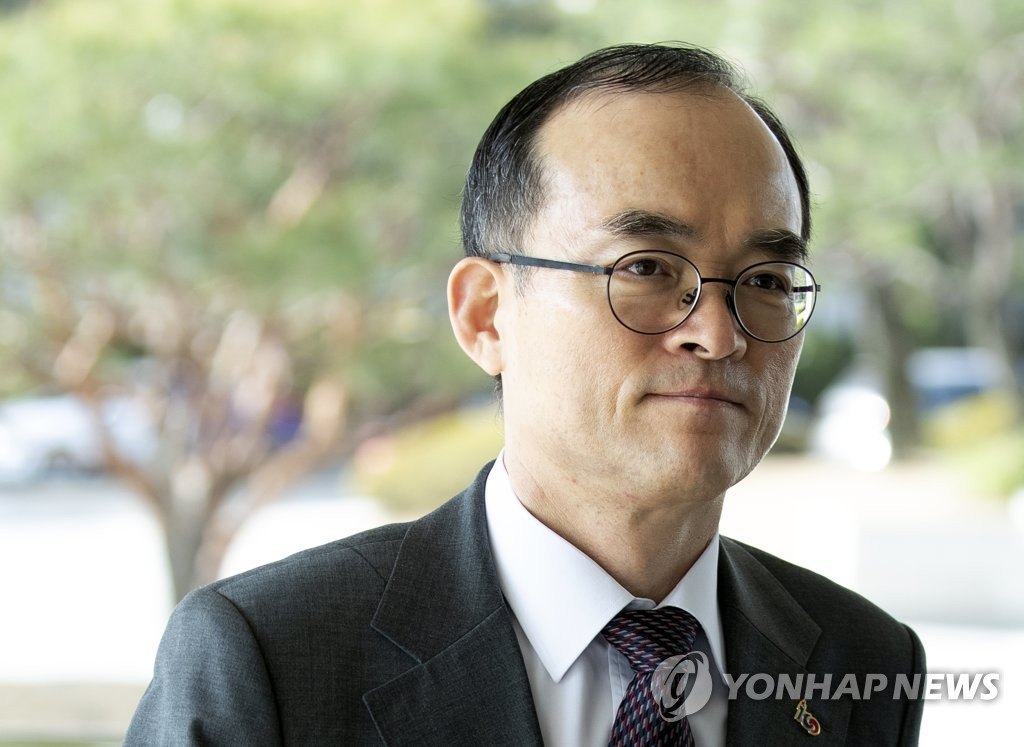 Moon appears to have taken shots at a bill that would enhance the police's authority to conduct probes and another that would see the establishment of a special investigative unit to look into allegations of corruption by high-ranking officials.

It had been generally believed that the prosecution would be opposed to these bills, and Moon's statement Wednesday was the first direct criticism from the prosecution.

Under the bill on the police, the police would be empowered to initiate and close cases without approval from the prosecution. Moon said this arrangement may end up giving the police excessive power without any measures to keep them in check.

Moon has been on a tour through Oman, Kyrgyzstan, Uzbekistan and Ecuador since Sunday for talks on extradition treaties and mutual legal assistance treaties.
(END)