A civilian-government committee has been carrying out an investigation into the fires that broke out in LG Chem Co.'s ESS equipment last year. The committee had originally planned to unveil the outcome by late March but has said it will make an announcement within the first half of this year.

Samsung SDI Co., the battery-making unit of Samsung Electronics Co., said Tuesday that its operating income tumbled 52.2 percent on-quarter to 130 billion won (US$112 million) in the first quarter of the year due to poor ESS business. 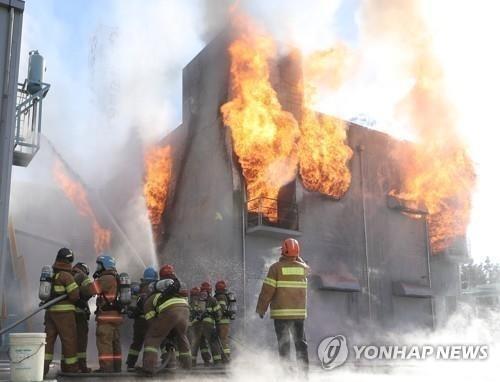 Despite its promise to make the cause of the fires public by end-June, some analysts said the committee's announcement may be postponed further.

"It is not desirable for the ESS sector to remain in a coma for a long period, though determining the cause of the fires is indispensable because the public's safety should be put before anything else," an industry source said.
(END)

ESS makers take a hit from delayed probe into fires

ESS makers take a hit from delayed probe into fires