NADI, Fiji, May 2 (Yonhap) -- The head of South Korea's central bank said Thursday that a decision by the U.S. Federal Reserve that left its benchmark rate unchanged was in line with expectations.

Bank of Korea (BOK) Gov. Lee Ju-yeol told reporters that the Fed's decision was "not significantly against anticipation" after the Fed froze the rate at a range of 2.25 percent to 2.5 percent, while hinting at no rate hikes or cuts anytime soon.

Last month, the BOK left the key rate steady at 1.75 percent for the fifth straight month after raising it by a quarter percentage point in November last year.

Lee is in Fiji for an annual meeting of the Asian Development Bank and a meeting of finance ministers and central bank governors from China, Japan and the 10-member Association of Southeast Asian Nations (ASEAN). 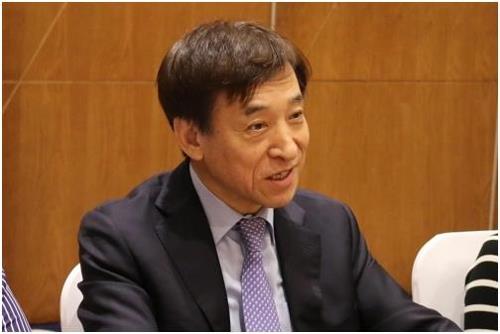