SEOUL, May 2 (Yonhap) -- Samsung Electronics Co. is expected to bounce back from its first-quarter earnings shock from the third quarter of this year thanks to a recovery in chip demand, analysts said Thursday.

In a note to investors, Korea Investment & Securities Co. painted a rather upbeat picture of Samsung's earnings outlook, citing an expected recovery in global semiconductor demand.

"The effect of the industry's current production adjustment is expected to materialize in the second half of the year, contributing to an improved supply-demand situation for DRAM and NAND chips," analyst Yoo Jong-woo said.

"Samsung's operating profit from its semiconductor division is expected to drop to 3.3 trillion won in the second quarter due to a downturn in prices, but its operating income will likely swing to an upturn, starting in the third quarter."

The analyst predicted global chip demand to grow on the back of a recovery in capital spending by major global IT companies, bolstered by continued growth of cloud service business. 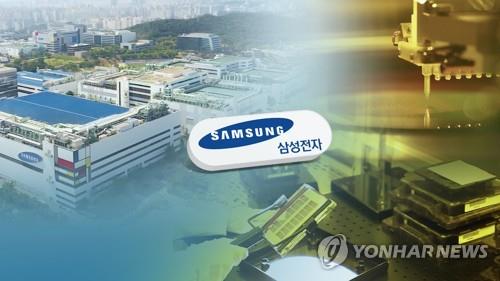 Hanwha Investment & Securities Co. chimed in, saying Samsung will likely register better earnings from the latter half of this year thanks to a recovery in chip demand.

"From the middle and late second quarter, customers are expected to accumulate their inventories again, leading to a bounce back in global chip demand," Lee Soon-hak, an analyst at Hanwha Investment & Securities, said.

"Samsung's first-quarter results reconfirmed that chip demand was bottoming out during the three-month period. Shipments of DRAM and NAND chips were better than expected, though its profitability worsened due to weaker memory chip prices."

Starting in the second half, Samsung is also expected to show improvements in other business sectors, with earnings of its IT & mobile communications division likely to better slightly on solid shipments of the company's flagship Galaxy S10 smartphone, Lee said.

The operating loss of Samsung's display segment is projected to narrow in the latter half on the back of a rebound in panel prices, he added.

Lee retained his "buy" investment rating on Samsung, the top-cap company in South Korea, and raised its target stock price to 58,000 won from 52,000 won.

Sounding another upbeat note on the global tech behemoth, Hana Financial Investment Co. said a recovery in the chip business environment has started to materialize, given the latest export data.

"Samsung Electronics' weak 1Q performance reflects cyclicality in its business lines, but the company has maintained very strong financial buffers that should help it operate through this downturn," Gloria Tsuen, a Moody's vice president and senior credit officer, said in a report.

Moody's expected demand to rebound in the memory chip sector in the second half, when data centers finish inventory adjustment and seasonality turns more favorable.

The global credit ratings agency predicted the firm's 2019 revenue and operating profits to decline by around 10 percent and 50 percent, respectively, from the record highs set in 2018, which would be comparable to levels between 2014 and 2016.
(END)