SEOUL, May 2 (Yonhap) -- The current leaders in batting average and ERA in South Korean baseball have been nominated for the top player honors in the first month of the 2019 season.

The Korea Baseball Organization (KBO) on Thursday announced three pitchers and two batters as nominees for the Player of the Month award for April. The award also covers the final week of March since the season began on March 23. 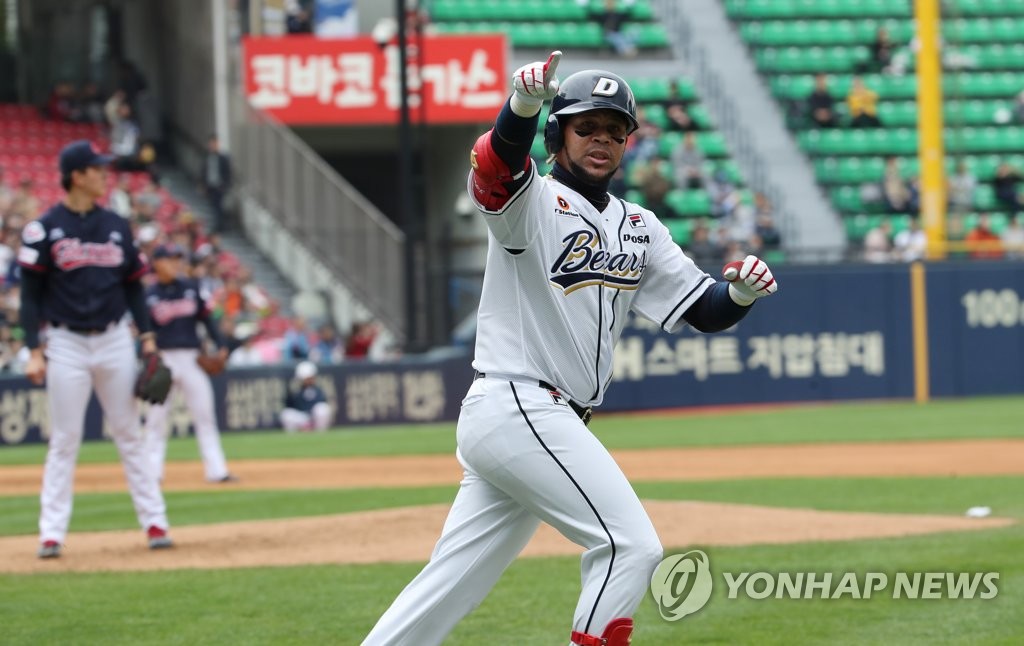 Jose Miguel Fernandez of the Doosan Bears is one of two hitters up for the award. Through the end of April, the first-year import from Cuba was leading the KBO with a .392 batting average, 49 hits and 79 total bases and was tied for the lead in both home runs (seven) and RBIs (30).

On the pitching side is Tyler Wilson of the LG Twins, who boasts a sparkling 0.57 ERA in seven starts. In a league-high 47 2/3 innings, Wilson has only allowed three earned runs and has gone 4-0.

Two Doosan pitchers, starter Josh Lindblom and reliever Lee Hyoung-beom, were also nominated. Lindblom is second to Wilson in ERA with 1.38 and is tied for the lead with five wins.

Lee also has five wins out of the bullpen, and he has two holds to go along with them in 17 appearances. 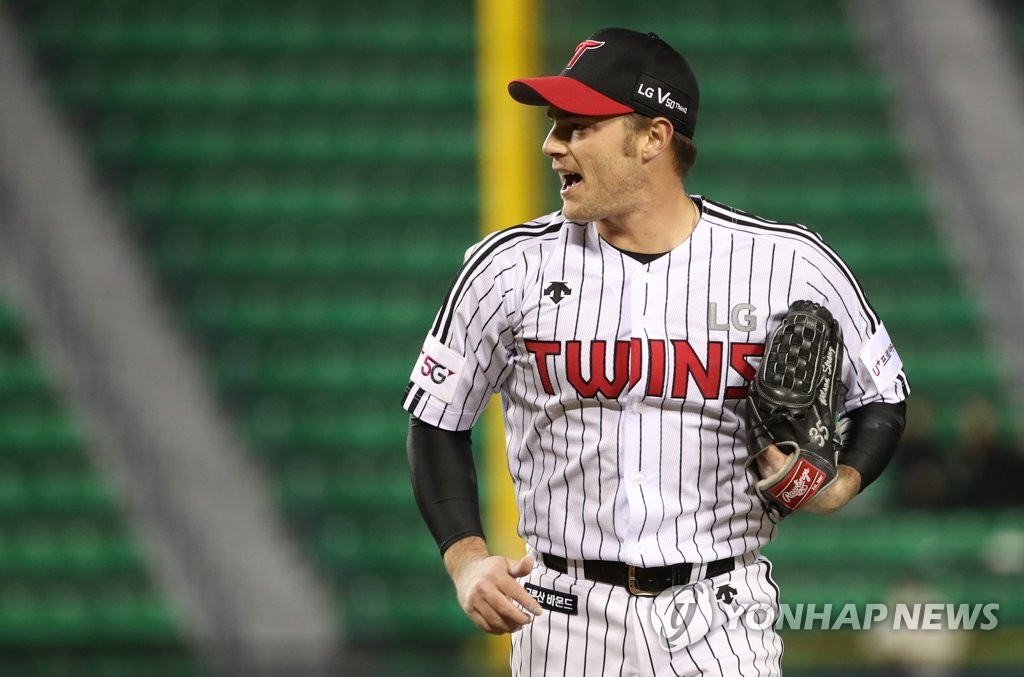 NC Dinos' catcher Yang Eui-ji is putting together an outstanding first season with the team after signing as a free agent. In 28 games through April, Yang was first in home runs (seven) and slugging percentage (.674) and ranked second in batting average (.358) and third in on-base percentage (.438).

The winner will be determined in a vote by the media, while fans can also cast their votes on the mobile application for Shinhan Bank, the title sponsor for the KBO. The fan voting closes at midnight Monday, and the winner will be announced next Wednesday. 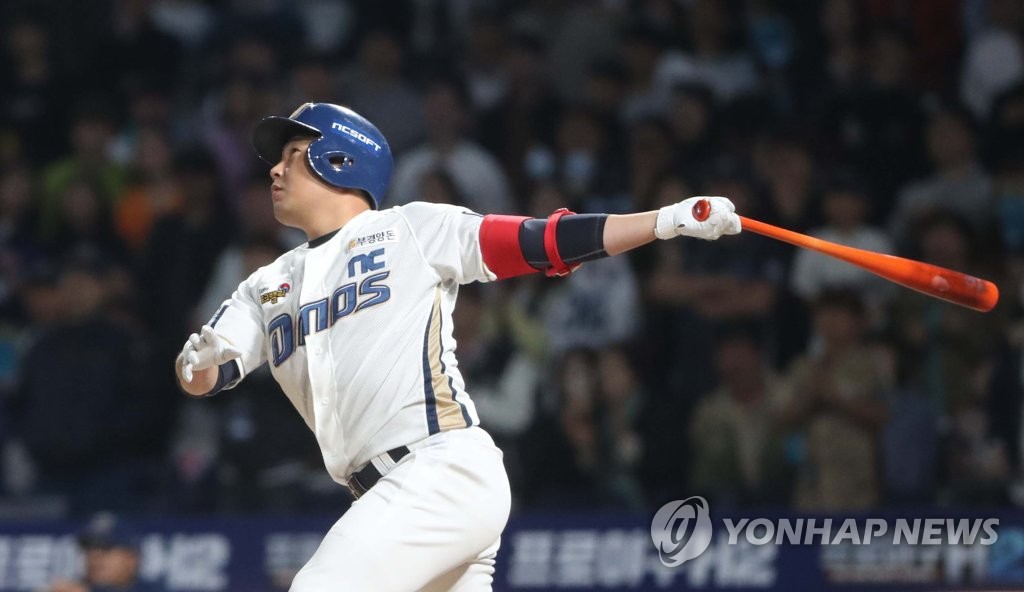