SEOUL, May 5 (Yonhap) -- North Korea has conducted a "strike drill" for multiple rocket launchers and tactical guided weapons to test their performance, state media reported Sunday, a day after the communist nation fired unidentified short-range projectiles into the East Sea.

North Korean leader Kim Jong-un supervised the "strike drill of defense units in the forefront area and on the eastern front which took place in the East Sea of Korea on Saturday," according to the Korean Central News Agency.

"The purpose of the drill was to estimate and inspect the operating ability and the accuracy of striking duty performance of large-caliber long-range multiple rocket launchers and tactical guided weapons by defense units in the frontline area and on the eastern front," the KCNA said.

"And the combat performance of arms and equipment and to more powerfully arouse the entire army to the movement for becoming crackshots with the drill as an occasion and thus put it at combat readiness posture all the time," it added.

Kim urged his troops to bear in mind "the iron truth that genuine peace and security are ensured and guaranteed only by powerful strength," the KCNA said. 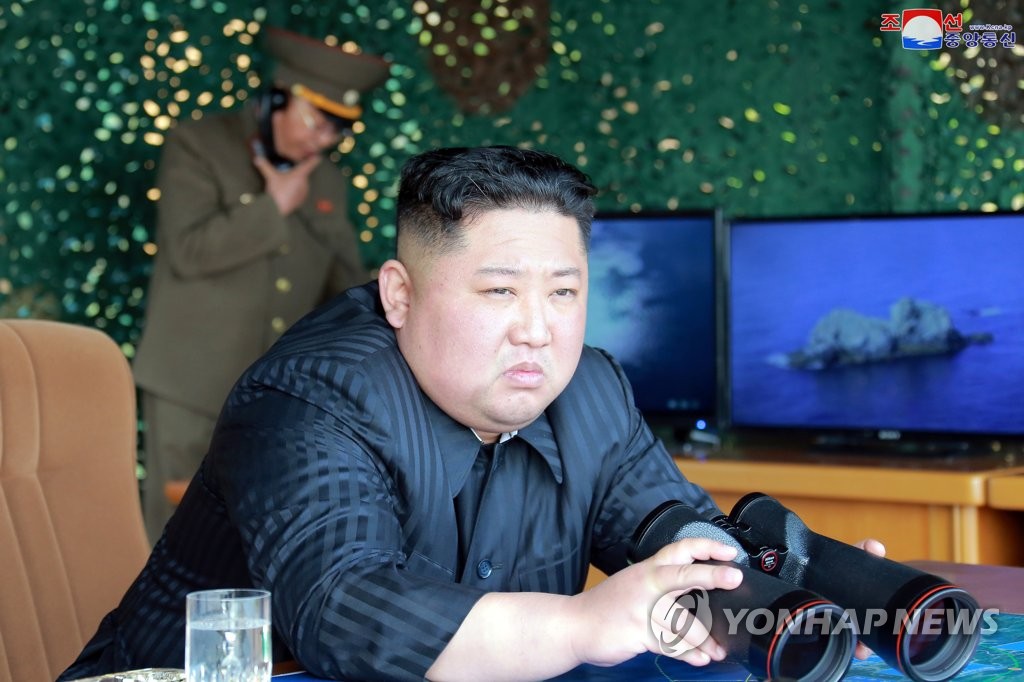 The ministry said they flew about 70 to 240 kilometers, modified from an earlier estimate that said the longest range stood at 200 km.

An observatory, where Kim seems to have watched the launches, was identified to have been set up at a location some distance away from the launch site, it added.

The ministry said South Korean and U.S. intelligence authorities are jointly analyzing the specifics of the weapons' types and capabilities.

"Our military is keeping the firm defense readiness together with the U.S. while backing up the ongoing diplomatic efforts with intense strength," it said in a release.

Experts said a weapon of similar appearance to Russia's tactical ballistic missile, the Iskander, was seen in photos released by the KCNA.

Iskander missiles can be fired a distance ranging from 60 to 500 km and are difficult to intercept, according to military experts.

If what North Korea referred to as the launch of "tactical guided weapons" was indeed the test of the North's version of the Iskander, it could be in violation of the U.N. Security Council resolution that bans the communist nation from all kinds of ballistic missile launches. 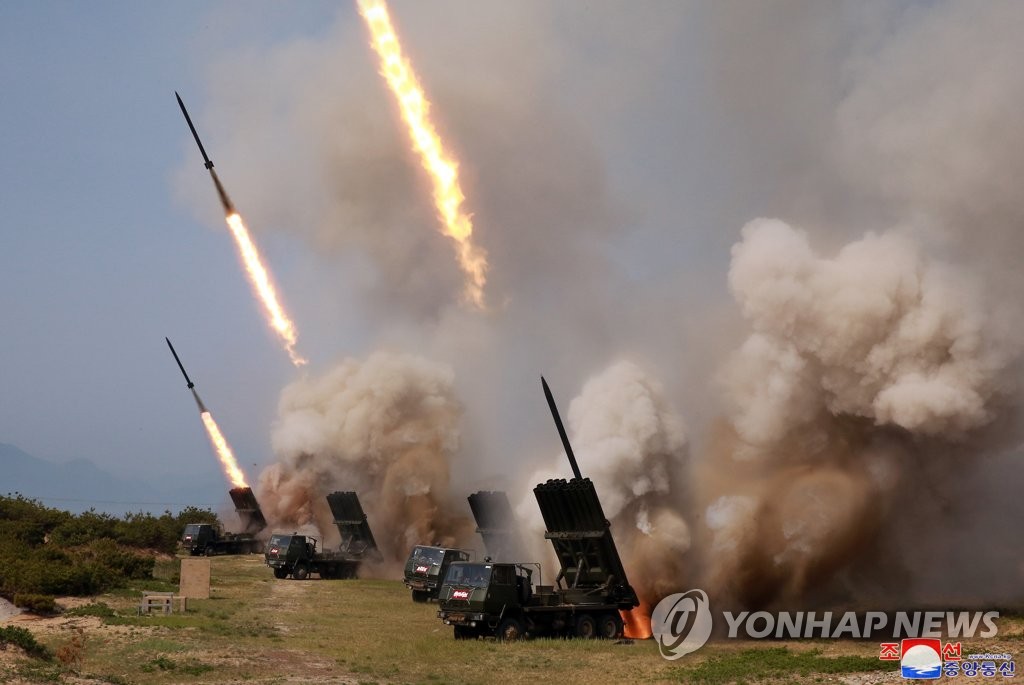 Experts say the firing appeared to be a carefully calibrated move by Pyongyang to pressure Washington into showing more flexibility in their nuclear negotiations without going as far as to derail the talks.

Nuclear negotiations have been stalemated after the second summit between Kim and Trump in late February ended without an agreement due to differences over Pyongyang's denuclearization steps and Washington's sanctions relief.

In a tweet hours after the projectile firing, U.S. President Donald Trump voiced his confidence that the North Korean leader will keep its promise on denuclearization.

"Anything in this very interesting world is possible, but I believe that Kim Jong Un fully realizes the great economic potential of North Korea, & will do nothing to interfere or end it," Trump tweeted. "He also knows that I am with him & does not want to break his promise to me. Deal will happen!"

Since the breakdown of the summit in February, Pyongyang has intensified calls on Washington to ditch its hard-line stance on denuclearization talks.

Last month, Kim said in a key policy speech that he is willing to hold another summit with Trump if the U.S. comes up with a new proposal acceptable to him before the end of the year.

North Korea has not test-fired a ballistic missile since November 2017, a lull that Trump has hailed as one of his major achievements in denuclearization talks with Pyongyang. 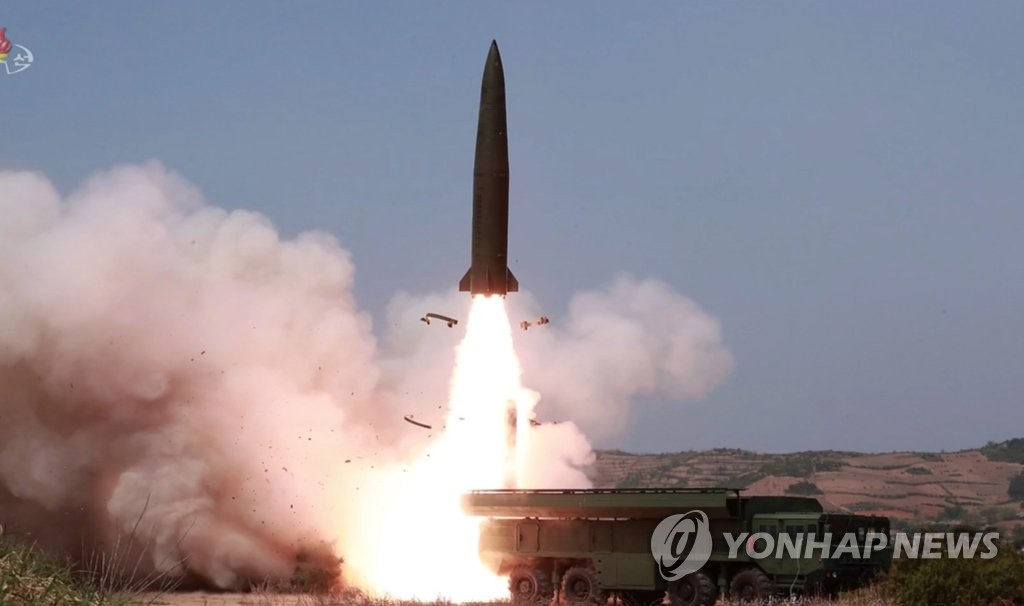