On Saturday, the communist country fired several short-range projectiles over the East Sea from its east coast town of Wonsan over a 20-minute period starting at 9:06 a.m., according to Seoul's Joint Chiefs of Staff (JCS).

Less than an hour later, the communist country launched a different type of projectile, sources said, adding that they appeared to have fired off two rounds.

"Our analysis indicates that (North Korea) is believed to have tested 240-mm and 300-mm multiple rocket launchers, as well as a new type of tactical guided weapons," the ministry said in a release.

Noting that they flew around 70 to 240 kilometers, the ministry said South Korean and the U.S. intelligence authorities have been analyzing exactly what the communist nation launched.

Earlier in the day, the North's Korean Central News Agency said it has conducted a "strike drill" aimed at testing the performance of "large-caliber long-range multiple rocket launchers and tactical guided weapons" by its defense units. 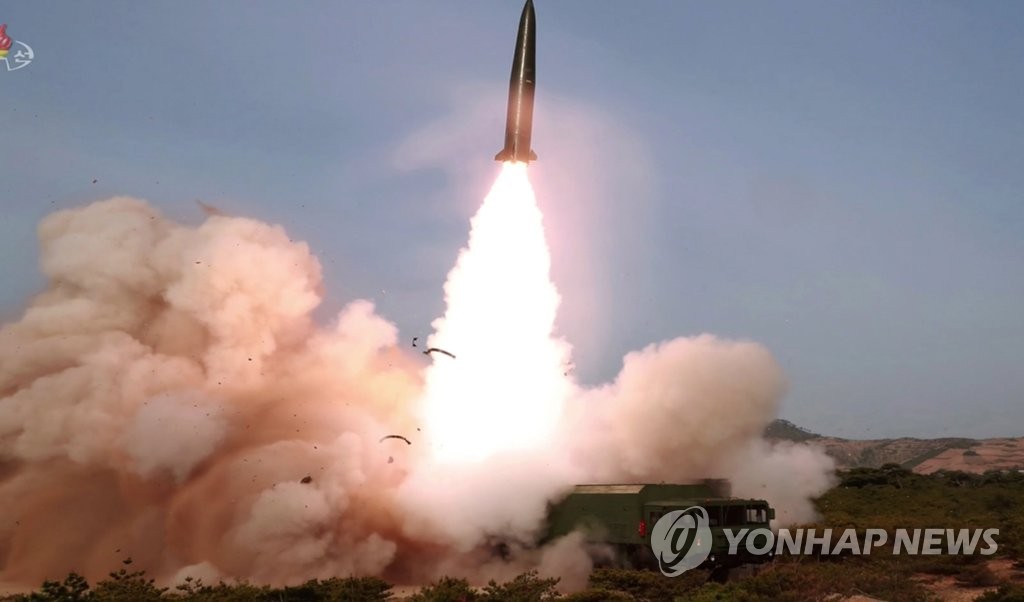 While the military authorities said it is "too early to decide whether the tactical weapons are ballistic missiles or not," photographs released by the agency indicate that they are short-range, ground-to-ground ballistic missiles, which are known as the North Korean version of Russia's Iskander, according to experts.

The solid-fuel missiles can fly as far as 300 km to put quite a large part of the Korean Peninsula within their range, and they are capable of neutralizing the advanced U.S. anti-missile defense system (THAAD) and are nearly impossible to prevent from launching due to their mobility, experts noted.

"The missiles fired on Saturday bear similarity to the weapons it showed off during its military parade in February 2018, but it has not test-fired them before," a JCS officer said.

The JCS initially announced that North Korea fired "short-range missiles" but later relabeled them as only "projectiles."

The officer also stated that the weapons are not identical to what it test-fired in April, which was known as "a new tactical guided weapon for ground combat" and not a ballistic missile.

Kim Jong-un has since declared a moratorium on nuclear and ICBM tests, and launching short-range missiles does not renege on its self-declared moratorium.

But the launch of tactical guided weapons could be a violation of the U.N. Security Council resolution that bans the communist nation from all kinds of ballistic missile launches.

Confirming the KCNA report, Seoul's defense ministry also said that North Korean leader Kim Jong-un supervised Saturday's drill, adding that an observatory was set up some distance away from the launch site.

"Our military is maintaining the firm defense readiness posture together with the U.S., while backing up the ongoing diplomatic efforts with intense strength," it said in a release. 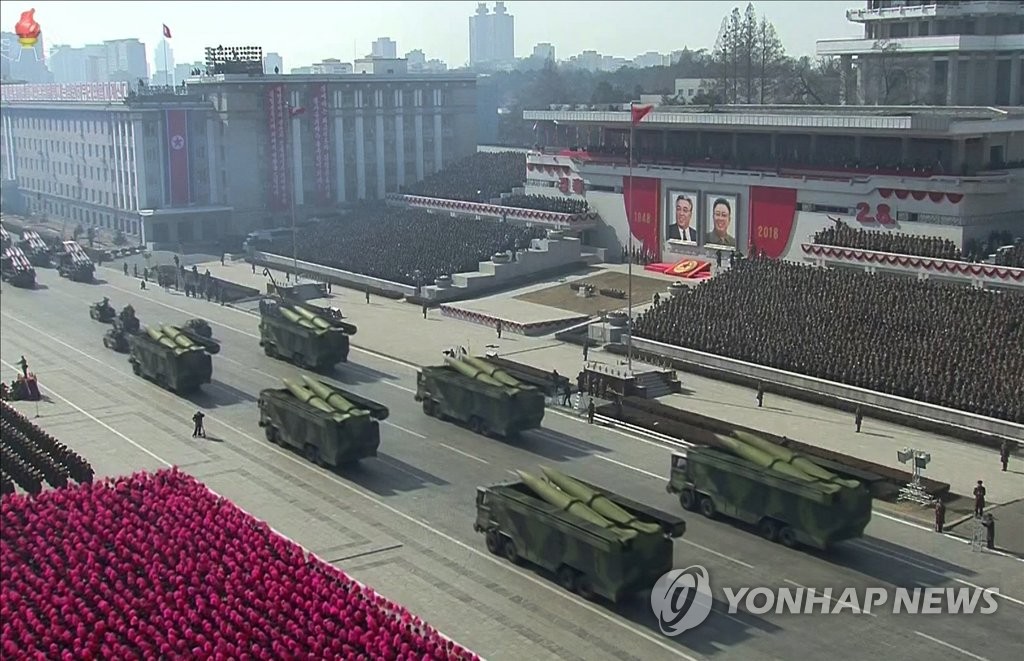