SEOUL, May 6 (Yonhap) -- The market value of companies affiliated with Hyundai Motor Group has increased at the fastest clip among South Korea's top 10 conglomerates this year thanks to the automaker's upbeat sales of SUVs, which also led to a surge in its first-quarter earnings, industry data showed Monday.

The combined market capitalization of Hyundai Motor Co., Kia Motors Corp and nine other subsidiaries on the Seoul bourse stood at 99.4 trillion won (US$85 billion) as of Friday, up 21.9 percent from Jan. 2, according to the data compiled by corporate tracker FnGuide.

Shares of the automakers struggled in the local market last year due to the sluggish Chinese business, but they rebounded this year thanks to robust sales of SUVs in major markets, including the United States.

As a result, shares of Hyundai Motor and Kia Motors have soared 20.6 percent and 36.9 percent this year, respectively.

The market value of companies under Samsung Group increased 13.9 percent over the period to 448.4 trillion won, maintaining the country's top market cap.

The growth was mostly led by its crown jewel Samsung Electronics Co., whose shares gained on hopes that the memory chip market will rebound in the latter half of the year despite its tepid first-quarter earnings. 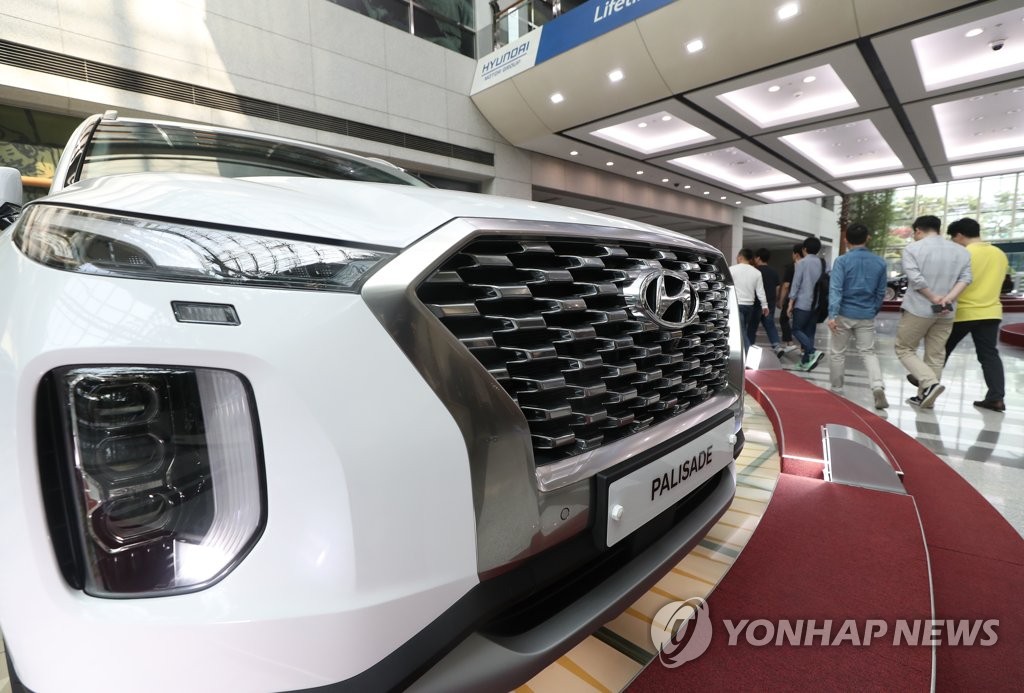