SEOUL, May 7 (Yonhap) -- Flame-throwing reliever Cho Sang-woo has broken his own record for the fastest pitch in the Korea Baseball Organization (KBO) this year.

Cho, right-handed closer for the Kiwoom Heroes, threw a fastball that clocked at 157.2 kilometers per hour (km/h), or 97.7 miles per hour, against Jamie Romak of the SK Wyverns last Thursday, according to Sports 2i, the official statistics provider for the KBO.

Cho held the previous record with 156.9 km/h from an April 13 game against the Hanwha Eagles.

Cho has yet to allow a run in 15 1/3 innings of work this season, and he's leading the KBO with 13 saves in 14 appearances. He has 19 strikeouts against three walks.

He has been a two-pitch hurler all season, having only offered four-seam fastballs (74.4 percent usage) and sliders (25.6 percent) to hitters. Opponents are batting just .189 against the 24-year-old. 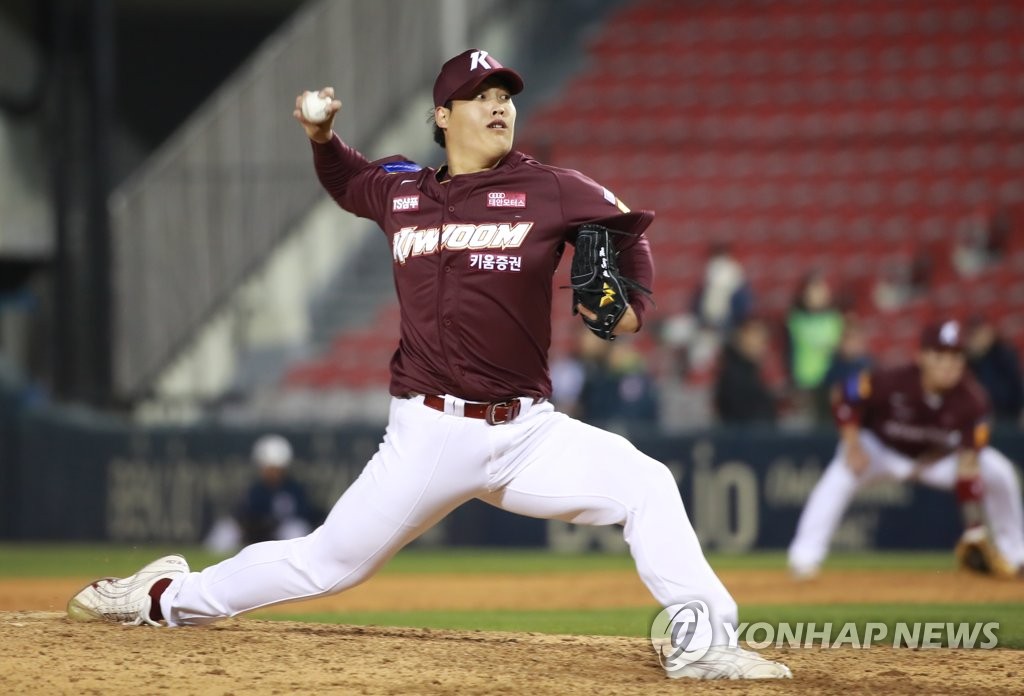