"I understand that Russia relayed the message (to Kim) that progress in inter-Korean relations is very important and so is the dialogue between the North and the U.S.," Ambassador Lee Sok-bae told reporters, referring to the first summit between Putin and Kim held in Russia's Far East city of Vladivostok on April 25.

The ambassador, who previously served as consul general in Vladivostok, also said he will strive to keep up close bilateral cooperation between Seoul and Moscow so as to have the North on track for building permanent peace on the Korean Peninsula.

"(I) intend to work closely with Russia so that North Korea won't run off course," he said. 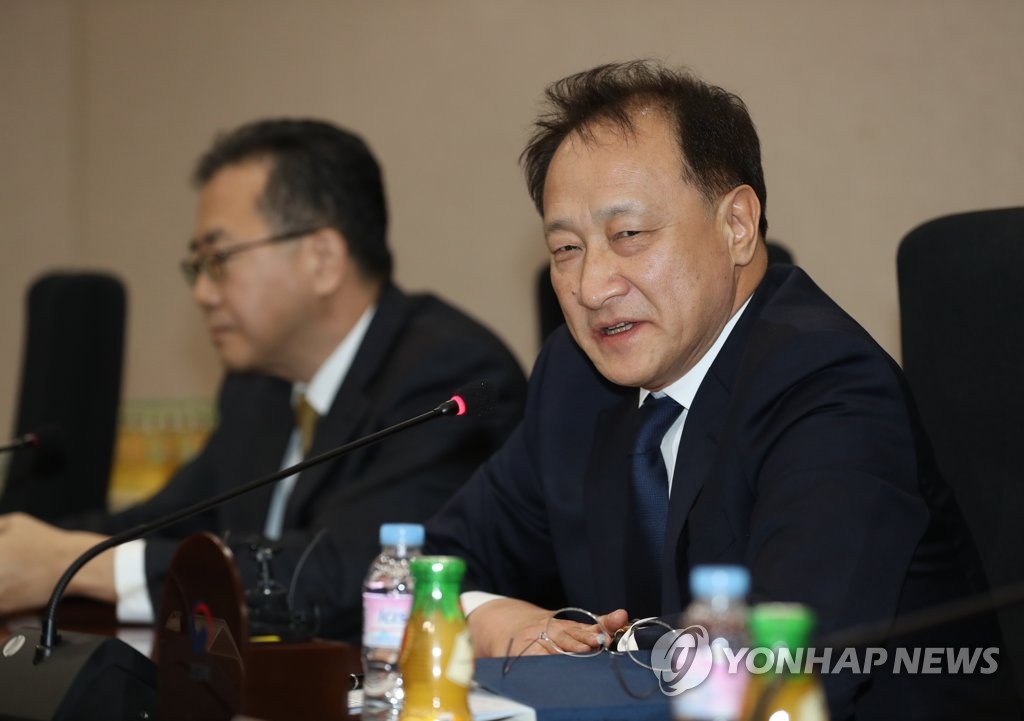 Lee said that close consultations between South Korea and Russia are an essential element for building peace in the region and achieving denuclearization of the Korean Peninsula.

He also vowed efforts to expand trade and investment between the two countries.

"I will try to conduct discussions with Russia in a speedy manner so that free trade negotiations in the services sector between the two countries will kick off at an early date," he said.

Trilateral economic cooperation projects between the two Koreas and Russia will be a key focus of his embassy, Lee said, as pushed by President Moon Jae-in under the broader scheme of the "New Northern Policy" aimed at boosting ties with North Asia and Eurasian countries.

"Such cooperation is very important, not only in terms of having more trade with Russia's Far East, but also in light of preparing for any changes (that may unfold) in the region, like the lifting of U.N. sanctions on North Korea," he said.