SEOUL, May 7 (Yonhap) -- South Korea's defense ministry told the National Assembly on Tuesday that, at the current stage, it is hard to pinpoint that some of the projectiles fired by North Korea last week were short-range missiles.

The ministry briefed lawmakers of the parliamentary defense committee on the North's launch of some 10 to 20 projectiles into the East Sea on Saturday during its firing drills, according to Rep. Ahn Gyu-back, the chairman of the panel.

"It is difficult to pinpoint the exact number of the projectiles and their types," the ministry was quoted as saying by Rep. Ahn.

The firings came amid stalled denuclearization talks between the United States and North Korea following the breakdown of the Hanoi summit between their leaders in February. 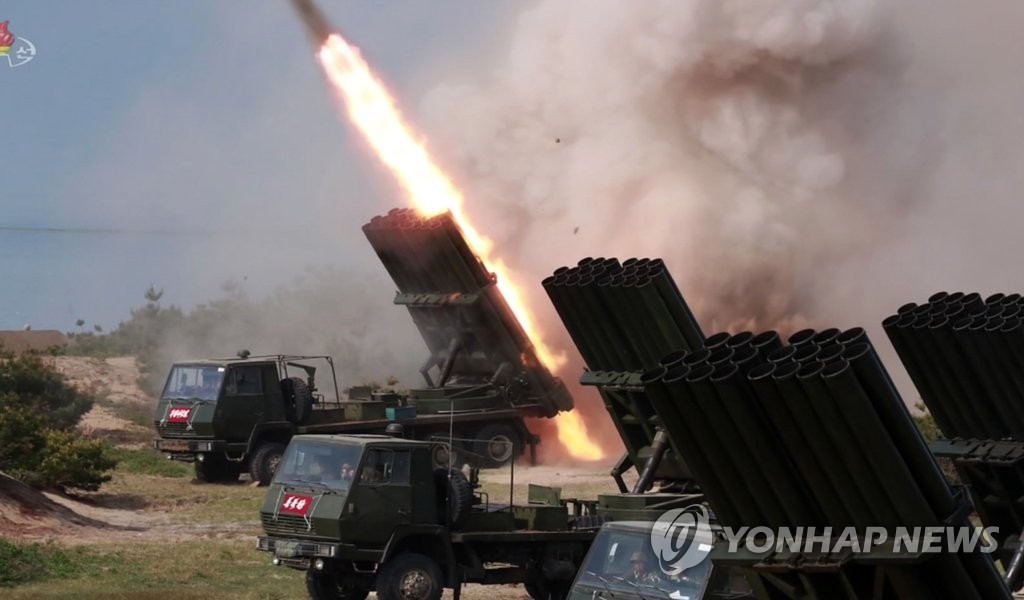 South Korea's spy agency told the National Assembly on Monday that it does not see the North's latest firing as provocative. It also added that the North does not intend to break the current mode for denuclearization talks with the United States.

"North Korea apparently sought to give some signals to South Korea and the U.S. by unveiling its news report on the firing," the ministry said.

"The move was apparently aimed at pressing Washington to change its attitude and strengthening internal solidarity by solacing complaints from the North's military," it added.

After the briefing, Rep. Ahn told reporters that there is a high possibility that the projectiles were not short-range missiles, given flying distances.

Given that short-range missiles fly up to 1,000 kilometers, the projectiles, which flew some 200 km, do not appear to be missiles, Ahn said.

"South Korea and the U.S. are closely analyzing the types of the projectiles. My remarks did not mean that they are never missiles," he said later in a statement.

"The military is closely monitoring the situation while keeping an alert posture. There are no signs of an additional firing," the ministry was quoted as saying by Rep. Cho Jeong-sik, the policy chief of the ruling Democratic Party.

"The ministry should have actively denounced the North's provocation, but appears to be handling the case from a political perspective," she said.