During the 35-minute conversation, Moon briefed Trump on his government's position on North Korea's launch of "short-range projectiles," including a tactical guided weapon, over the weekend.

And they discussed ways to keep Pyongyang on the dialogue track despite the firing, the presidential office added.

They agreed that the allies' response to the North's firing via a close coordination was "appropriate and very effective." 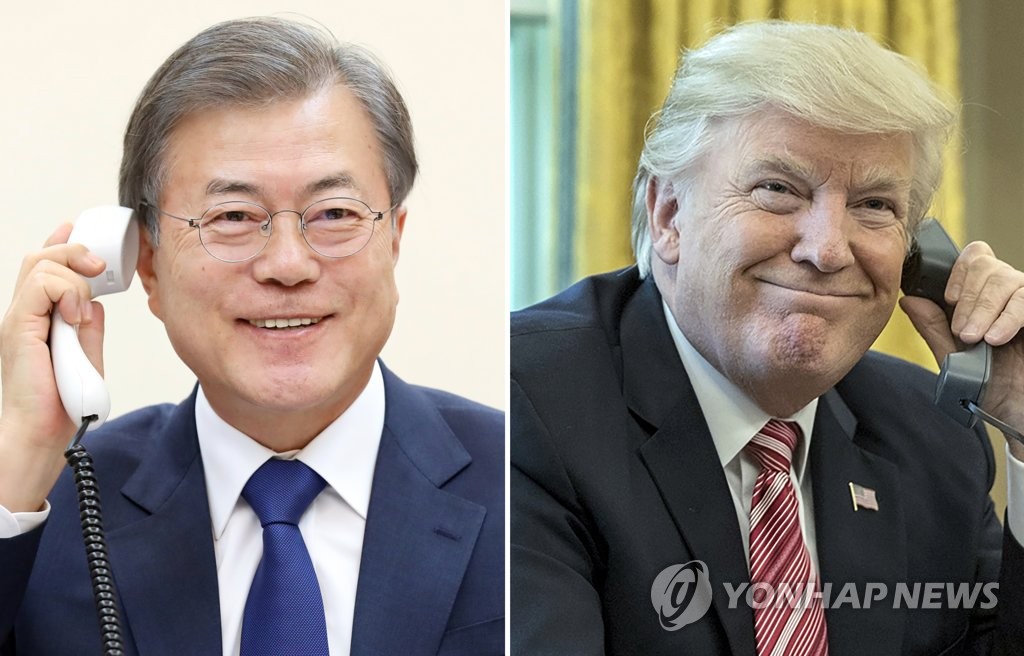 Moon noted Trump's tweet message that Kim "knows that I am with him & does not want to break his promise to me."

The two leaders exchanged views as well on a joint report by the World Food Program and the Food and Agriculture Organization that 10 million people in the impoverished communist nation, 40 percent of the population, are in urgent need of food.

"President Trump assessed that South Korea's provision of food to North Korea in a humanitarian move will be very timely and a positive step and supports it," Cheong Wa Dae spokesperson Ko Min-jung said.

Moon and Trump agreed to consult closely with each other on ways for the U.S. president to visit South Korea in the near future, it said.

Trump plans to travel to Northeast Asia in late May and June.

It was their 21st round of phone talks, which came about four weeks after their White House summit.