(ATTN: RECASTS headline, throughout with minister's remarks)
By Koh Byung-joon

SEOUL/PAJU, South Korea, May 8 (Joint Press Corps-Yonhap) -- Unification Minister Kim Yeon-chul traveled to North Korea on Wednesday in his first trip across the border since taking office, reaffirming Seoul's commitment to carrying out summit agreements between the two sides.

Kim, who took office as Seoul's point man on the North last month, visited the inter-Korean liaison office in the North's border city of Kaesong that the two sides established last year as part of the implementation of summit agreements between President Moon Jae-in and North Korean leader Kim Jong-un.

During the visit, Kim also met briefly with North Korean officials working there.

"I asked them to work toward the normalization of the operation of the liaison office," Kim told reporters on returning from the trip. "The North Korean side shared the view, saying that they have a strong will to implement South-North joint declarations (signed in summits last year)."

The two Koreas launched the liaison office in September as part of efforts to bolster cross-border exchanges. But the office has effectively been idling as inter-Korean exchanges and cooperation made little headway due to the lack of progress in denuclearization negotiations between the U.S. and the North.

Nuclear negotiations have been at a stalemate since the second summit between North Korean leader Kim Jong-un and U.S. President Donald Trump in February ended without an agreement due to differences over Pyongyang's denuclearization steps and Washington's sanctions relief.

Kim's trip to the North came days after the North fired a barrage of short-range projectiles off the east coast Saturday, including what it claimed was a newly developed "tactical guided weapon," in an apparent show of frustration over the stalled nuclear talks with the United States.

Despite the firing of the weapons, Seoul and Washington have shown measured responses without denouncing the act as a provocation in an apparent effort to keep the negotiating process with Pyongyang alive. The two sides have also been talking about providing food aid to the North.

U.S. President Donald Trump also expressed support for offering food assistance to the North when he spoke by phone with President Moon Jae-in on Tuesday night (Korean time), saying it will be a "well-timed and positive measure."

Kim's ministry said it will closely cooperate with the international community to determine how much, when and in what method food assistance will be provided to the North that's reportedly suffering from an acute food shortage due to years of droughts and floods.

The minister said he did not discuss those issues with the North Koreans, saying they were not the focus of his hourslong trip to the office. On the issue of food assistance to North Korea, however, he said that his ministry will soon start internal discussions. 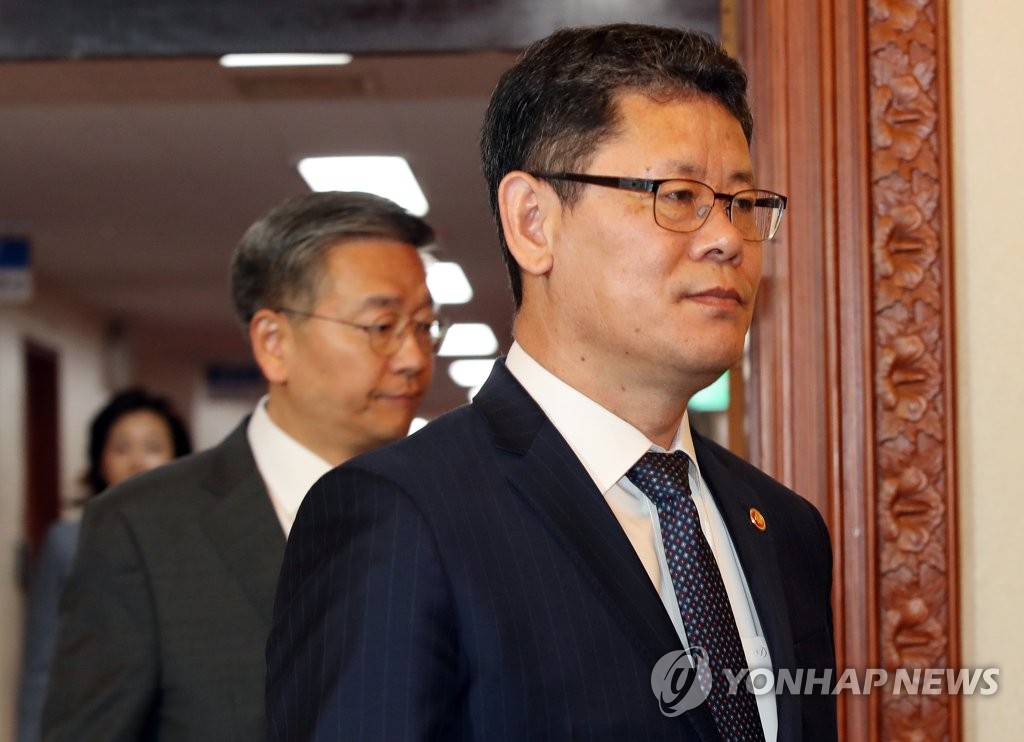